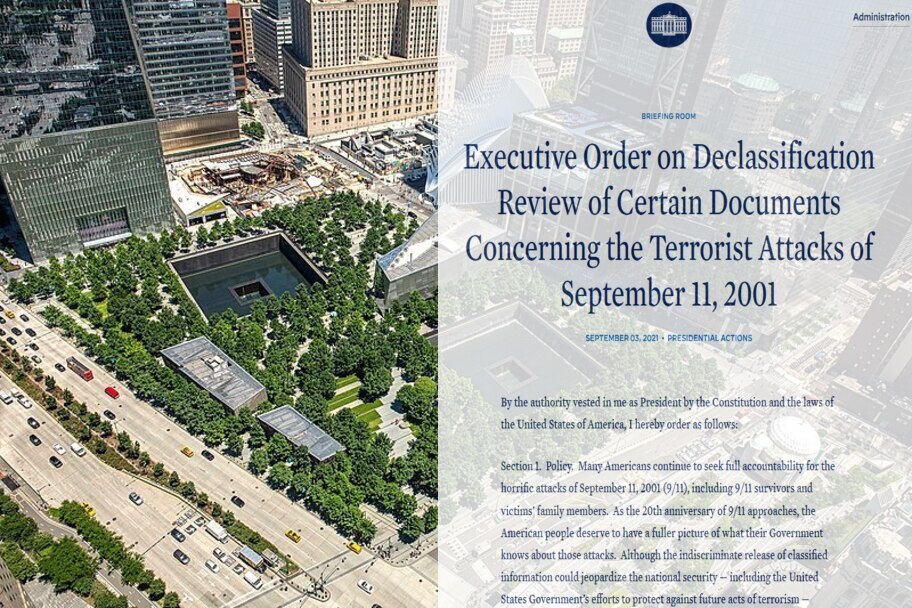 Image: Commons/The White House​
On the eve of the 20th anniversary of the September 11 terrorist attacks, a cache of classified files, which may contain vital information related to the involvement of the Saudi government in the tragic 2001 event, will be made available to the public. On Friday, President Joe Biden signed an executive order instructing the Justice Department and other agencies responsible for the 9/11 investigation to declassify a partial list of the controversial documents.

This decision by the President comes after a year-long legal battle brought on by 9/11 victim's families, who are very critical of the current administration for trying to keep under wraps what they consider to be condemning evidence of Saudi Arabia's true role in the attacks. Last week, more than 1,800 relatives, survivors, and first responders publicly denounced Biden's future participation in this year's 9/11 memorial event as a vacuous act devoid of any real transparency.

"Six months ago the 9/11 community had great hopes that President Joe Biden would be the long lost champion of those directly affected by this murderous attack on our nation, finally placing the values of truth, justice, and accountability before the interests of the Kingdom of Saudi Arabia. The significant events in question occurred two decades ago or longer, and they concern a tragic moment that continues to resonate in American history and in the lives of so many Americans. It is therefore critical to ensure that the United States Government maximizes transparency, relying on classification only when narrowly tailored and necessary."

The executive order passed on Friday - considered by many to be a gesture of sympathy to all 9/11 victims - should further clarify the alleged extent and participation of Saudi Arabia and other Persian Gulf nations in one of the most tragic chapters in modern U.S. history and the world's due to its long-lasting repercussions.
Share:
Facebook Twitter Reddit Pinterest Tumblr WhatsApp Email Share Link
Top Bottom