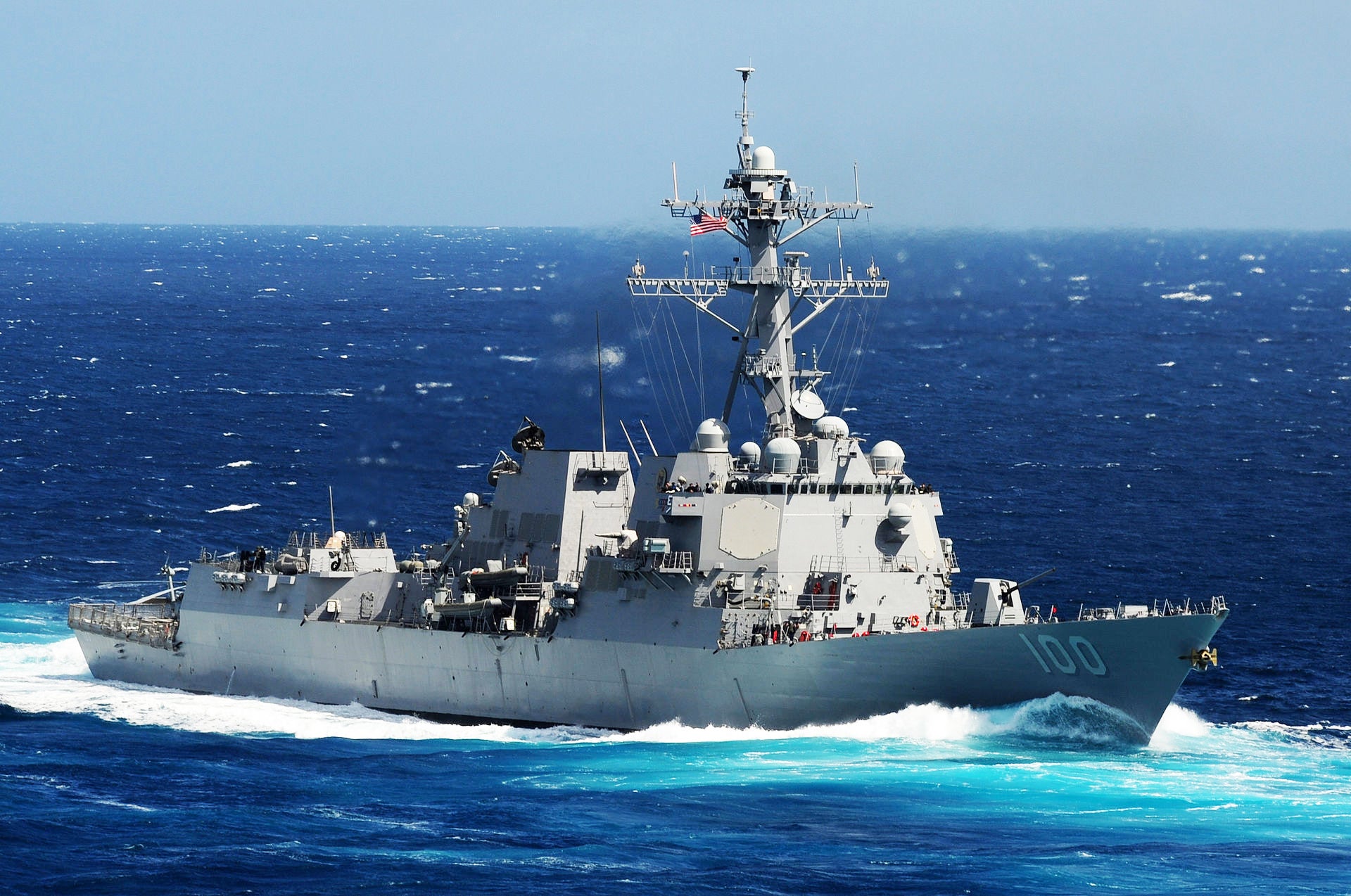 Image: US Navy
​
A Freedom of Information Act (FOIA) request filed by the news outlet The Drive, has uncovered a shocking incident of possible interstellar magnitude. According to the disclosed report, several US Navy vessels on a 2019 training mission off the coast of Southern California were buzzed and harassed by a multitude of unidentified aerial vehicles (UAVs) of unknown origin.

The UAVs were monitored over several days by the crew of the USS Kidd, among others, flying over the ships at high speeds, low altitude, and performing incredible maneuvers not observed in any weapons platform in the US arsenal. The incident prompted an investigation that reached the top levels of the Navy's chain of command and even the Federal Bureau of Investigation. The vivid details of the events are found in the link below. The disturbing series of events during the summer of 2019 resulted in an investigation that made its way to the highest echelons of the Navy.

Yet they didn't shoot one down ?

I would have thought that, having ascertained that the objects didn't belong to people like Russia and China, they would have been justified in doing so.

Staff
No, but they took a lot of footage of the UAVs.
D

Interesting article. There were several references in the piece that they could have been unknown US drones or UAV's.
Apparently there is a launching base nearby to where they were at but they said thay had no drones up those days...but we all know that the various branches of the military dont' always cooperate.
To imply it was aliens is of course a stretch but it's always possible.
My thoughts have always gone to why aliens would bother to 'buzz' a ship like that. What are they hoping to learn? Surely if aliens are here and have been monitoring us they know all about our Naval ships by now. So what's the point? And why multiple UAV's...wouldn't alien technology be capable of sending one to gather data on a ship? It almost seems like they wanted the ship to respond. As HAL said I'm surprised they didn't take a pot shot at the UAV's.

Staff
A hard lesson learned during the Vietnam War prevents the US from engaging UFOs in combat.
2

I'd pester the heck out of any war machine if I was an 'alien'. Lol
D

LETA said:
A hard lesson learned during the Vietnam War prevents the US from engaging UFOs in combat.
Click to expand...

You want to explain that one...? With some actual evidence....or not
H 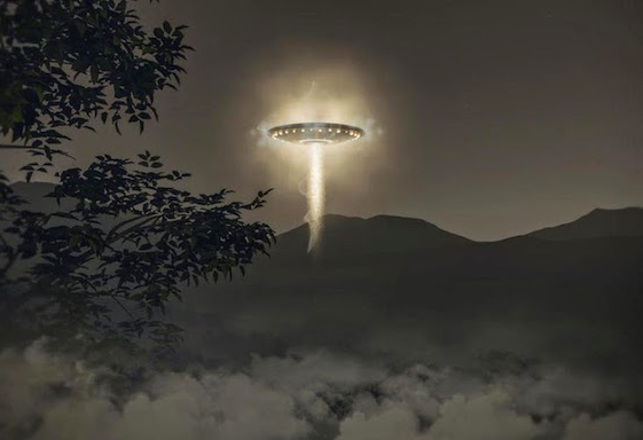 var addthis_config = {“data_track_clickback”:true}; On Page 18, it is briefly stated that: “During Feb, there were 173 Unidentified Flying Objects (UFO) Sightings” in the Operational Report – Lessons Learned, Headquarters, I Field Force Vietnam, Period Ending 30 April 1969. The report...
verytopsecret.info 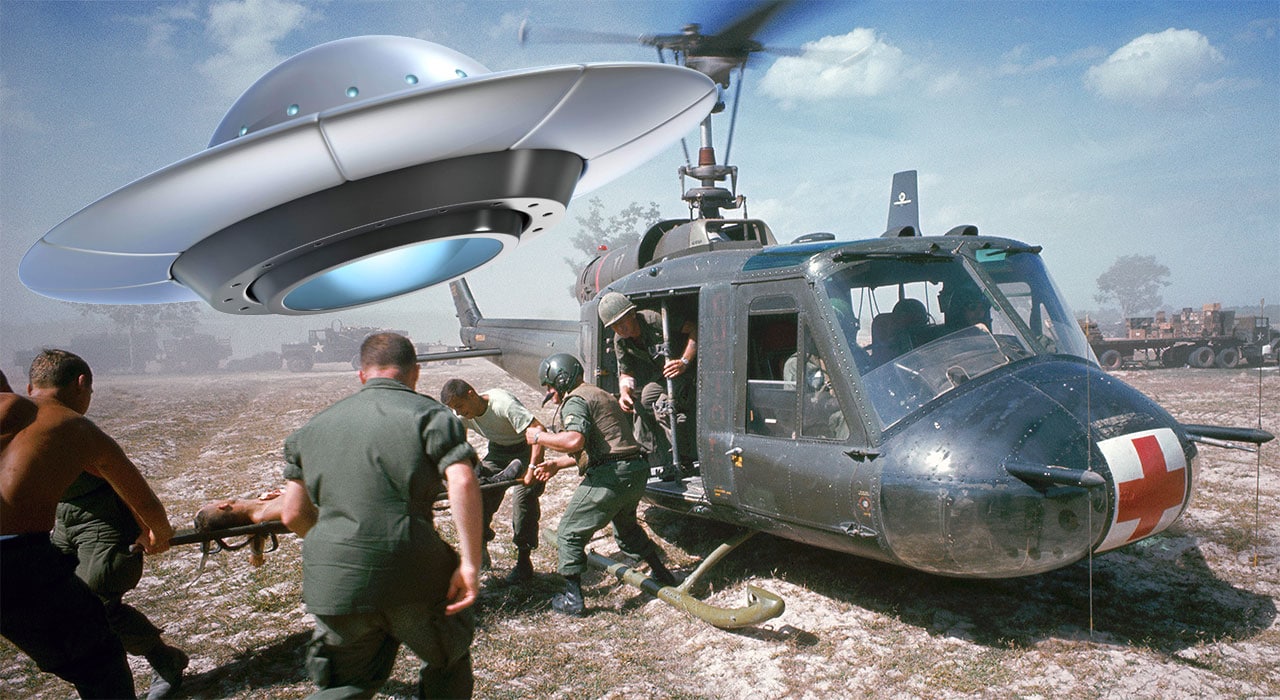 The Vietnam war, like many other conflicts throughout history is littered with UFO sightings and accounts. They are also full of the darkest conspiracies of opium being stashed inside the dead bodies of US soldiers and smuggled back to the United States – all under the orders of the intelligence...

I do recall some stories on one of the 'History' channel episodes a few years ago about soldiers in Nam claiming they saw and interacted with ufos.....I don't know of any documented events where there was any combat involved with it.
Hunter just posted some links for info.
O

I cannot find anything that verifies military engagement in Vietnam with UFOs...But there has been speculation that a lot of the guys missing in action in Vietnam may have been snatched off the face of the Earth by little green men.....Read Daivid Green Beckley's "UFO Hostilities And The Evil Alien Agenda.." It's available on Kindle...Though I will admit some of his theories are a little out there...
H

That is one hell of a lot of info.

Needs a lot of thinking.
O

HAL said:
That is one hell of a lot of info.

It's like anything else with alien-ufo pseudoscience...Take what you can use and throw the rest out with the baby and the bath water...
H

It begs the question 'Why this particular conflict' ?

HAL said:
It begs the question 'Why this particular conflict' ?

You could ask the same question about the Roosevelt and Nimitz encounters....What? Been 20+ years and no one has seen any sign of the things that were spotted then.....

Orb-Like UFO’s Seen Watching Over The War In Syria One thing that we have always stated here at U.I.P is that the large brightly lit plasma Orbs which are showing up around the world, appear to be watching over us and … Read More →
www.ufointernationalproject.com

Just Google Syrian War UFOs hundreds of pages! Of course as with anything in the alien-ufo pseudoscience field that photo was most likely doctored.
H

And in the end we are back to the question, where do they come from ?

Dr Wu said:
You want to explain that one...? With some actual evidence....or not
Click to expand...

HAL said:
And in the end we are back to the question, where do they come from ?
Click to expand...

If we knew that there would be no need for this forum would it? They're bad radar ufos.

Oh yeah thats about as biased as you can get I would say.
D

HAL said:
It begs the question 'Why this particular conflict' ?

It is not just restricted to Vietnam or any single conflict. UFO's have been buzzing the military since humans have been fighting wars, you have heard of Foo Fighters, Gordon Cooper talks a lot about them when he fought in Korea. Foo Fighters was just the name the pilots used for UFO's. It is just that most skeptics just call bullshit and thats the end of it. What evidence other than peoples personal accounts can be found from conflicts that were decades ago, it is nearly 80 years since the end of WW2. No one is left to tell there story or defend what they saw. It is mighty easy to play devils advocate and brush it off due to no proof. When skeptics are willing to discount the possibility of ET, with the likes of Tic Tac, Rendlesham, etc.
A log book entry in a 1950s pilots journal is not going to even get a look in for consideration is it. It Could have been Kirk himself, but without proof it is not even considered.
Share:
Facebook Twitter Reddit Pinterest Tumblr WhatsApp Email Share Link
Top Bottom