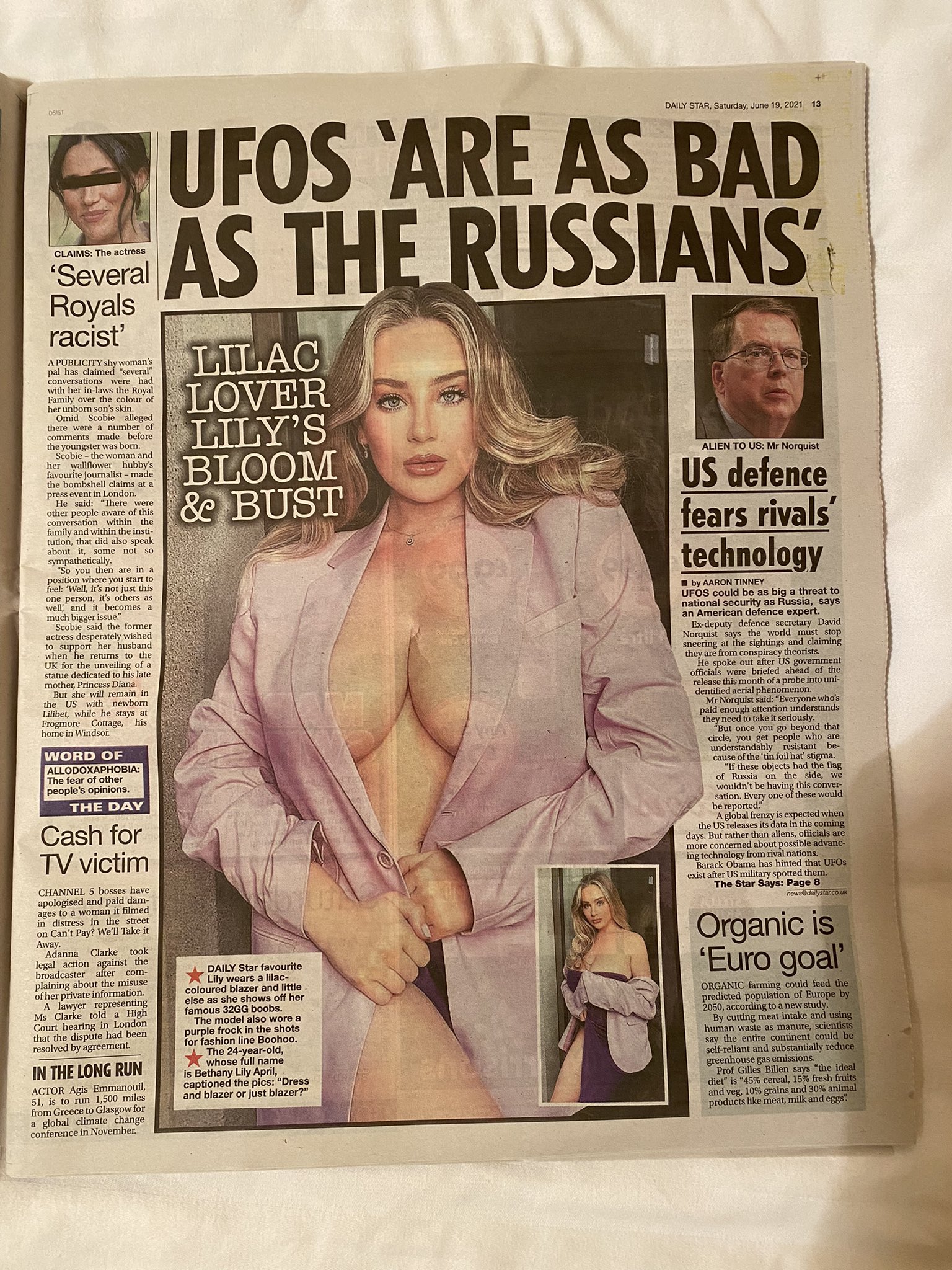 Image: Daily Star​
With the deadline fast approaching for the office of the Director of National Intelligence (DNI) to release its report on UFOs to Congress, the US Intelligence agencies in the Pentagon are scrambling to find an adequate strategy to communicate with the public about this perennial phenomenon that refuses to go away.

During a publicly held meeting with senior staff from both the Defense Intelligence Agency (DIA) and the National Security Agency (NSA), members of Congress questioned and instructed said agencies about the urgent necessity of sharing classified intelligence with the public and foreign allies in order to counter misinformation currently being spread by China and Russia.

The rationale behind this mandate comes after a group of high-ranking military officers made an appeal for declassification and distribution of intelligence data among the “Five Eyes” nations, which comprise of the United States, Britain, Australia, Canada, and New Zealand.

This new directive to disseminate previously classified material directly affect how UFO-related data will be handled and shared among intelligence agencies and their partners abroad. With the information spigot about to be turned on, a potential torrent of UFO footage culled from satellites and various others monitoring assets could flood the public at any moment.

This recent development in Washington coincides with a statement given to the media this past week by David Norquist, who served as the United States deputy secretary of defense from 2019 to 2021. He warned that dismissing UFOs as a "conspiracy theory" could endanger US national security and open up the nation to an even greater threat than that presented by Russia. Ronald Moultrie, who is the current undersecretary of defense for intelligence, agrees that an informed citizenry is the best weapon against the ever-increasing threats the US is facing. 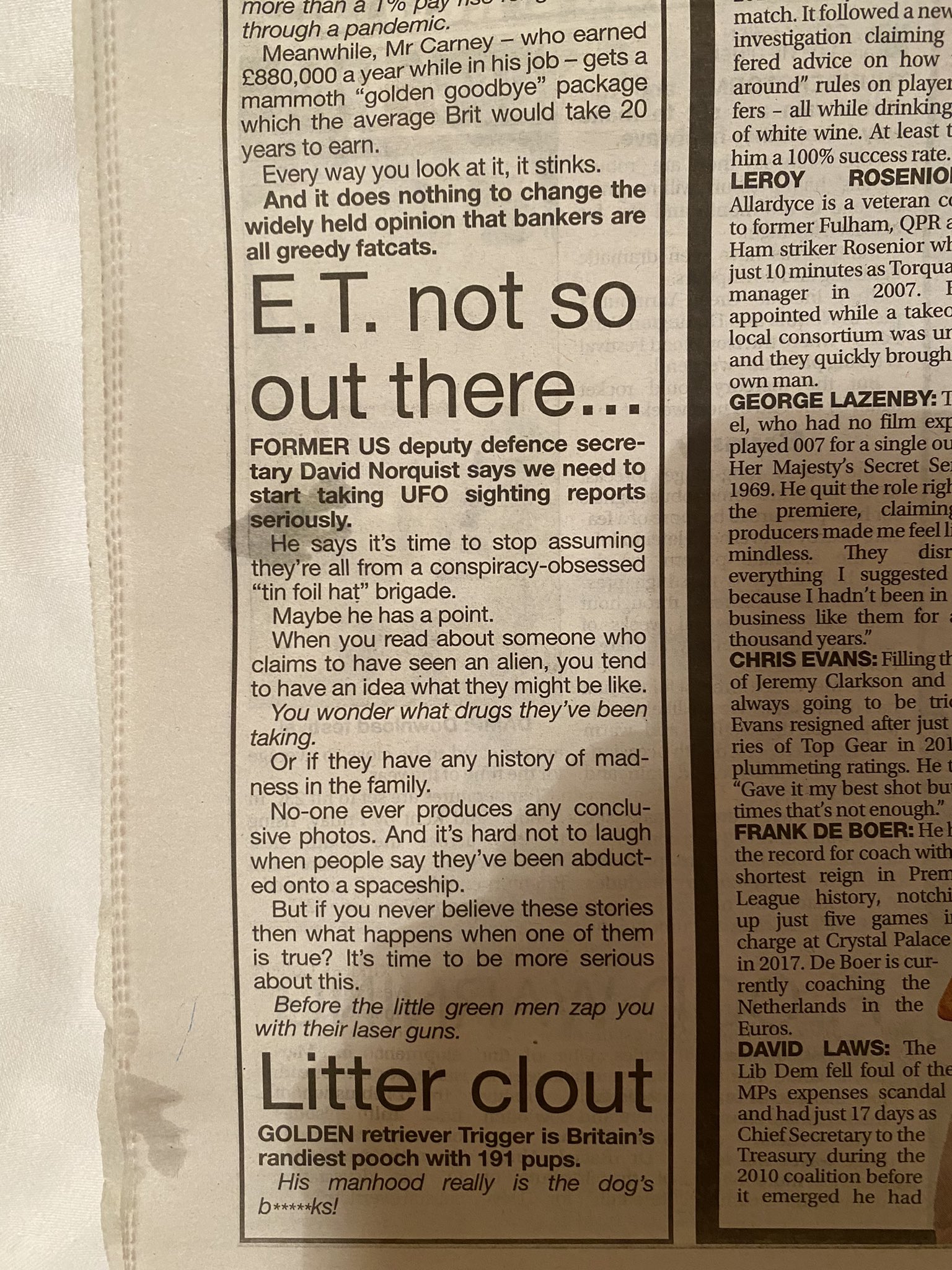 Yep its like walking through the forest ying there are no trees here and then one day a branch lands on your head and kills you.
Skeptic till the end... The vert end. 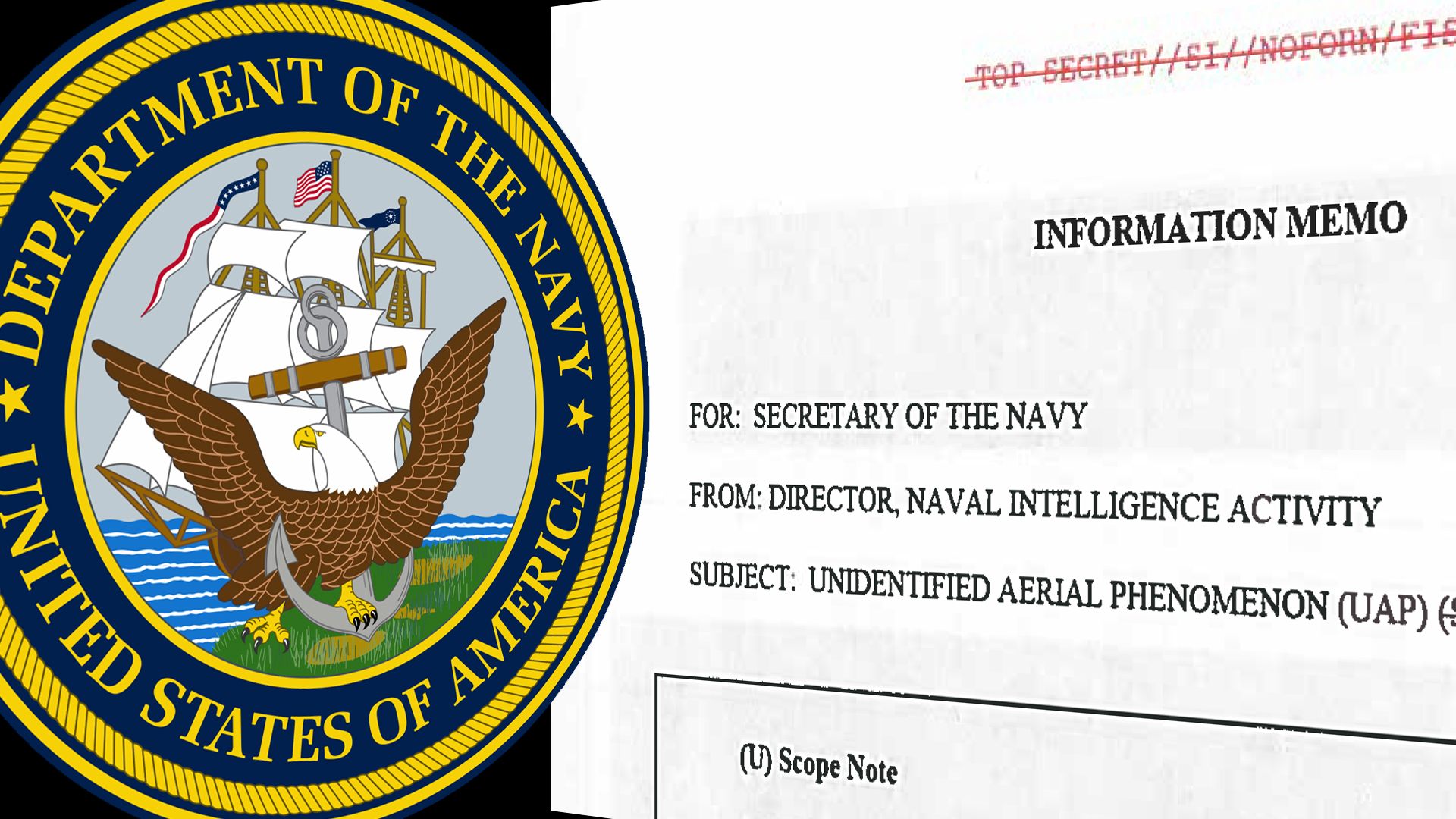 Last week, the U.S. Navy released under the Freedom of Information Act (FOIA) a June 16, 2020, “Information Memo” on “Unidentified Aerial Phenomenon (UAP)” that was originally written for the Secretary of the Navy. The problem with the ‘release’ of the 16 pages is that almost nothing was...