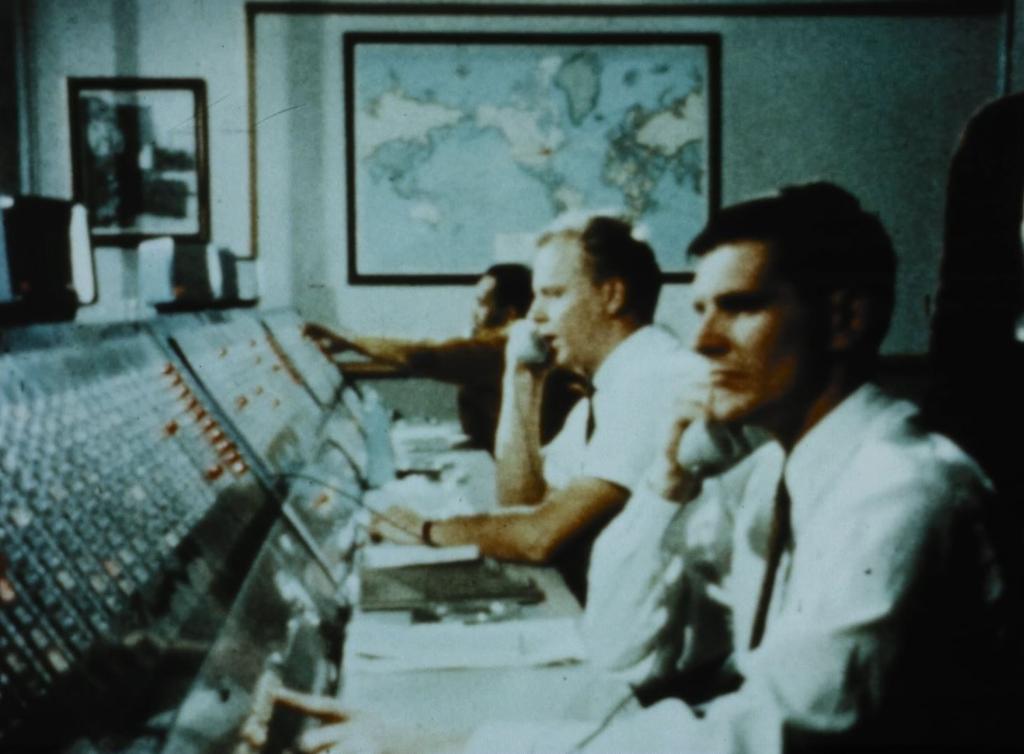 Image: NASA Goddard​
While Neil Armstrong and Buzz Aldrin were busying themselves with Moon exploration soon after they landed on the celestial body back in July 20, 1969, Ron Holland - a now-retired Communications Technician for NASA - was also busy monitoring the communications between the astronauts and Mission Control Central from his post at Goddard Space Flight Center in Maryland.

Mr. Holland, whose bona fides include an outstanding Navy career, a three-year post at the National Security Agency (NSA) during the Vietnam War, and several prominent jobs with hi-tech companies such as GE, RCA and Computer Sciences Corporation after he was discharged from active duty, is now coming forward to Earthfiles' Linda Moulton Howe with shocking revelations about what he learned during his 37-year career at NASA.

In 1969, Ron Holland was assigned to building 14 of the Goddard Space Flight Center, a space communications backup center for NASA-Houston, where he listened to the reports the Apollo 11 astronauts were sending back to Earth about the strange things they were seeing on the Moon.

The video posted below is set to play at the beginning of the interview. Enjoy and don't forget to comment:

I can offer some confirmation on the Aliens being present when Apollo 11 landed,

A couple of decades ago, I worked security at a major Aussie tourist attraction. I was on the night shift after the place was closed one night and was talking to an old bloke who was working on the computers in the behind the scenes area, he was also a sparky.
I knew this bloke pretty well from many late night conversations. He was very level headed and usually quite reserved.
A very straight up sort of bloke.
We got to talking about computers as I was doing a bit of code cutting back then, he started talking about the computers back in the day that were used to get the lads on Apollo 11 to the moon. The conversation wandered from topic to topic about Apollo, after a while I quizzed him how he new so much about the space program. He grinned and told me he worked at Tidbinbilla when they went to the moon. He told me all about the dish and how they had to track the craft and all sorts of interesting stuff.
I eventually I asked the big question, what did he know about UFO's.
He was a little hesitant at first, to I told him of a couple of my experiences to... I dunno go first I suppose.

He loosened up and started telling me about some UFO stories that happened on the A11 mission.
He went on to say that he heard first hand with his own ears the live transmission where Armstrong reported UFO;s lined up on the other side of i think he said crater? Not sure now. He recons Armstrong switched to another channel and asked mission control what he should do. they apparently replied "nothing, your about to talk live to a few hundred million people" so according to the bloke Armstrong switched back to the main channel and it was business as usual. This guy said he heard it first hand.
He told me a shit ton of stories about UFOs and Apollo, he said there is a shot that if you look hard in the reflection on the helmet of one of the astronauts you can see one of the UFO's. But you have to know which book and which photo becasue NASA realized the mistake and removed it. He said it is a hard one to find but its out there if you know where to look.
He went on to say that he eventually was lucky enough to meet the crew, i recon he said they did a bit iof a tour to thank the folks that helped get them home. He claims to have seen photo's of some pretty freaky UFO stuff that they had. He also say and held the originals (or copis of the originals) of the famous UFO out the window that Aldrin talks about. Only in his account the crew had no doubts that it was ET, and not panels. Which is what Aldrin alludes to nowadays.

I reckon the old guy would have to be dead now, i estimate he was in his 60s then.
I know it sounds a bit far fetched, and yes the old guy could have been having a lend of me. But I knew him pretty well at the time, and my in my judgement he was being truthful.
Click to expand...