Image: Duncan Phenix
​
Las Vegas' journalist Duncan Phenix, is currently investigating reports of a mystery airplane conducting flights to and fro the Tonopah Test Range and Area 51. The plane, a 1950s Douglas DC-3 (call sign C-GOOU) registered to a Canadian company who denies owning the aircraft, was tracked for several days making unusual trips to military bases in the region before returning to McCarran International Airport in Las Vegas, where it is apparently housed.

At present, it's unknown which company the mystery plane belongs to or why it is being allowed to fly over highly restricted military installations, but intercepted communication between the plane and traffic control could indicate that it is conducting some sort of cartography mission (?):

Tower: “Do any mapping today OSCAR OSCAR UNIFORM?”
C-GOOU pilot: “(inaudible) some; looks like it was successful.”
Tower: “Kind of nice. But at nighttime?”
C-GOOU pilot: “Yeah we have some special guys onboard.”
Click to expand...

McCarran Airport, sometimes used as a base of operations for military contractors doing work for the Department of Defense, is also known for hosting the JANET terminal, an unofficial classified airline responsible for shuttling civilian and military employees to various Nevada National Security sites such as Area 51. 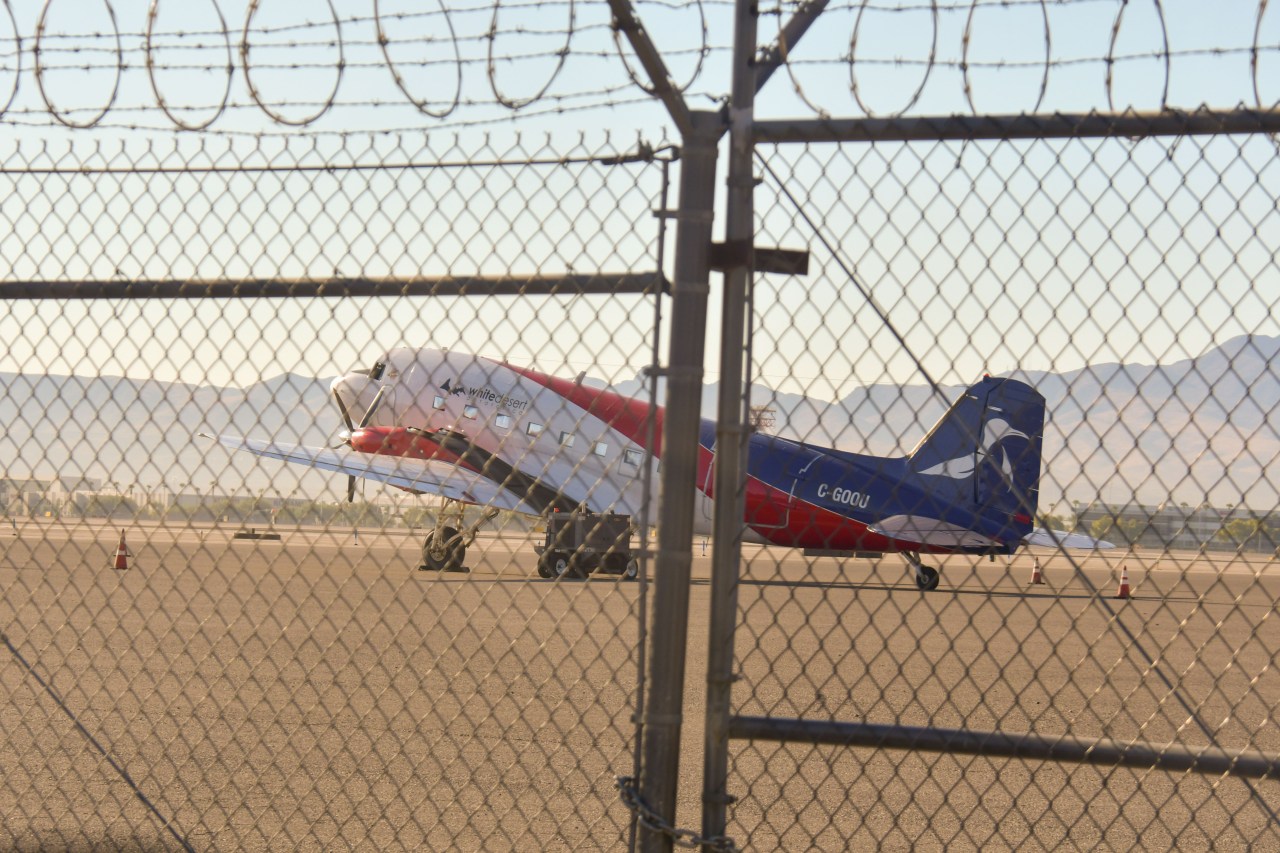 Why is this mystery plane flying back and forth over Area 51?

Dundee said:
Its odd that it is an old DC3 given the type of planes and tech they have at area 51
Click to expand...