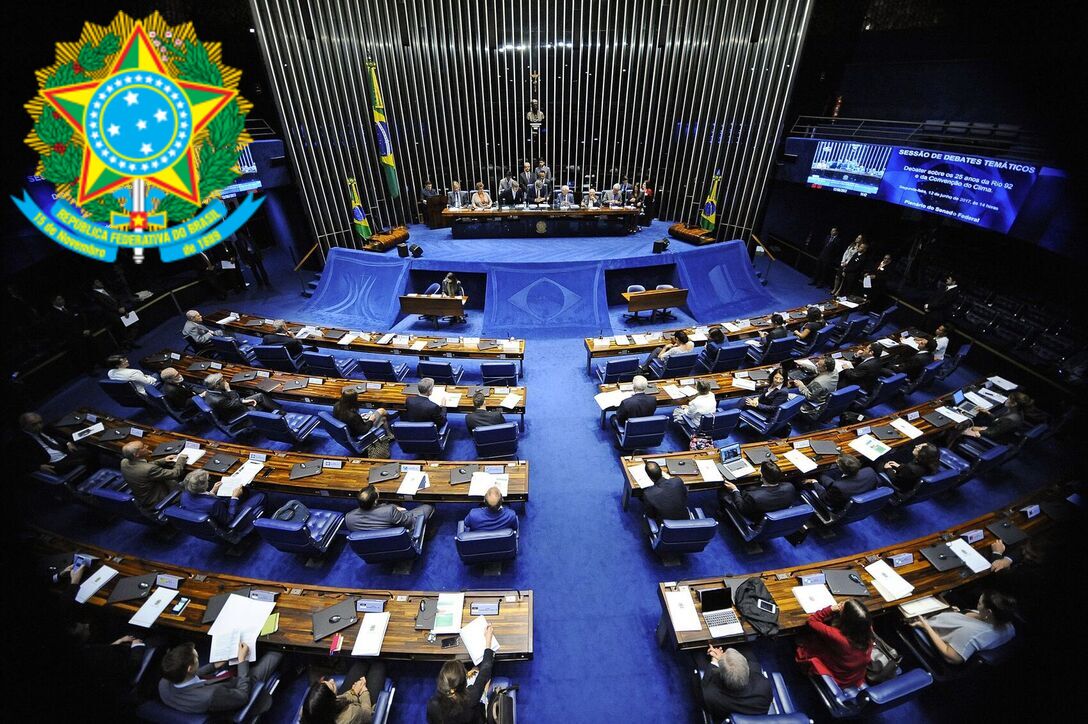 Image: Commons​
Brazilian Senators are beginning to take a closer look at the UFO phenomenon in what appears to be a political move designed to mirror their American counterparts. Senator Eduardo Girão, with support from Senators Eliziane Gama, Alessandro Vieira, Izalci Lucas, Jorge Kajuru, Marcos do Val, Paulo Rocha, and José Reguffe; will convene sometime in late June of this year to publicly discuss the UAP issue in an official congressional setting.

Historically speaking, Brazil was one of the first nations in the world to recognize the reality of UFOs back in 1954 during a meeting between high-ranking military officials and members of the press. The call for public hearings on the issue of UAPs comes after arduous lobbying from the Brazilian Commission of Ufologists (CBU) and the initiative "UFOs: Freedom of Information Now," spearheaded by Ademar José Gevaerd, publisher of Revista UFO and one of the most recognized Brazilian ufologist in the world.

The panel of legislators will gather in the capital city of Brasilia to analyze some of the best evidence about the phenomenon from both the military and civilian sectors. Prominent UFO researchers will have the opportunity to address the body of senators and congressmen and present their best argument for the creation of a bill establishing a national UFO research office tasked with investigating aerial phenomena occurring in the South American nation.

If everything goes according to plan, Brazil will soon join the United States in an emerging global effort being put in motion to understand the true nature and origin of a phenomenon that defies conventional explanations. Below, we are embedding the official document released by the Brazilian government regarding the upcoming hearing translated to English for your convenience. You may also access the original pdf document by following the link below. 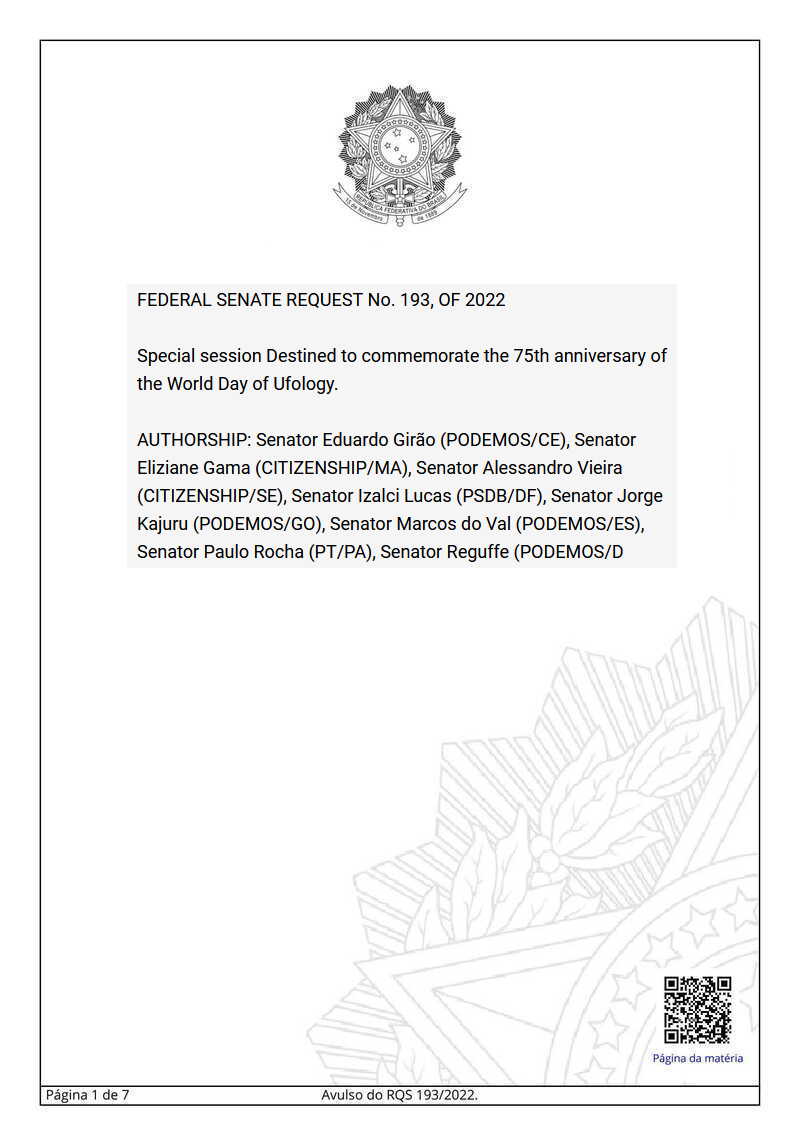 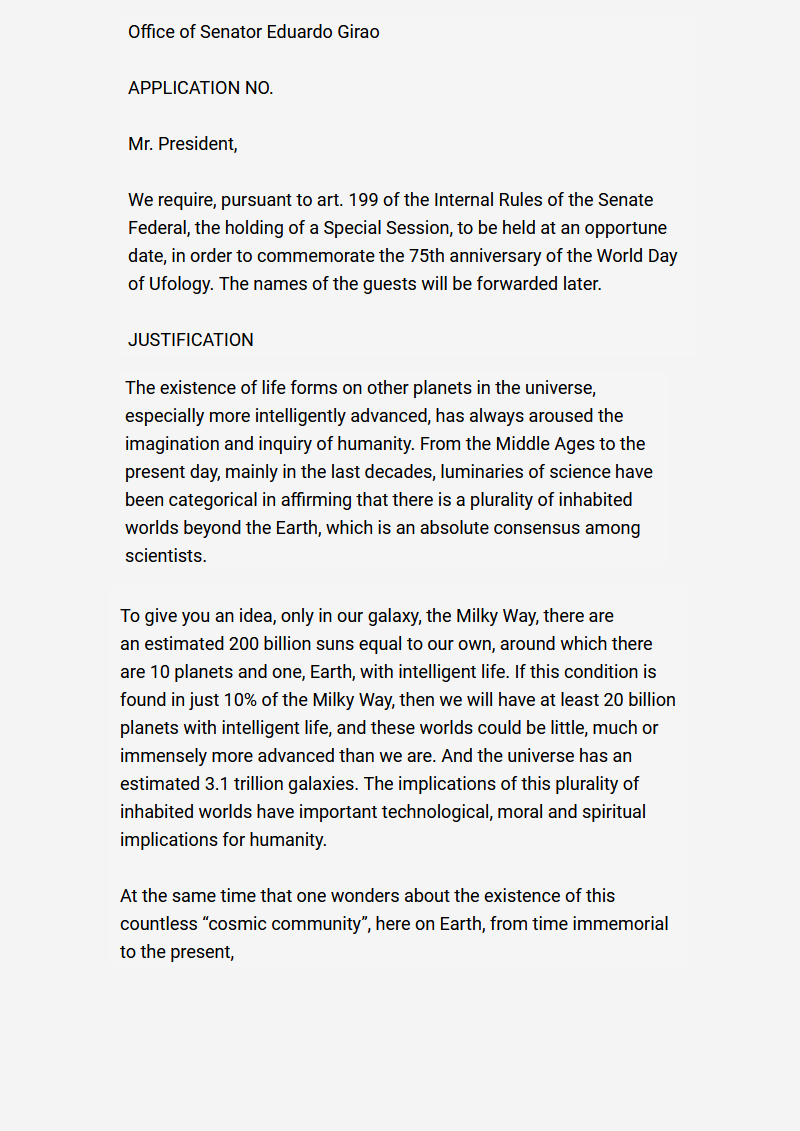 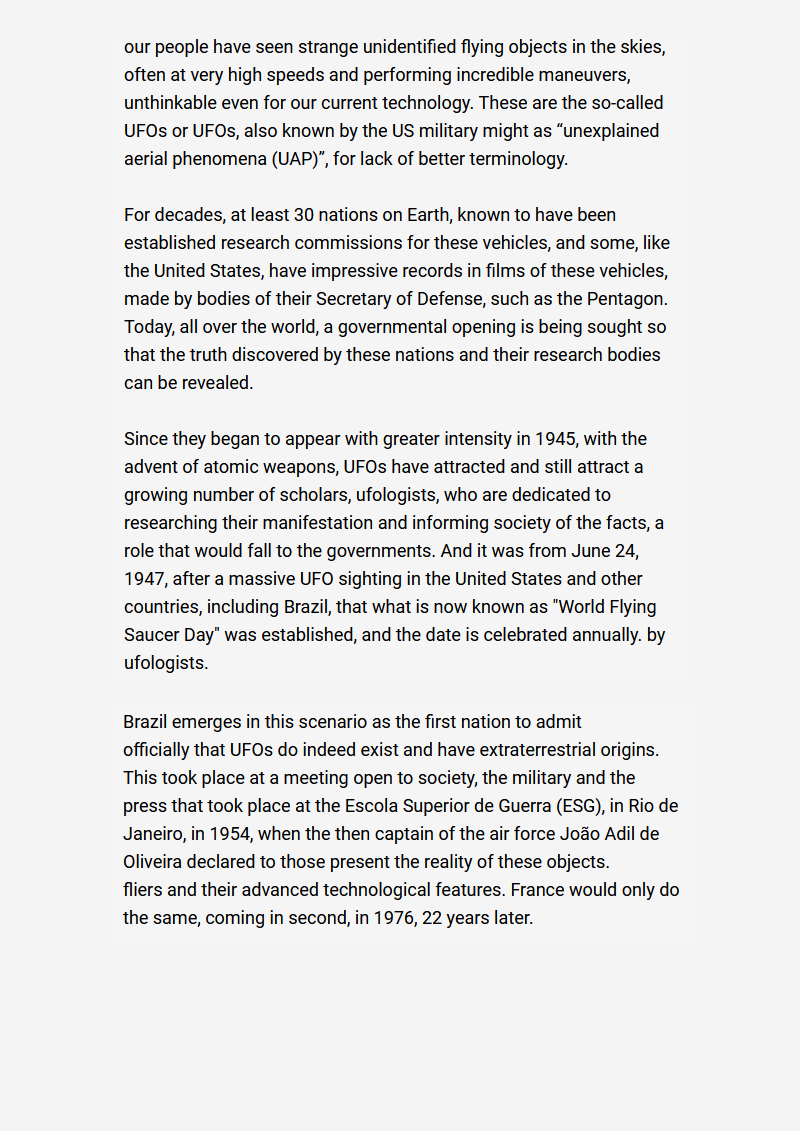 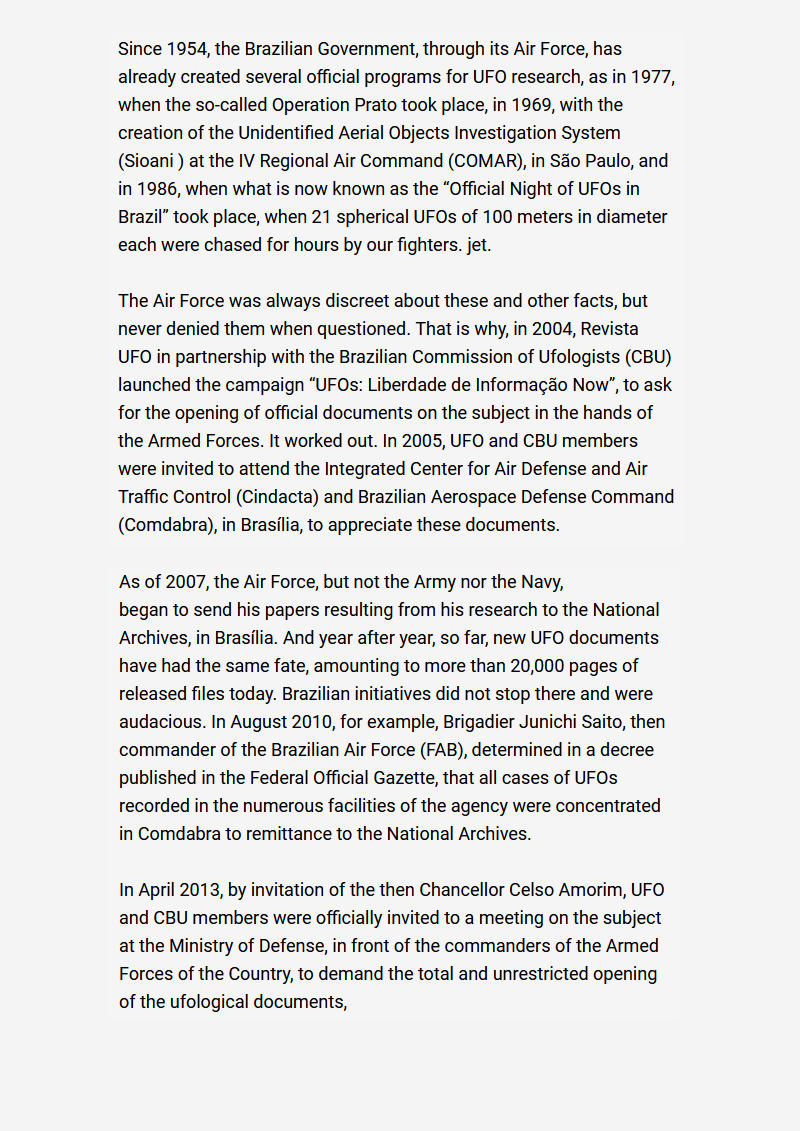 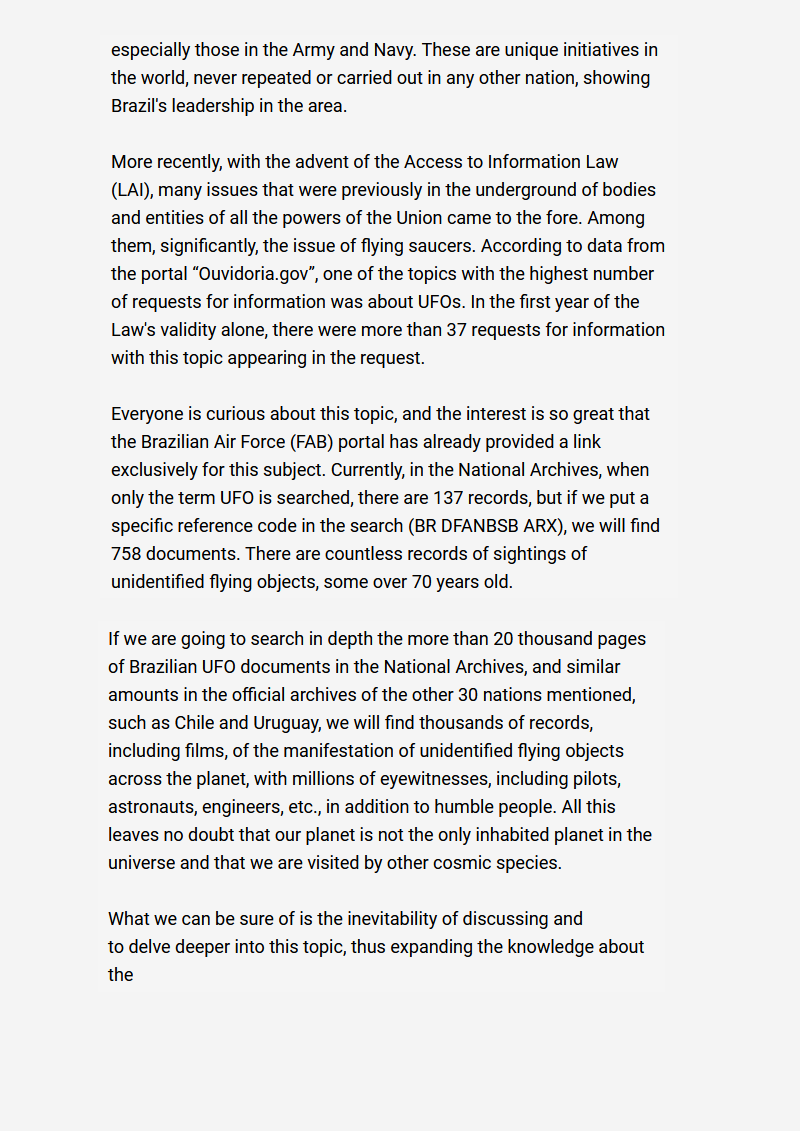 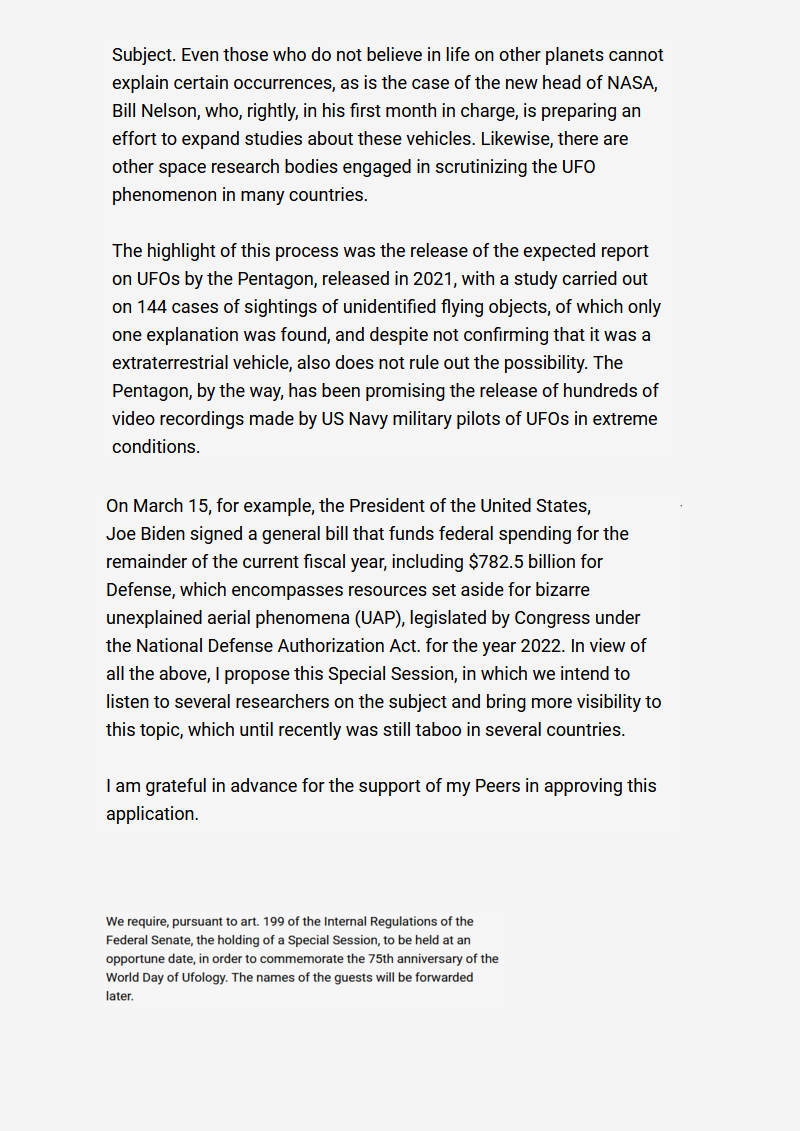 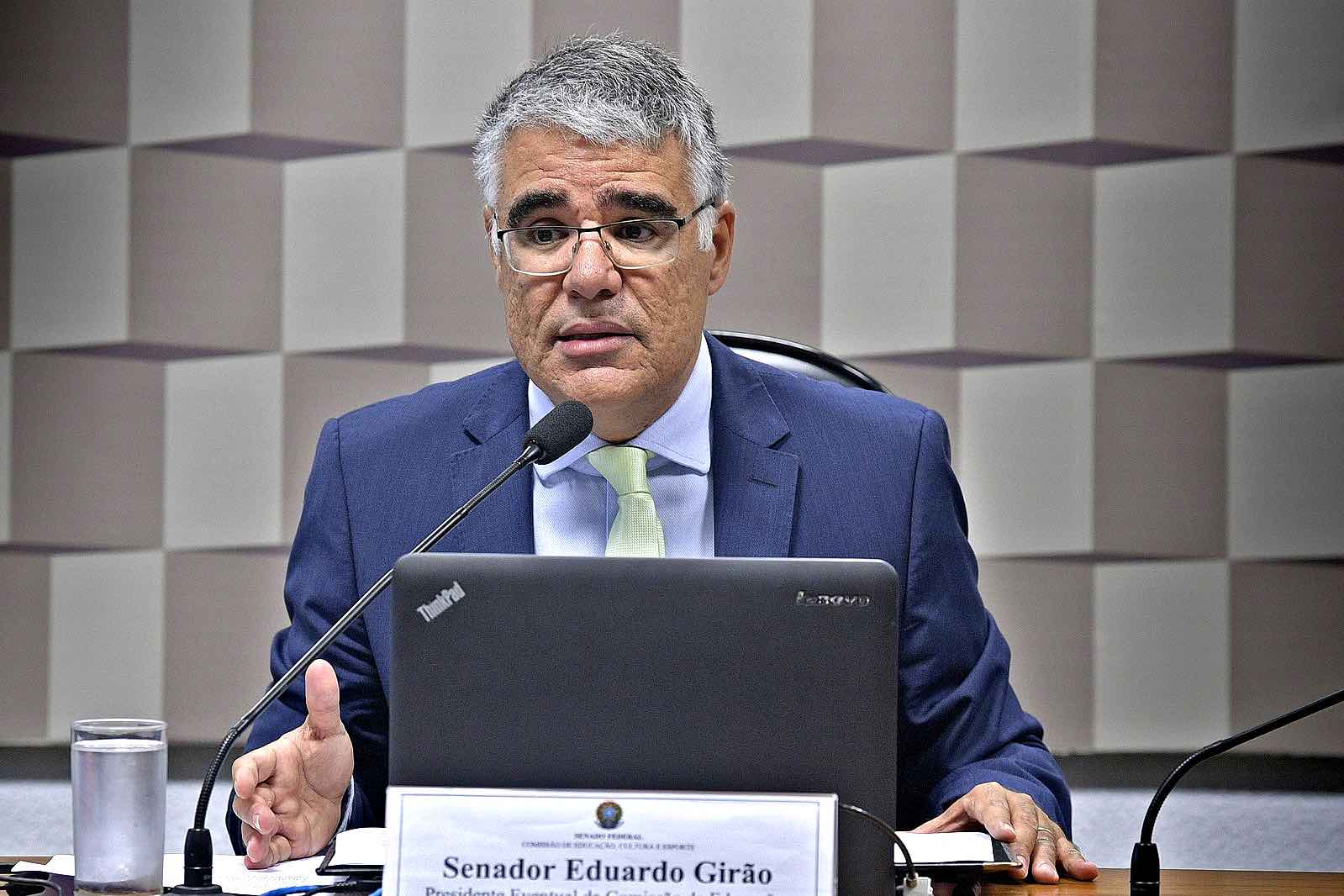 Brazilian Senators are calling for a special session to bring greater public awareness to the issue of unidentified aerial phenomena (UAP). 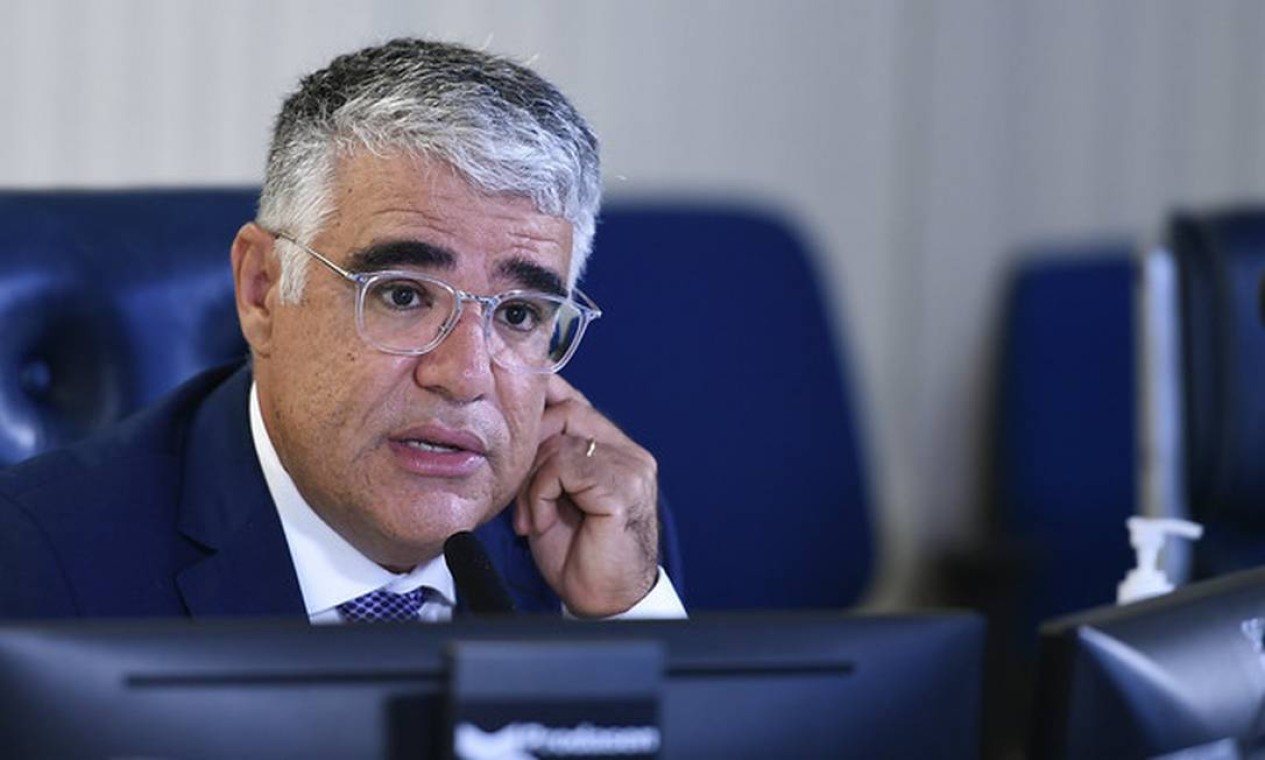