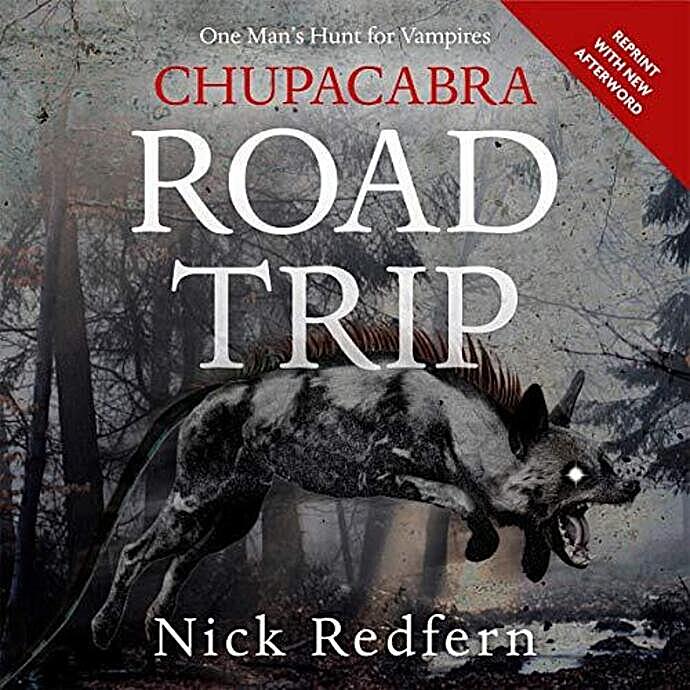 Image: Amazon​
For over a decade, author Nick Redfern has been hot on the trail of the infamous creature known as the Chupacabra, or Goatsucker. The mysterious cryptid, known for its vampire-like habit of draining its animal victims of their blood and terrorizing the human population of the rural countryside and dense tropical forests of Puerto Rico, remains as elusive and controversial as ever. Released in 2018, Chupacabra Road Trip recounts in vivid detail Nick's extraordinary trip to the enchanted Caribbean island in search of the mythical monster.

Riveting stories of close encounters with the dreaded beast can be found throughout this volume that are bound to keep the reader in a state of wonderment and suspense. As Nick and his crew venture deep into the territories where the beast is said to prowl, dramatic human stories of terrifying encounters emerge to paint a picture of a ferocious and almost supernatural predator.

In their desperate attempt to make sense of the bloodthirsty assailant leaving a trail of carnage across their beloved island, the locals have endowed the creature with extraordinary otherworldly powers given its modus operandi and mysterious origin. According to local lore, the Chupacabra is the product of a terrifying US Government hybridization experiment gone wrong that somehow managed to escape the confines of a secret jungle laboratory or - whoa! - was purposely released to the wild and remains free at large while continuing to wreck havoc among the domesticated animal population of Puerto Rico.

Several other hypotheses among the populace favor the belief that Chupacabra is an off-world entity or even an evil nature spirit, with many of the former proponents strongly contending that the creature is not endemic to our planet. Since the publication of the book, sightings of the Chupacabra have been reported as far away as Texas, South America, and even Russia; demonstrating that the presence of this creature has gone global. Grab a copy of the book today and immerse yourself in the hunt for the Goatsucker.
Share:
Facebook Twitter Reddit Pinterest Tumblr WhatsApp Email Share Link
Top Bottom