Close but no Cigar

Well its probably gonna miss us, but maybe it will be a good show to watch all the same. 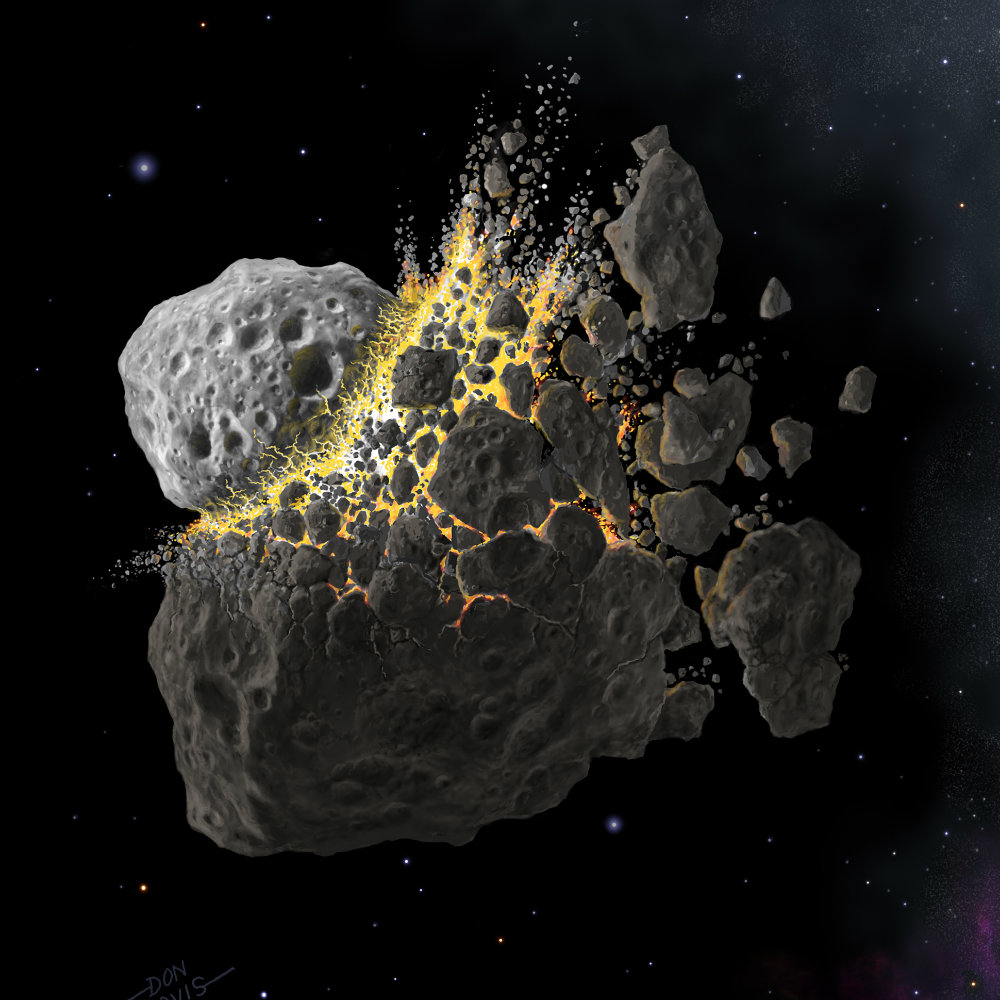 Get ready for catastrophic hit: NASA reveals details of monstrous asteroid that could hit Earth in October

NASA reveals that this asteroid, dubbed FT3, will initially make its close approach with Earth on October 3, 2019.

Asteroids are very scary. They can send survivors back to the stone age if things real got bad.
Reactions: Fish
F

Aurora said:
Asteroids are very scary. They can send survivors back to the stone age if things real got bad.
Click to expand...

That's not so bad, the worst is having to start all over again from microorganism.
Reactions: Aurora

Staff
No worries. It's in the aliens' best interest to keep this planet safe.
Reactions: Aurora and Fish
D

I think computer gamers would be the survival gurus after an event like that :) Most of us play post apocolyps or survival games where you spend the first gazillion hours establishing a method of survival. Ark Evolved, Rust, Empyrium, hell even minecraft to an extent. I have probably 300+ hours in Empyrion, possibly 1000, in mincraft, hundreds in others.
It would be second nature for games faced with the real thing to establish Water first, food, hunt for seeds ore replenishment food. Shelter, weapons defense. While the loonies are raiding wall mart for the last can of baked beans, we would have a base of survival set up by the time they even worked out they needed one.

You would need lots of diverse skills to have a chance of surviving.
Some think you could just grab some guns and take what you want. I guess that would work too, for a while at least. But sooner of later they are going to run out of things. You watch movies like mad max and see them roar across the waste lands raping and pillaging. What are they eating? What are they drinking, where is all this fuel coming from.

Nope, if we get sent back to the stone age by some apocalyptic event, when I decided who to let in to my group, i am going to make sure I have a gamer of two in there.
Reactions: Fish
A

I play a lot of Forge of Empires. I could motivate you.
Reactions: Fish
F

Dundee said:
I think computer gamers would be the survival gurus after an event like that
Click to expand...

Aurora said:
I play a lot of Forge of Empires. I could motivate you.
Click to expand...

Those who play lots of video game are going to be hit the hardest. They will have to enjoy the real world and it won't be very fun in a world like that one.
Reactions: Fish
F

Aurora said:
Those who play lots of video game are going to be hit the hardest. They will have to enjoy the real world and it won't be very fun in a world like that one.
Click to expand...

Not really, survival games can be incredibly difficult. Some require a very strategic and systematic approach to gathering food and water, fending of constant attacks from predators and other people. Growing food, protecting what you have gathered. Constantly planning ahead for what you will need in the coming days. Scavenging usable items and equipment.
In most survival games if you are playing in survival mode not creative mode, it is bloody hard to not end up dead.
I am not talking Mario karts here :)
The difference is usually atheistic, instead of fighting marauders you are fighting off alien bugs. You are often on another planet in a simulated crashed spaceship not earth. The principles however are very much the same.
Have you ever actually played a survival game Fish?
You say that real world and video games are quite different.
Short of actually going bush in real life with minimal equipment and attempting to survive.
I would argue that some of the better survival simulations are very close to what would actually happen.
Reactions: Aurora
D

Aurora said:
Those who play lots of video game are going to be hit the hardest. They will have to enjoy the real world and it won't be very fun in a world like that one.
Click to expand...

I would say the exact opposite. As a lifelong avid gamer, my sons and I have often talked about a real world scenario.
I would argue that comparing gamers to many non games we would be 100 times better equipped. We would know and expect what would happen, know what has to be done, able to be more ruthless. Have the knowledge, interest and motivation to survive.
How do you suppose my older sister would go in real life? She is a lovely gentle person who cares much about the world and the people in it. But you take away her supermarket, and her warm lounge room...well she would not know where to start once the supermarket was empty. I won't be as stupid as to say games would enjoy it, but we would be very familiar with it.
Reactions: Aurora
A