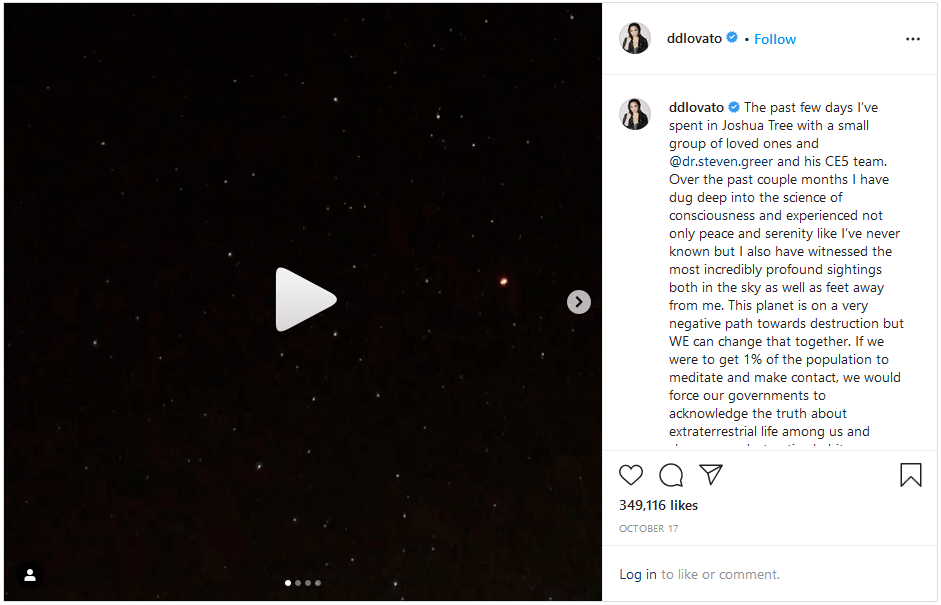 Image: Demi Lovato via Instagram
​
Noted singer, songwriter, and actress Demi Lovato is on a mission to make contact. But this time, she's not reaching out to fans or even humans for that matter. No, this time Demi is on a journey to make contact with entities of an extraterrestrial kind. For quite sometime now, the singer's worldview has been the subject of controversy in pop media circles. Not shy to speak her mind about our past and current state of affairs, Ms. Lovato has been candid about her belief that the human race is on a pernicious path that could be potentially forestall if only we had some kind of non-terrestrial intervention from outside our world:

This planet is on a very negative path towards destruction but WE can change that together. If we were to get 1% of the population to meditate and make contact, we would force our governments to acknowledge the truth about extraterrestrial life among us and change our destructive habits destroying our planet.
Click to expand...

To that end, Demi embarked on one of Dr. Steven Greer's CE-5 retreats in the hopes of making contact with our often elusive cosmic visitors. Dr. Greer, who is one of the foremost luminaries in the UFO community, is the creator of the famed contact protocol, a method for establishing a peaceful dialogue of sorts with EBEs and other dimensional entities utilizing an amalgam of Eastern meditation techniques and science-of-consciousness exercises that seem to be effective in arousing the attention of UFOs and various other etheric beings, as described by Demi in her recent Instagram entry posted above.
D

I am open minded, heading to bed but going to look for the CE5 app to see what it is all about.
Thanks Leta :)

Me, too. Was about to get some shut-eye when that story popped into my news feed :)
D

LETA said:
Me, too. Was about to get some shut-eye when that story popped into my news feed :)
Click to expand...

We shall compare notes tomorrow :)
D

Always wary of pop singers making such claims.
Particularly if there is some money involved.

Nothing wrong Ms Lovato being interested in ET but the problem here is Dr Greer...who has been severely questioned about his money making schemes related to 'arranging for people to meet aliens'. He has been caught in many instances where he has been shown to be a 'fraud'. I put that in quote brackets because I personally don't know if he's a 'fraud' but many who have been involved with him say so and there are articles about this.
D

It was a little dissapointing, in general I like the work Greer does, but with that I have not looked too hard.
But $17 for an app of that nature makes me smell a rat with regards to his motivations.
I guess it does not have to be free, but that is a lot when compared to most Android apps that are a $ or two.

Staff
Demi Lovato is getting her own show about UFOs on the Peacock Network. The four-part series titled "Unidentified," will follow Demi and company as they embark on a investigative adventure to solve the enduring UFO mystery.

Never heard of her.

Dundee said:
Never heard of her.
Click to expand...

She's a diva. The mother of all of us Lovaticons!
D

She's a diva. The mother of all of us Lovaticons!
Click to expand...

OK so I googles Lovaticons and got weird little furry dolls,
But....she does nothing for me. lol
Not even her two most prominent features :)
So is she some UFO guru?

Dundee said:
OK so I googles Lovaticons and got weird little furry dolls,
But....she does nothing for me. lol
Not even her two most prominent features :)
So is she some UFO guru?
Click to expand...

She's a disciple of Dr. Greer. Don't know how long she's been into UFOs, tho.
D

Yes..just what we need....a 'Kardashian wannabe' out looking for 'aliens' in her low cut dress and nails.

Dr Wu said:
Yes..just what we need....a 'Kardashian wannabe' out looking for 'aliens' in her low cut dress and nails.

Yo doc, 60 minutes is talking about aliens on Sunday. How you feel about that?
D

LETA said:
Yo doc, 60 minutes is talking about aliens on Sunday. How you feel about that?
Click to expand...

Oh...I'm sure it will make all the 'bleevers' giddy with excitement. Beyond that it will be a waste of air time.

It had to happen.

First it was 'celebrities' squealing and giggling on ghost hunts. Now it is ufos.

What next ? maybe some celeb' who will claim she was raped by an alien and her children's father lives on some distant planet (as yet undiscovered). It only needs one to make such a claim and before you know it there will be a whole tv primetime series on it.

The big question is ' would she be as popular if she didn't have a large portion of her ample bosom on display' ? 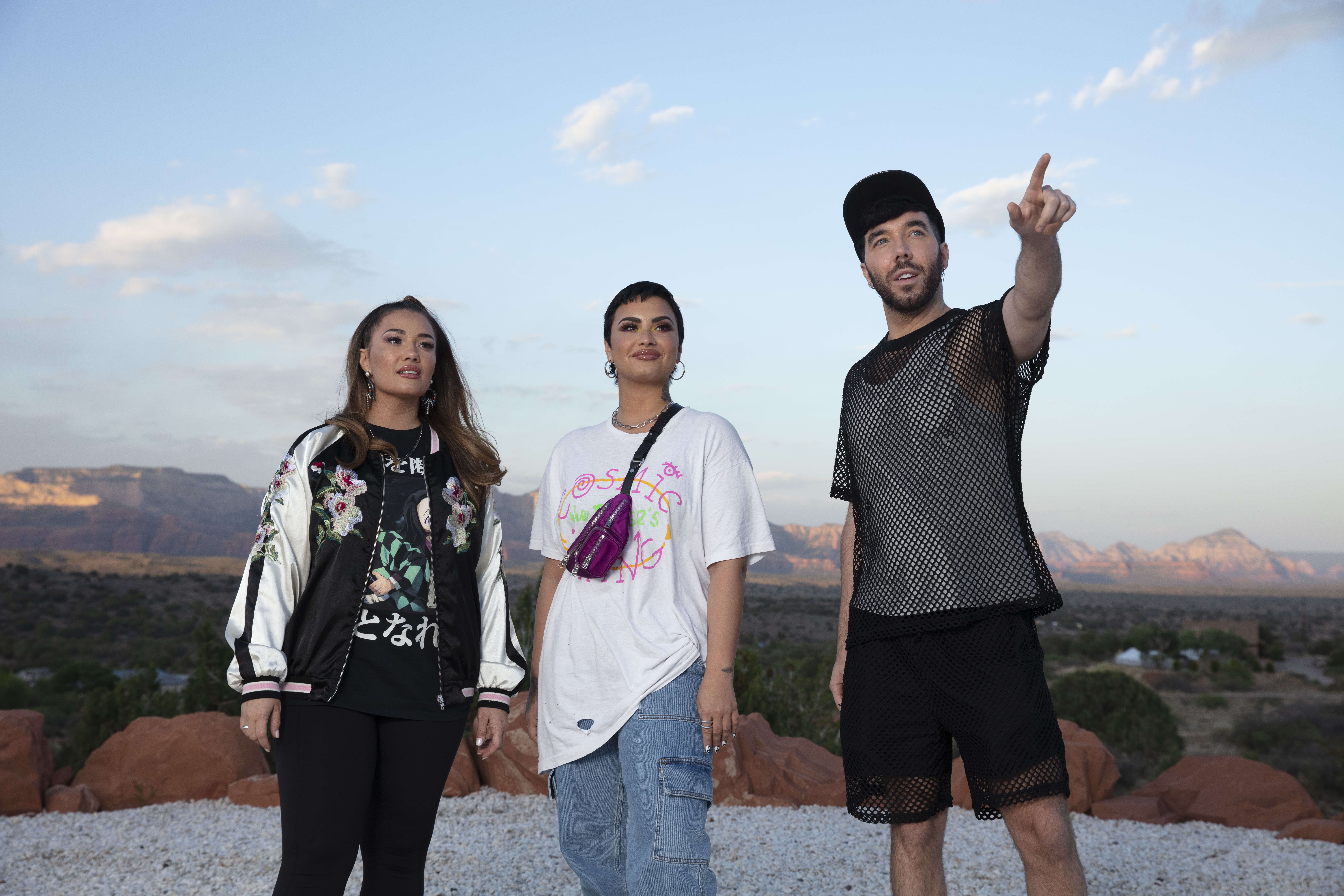