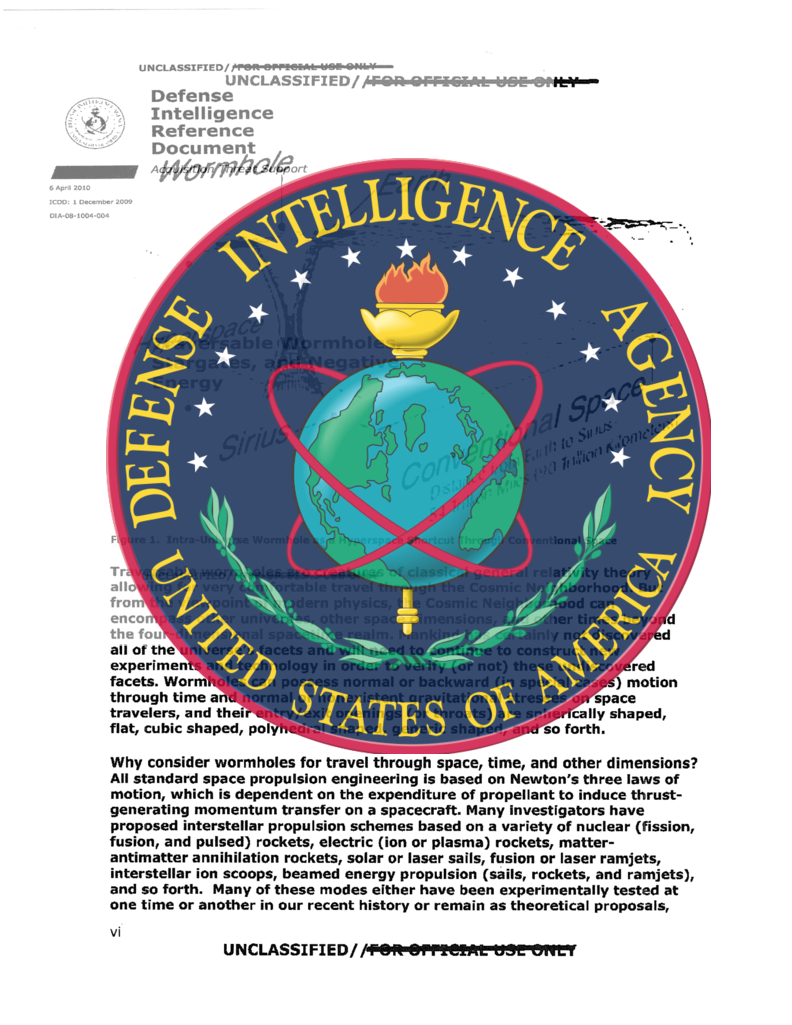 Image: DIA​
The Defense Intelligence Agency (DIA) just released 37 out of 38 documents containing various scientific studies having to do with the future of aerospace technology. These technical reports - classified as "Defense Intelligence Reference Documents (DIRDs)" by the military intelligence agency - were produced by Bigelow Aerospace Advanced Space Studies (BAASS) as part of their federal, 22 million dollar contract to study anomalous phenomenology such as UFOs/UAPs and other unknowns.

The investigatory effort, spearheaded by then-Senate Majority Leader Harry Reid under the auspices of the Advanced Aerospace Weapon Systems Applications Program (AAWSAP), was tasked with gathering actionable intelligence on unexplained aerial phenomena (UAP). In order to carry out this mission, the contract was submitted for public bidding back in 2007 and subsequently awarded to Bigelow Aerospace, a company owned by billionaire entrepreneur Robert Bigelow - a long-time supporter of the late Nevada Senator.

The majority of the studies conducted by AAWSAP focused on unidentified phenomena occurring at Skinwalker Ranch, a 512-acres piece of land located in the state of Utah known for its unusual amount of paranormal and UFO-related activities. Based on the content of the material released in the DIA documents, it is safe to say that whatever is happening in our skies is not only out of this world but also light-years ahead of us technology-wise. Find the documents in the link provided below.