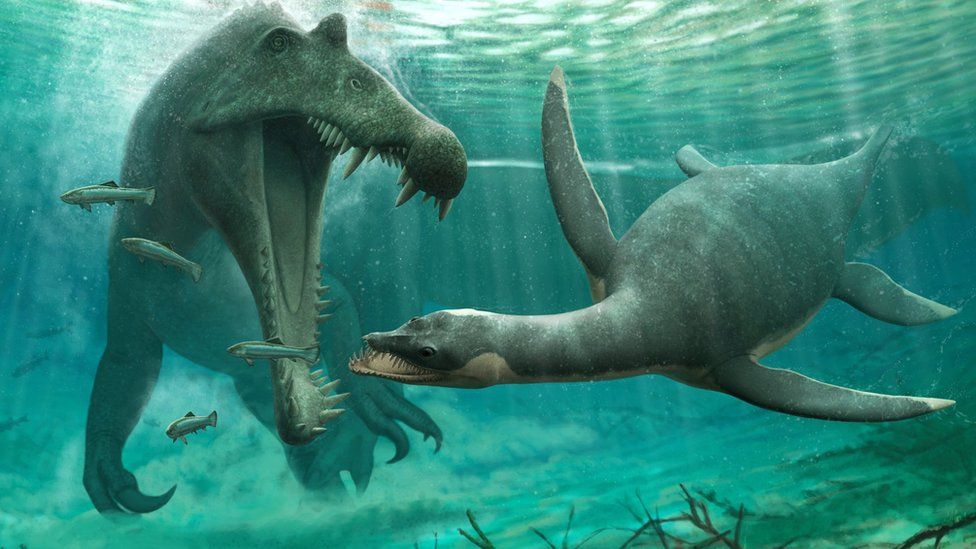 Image: University of Bath​
The discovery of small plesiosaur fossils in a 100-million-year-old river system that is now Morocco's Sahara Desert, has scientists wondering whether the legend of the monster inhabiting Loch Ness in Scotland may have some merit after all. It was previously thought that plesiosaur - an extinct marine reptile from the Mesozoic era - was a saltwater species not adept at surviving in freshwater bodies. But the new find suggests otherwise.

Nessie, as the mythical creature came to be known, is described as having a long neck and an overall morphology resembling a plesiosaur. Sporadic sightings of the creature began back in the sixth century AD and continue to this day. According to the study conducted at the University of Bath, the University of Portsmouth in the UK, and Université Hassan II in Morocco, Nessie fits the profile of a prehistoric animal capable of thriving in multiple aquatic environments.

Although scientists are excited about this discovery, it doesn't necessarily mean there is a healthy population of Loch Ness monsters out there. "Plesiosaur died out more than 66 million years ago," said university officials. "They wouldn't go unnoticed for all this time if they were calling Loch Ness their home," added another paleontology expert. Meanwhile in Scotland, residents are celebrating the fact that Nessie is getting a much-deserved recognition in the halls of academia despite its camera-shy nature.
Share:
Facebook Twitter Reddit Pinterest Tumblr WhatsApp Email Share Link
Top Bottom