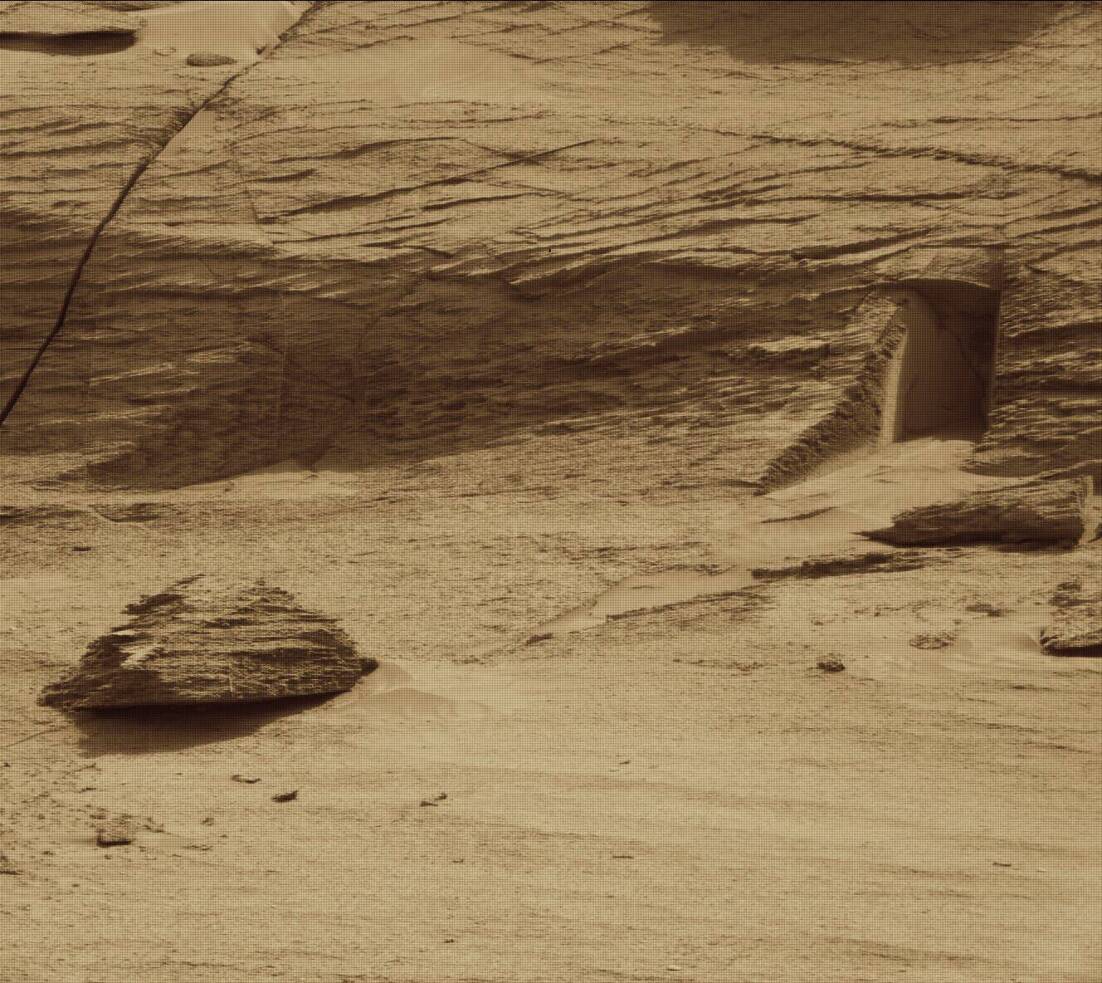 Image: NASA​
Once more, internet denizens have created an online media frenzy over a new picture just released by NASA showing a rather curious rock formation. The image in question was taken by the Mars Curiosity rover on the slopes of Mount Sharp, an 18,000 feet elevation the science platform is currently climbing. The oddly-familiar opening has many wondering if indeed the rover has captured an obvious alien-made structure reminiscent of an ancient Egyptian temple entrance.

Although the photo is compelling enough to suggest "artificiality" to the untrained eye, planetary scientists aren't as stoked as the public at large. The rocky formation as seen in the NASA raw data image is small in dimensions and utterly natural to the geology of the area. Greenheugh Pediment, where the tantalizing formation is located, is abundant with wind-sharpened rocks called ventifacts. These often take unusual shapes due to millions of years of interaction with debris constantly tumbling down from the upper levels of Mount Sharp.

ZeroHedge - On a long enough timeline, the survival rate for everyone drops to zero