Image: SEGNIDALCIELO.IT
​
And the fact that you are not aware of it proves an alleged ongoing conspiracy by scientific institutions to keep you away from the truth. Or does it? Maybe, maybe not, but the skulls you are about to see defy mainstream explanations of human evolution and challenge claims against a continuous alien presence in our planet.

​
We start with the Paracas Skulls. Found in the late 1920s, these mysterious elongated crania were discovered during an archaeology dig in the Pisco Province of Peru. After DNA analysis was done on them, it was discovered that some of the skulls date back three thousand years and are of Caucasian origin, pushing back the presence of Europeans in the Americas:

Image: Creative Commons (CC)
​
Interestingly, the results of alleged mitochondrial DNA analysis performed on the skulls demonstrate anomalous mutations not found on any life form on Earth - a piece of purported data that fueled the hopes of ancient alien theorists.

Up next, we feature the Rhodope Skull. This one is a truly doozy one and hardcore ufologists go nuts over it. Found in the Rhodope Mountains in Bulgaria by a local man from the city of Plovdiv, this skull is incredibly light in weight given its physical dimensions. Containing six strange anatomical cavities that are speculated to be the orbital surface of the frontal bones, this skull definitely makes you wonder whether xenomorphs are among us: 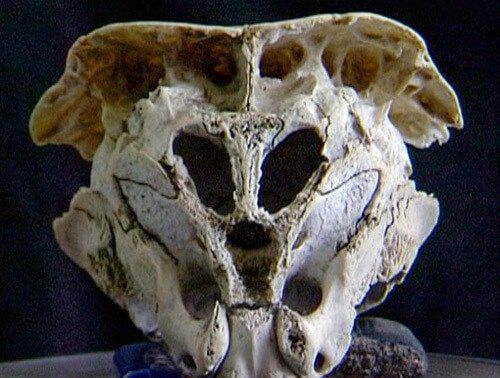 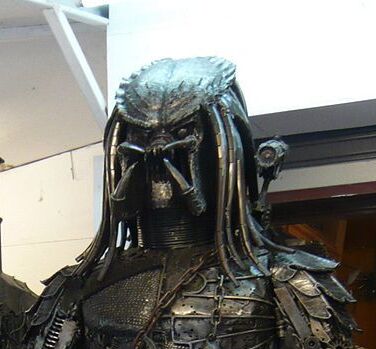 Image: SEGNIDALCIELO.IT/Creative Commons (CC)
​
Our last two skulls, found inside a cave on Mount Bolshoi Tjach, Russia by explorer Vladimir Melikov, are definitely alien-looking. The skulls belong to a couple of odd-looking creatures that probably walked upright and had horns on their heads, judging by the strange bone protuberances present on the upper part of the skulls. Although paleontologists aren't quite sure what species they belong to, isotopic dating tests confirmed these two 'alien' creatures are more than four thousand years old:

I have seen the elongated head ones before, they look scary enough. But those last couple are downright creepy. I wonder if they are real of fake. If they are real...holy shit that's freaky.

Dundee said:
I have seen the elongated head ones before, they look scary enough. But those last couple are downright creepy. I wonder if they are real of fake. If they are real...holy shit that's freaky.
Click to expand...

Those are the skulls of Hellboy. From where do you think Hollywood gets its ideas for movies?
D

LETA said:
Those are the skulls of Hellboy. From where do you think Hollywood gets its ideas for movies?
Click to expand...