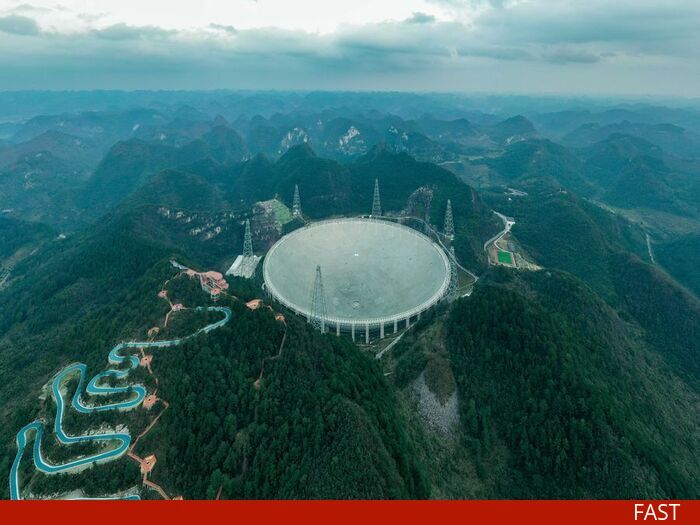 Image: FAST​
China officially started their project to eavesdrop on possible alien communications this month. The country’s Five-hundred-meter Aperture Spherical Telescope (FAST), one of the world's most largest and sensitive radio telescopes, was commissioned back in 2016 but spent several years undergoing upgrades and fine-tuning to prepare it for its principal missions.

The massive ear to the sky, built inside a natural terrain depression in Guizhou, a mountainous province in southwest China, is already making significant advances in astronomy with over one hundred and two pulsar star discoveries under its belt. Some of the telescope's goals also include a large scale neutral hydrogen survey and the detection and study of interstellar molecules.

The mission that has gained the most attention, however, is the one dedicated to look for "artificial noise" that may originate from alien sources. Chief telescope scientist, Zhang Tongjie, is optimistic that the instrument will be able to increase our chances of detecting them by listening to “interesting narrowband candidate ET signals.”

The telescope is now conducting two comprehensive sky surveys that will collect a huge amount of data over the next five years. Once completed, the survey's data is expected to take about ten to fifteen years to be fully analyzed and disseminated to the public. Until then, we shall keep our fingers crossed.
D