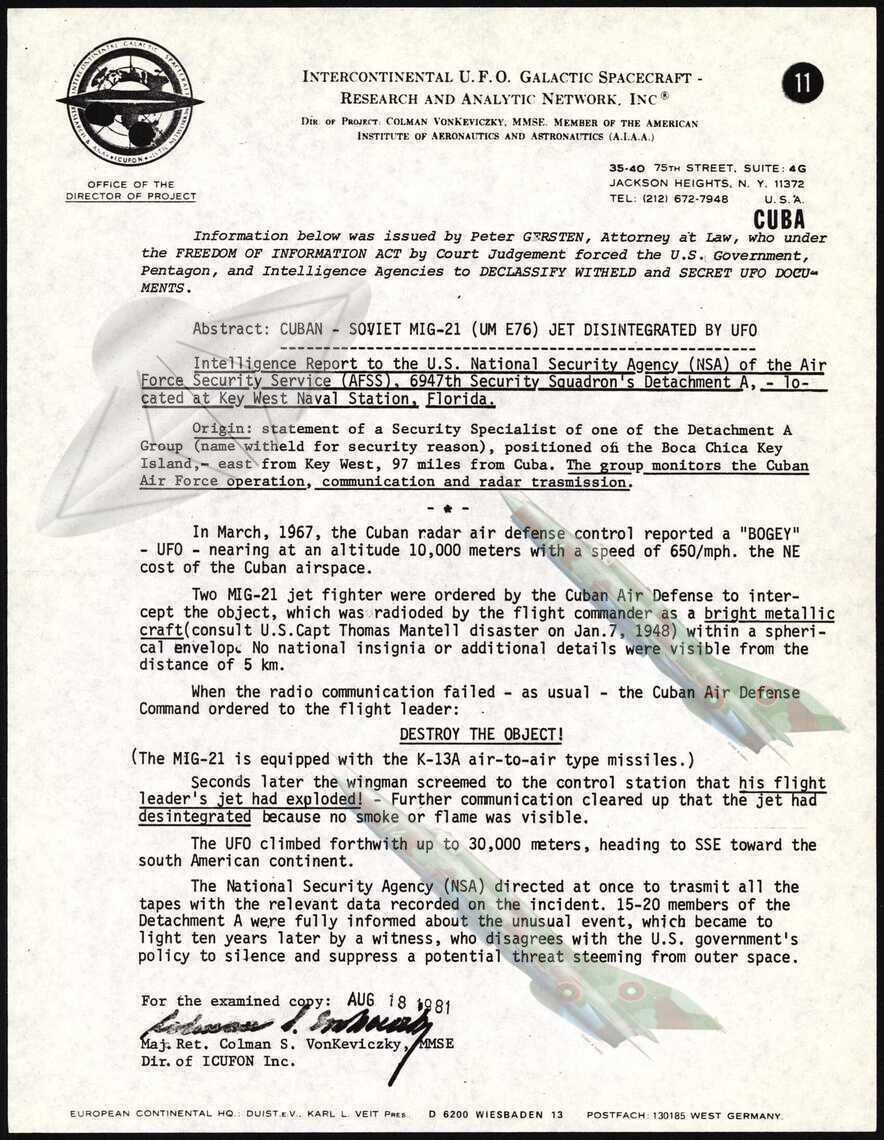 Image: NZ national Archives​
New Zealand's National Archives just released a cache of documents related to UFOs. Out of the 109 files full of historical entries dealing in one way or another with the mysterious subject, one particular report caught our attention. Found in file 29, a compelling case describes a deadly encounter between the Cuban air force and an unidentified flying object.

According to file 29, in March of 1967, the 6947th Security Squadron located at Key West Naval Air Station in Florida, monitored Cuban air defense radar controllers as they detected an unidentified bogey approaching Cuban airspace at an approximate altitude of 10,000 meters (about 33,000 feet) and a speed of roughly 650/mph. Per the document, two Soviet-made MIG-21 jets were dispatched to intercept the intruder with orders to shoot it down if all attempts at communications with the unknown aircraft failed.

Following the rules of engagement, one of the pilots initiated hostile actions by firing a K-13A air-to-air missile upon the large, metallic-looking spherical UFO, which apparently retaliated by disintegrating the belligerent MIG in mid-fly with an unknown weapon. As the event unfolded, the perplexed wingman relayed in horror back to air control what he was witnessing shortly before receiving orders to stand down. The UFO was later tracked by U.S. intelligence stations climbing to almost one hundred thousand feet while continuing moving in a southeastern trajectory.
D

I wonder if the pilot ejected in time or if they went back to search the area.
D

LETA said:
I wonder if the pilot ejected in time or if they went back to search the area.
Click to expand...