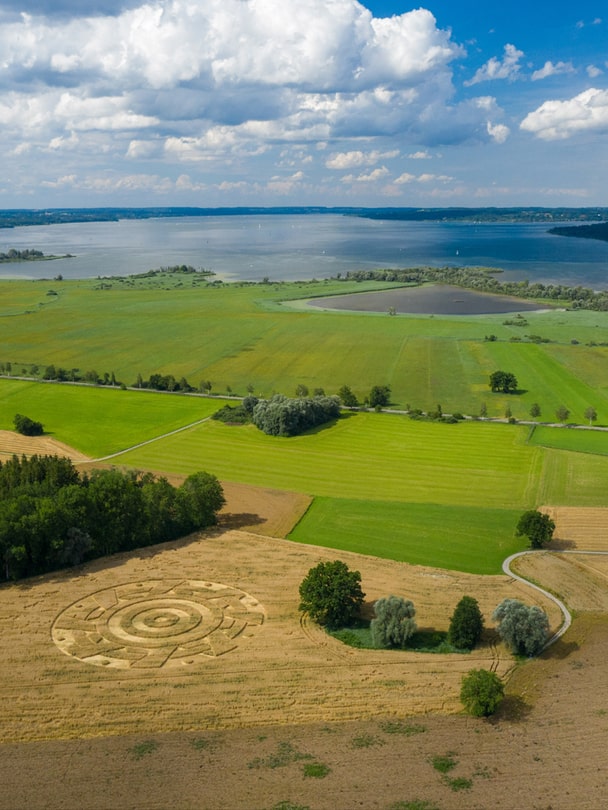 Image: Philip Hebeisen
​
Crop circles are becoming a global phenomenon. While endemic to England, these mysterious formations are beginning to appear more frequently in Germany's agricultural regions. On the morning of July 26, 2020 - near the southern bank of the Ammersee lake in Bavaria - a huge crop circle appeared in a wheat field after a rainy night. The formation, thought to represent an eight-loop retrograde orbital motion of the planet Mercury, is being studied by scientists and mystics alike in order to decipher a possible encoded message.

News of the crop circle brought all kinds of visitors to the region. Many of them, coming as far as England and Switzerland to soak in the purported positive energy emanating from the circle. In recent weeks, it is not surprising to find crowds of people sitting and meditating right in the middle of the formation.

The owner of the farm, however, finds none of this new-found popularity relaxing or positive in the least. The local authorities have already expressed their concern about large gatherings on his property in the middle of a Corona pandemic. If there are too many visitors, the farmer is legally accountable for the safety of the crop tourists, and could face penalties of up to 25,000 euros for breaking social distancing rules. Let's hope all the good vibes translate into goodwill and he stays out of trouble. :)
Reactions: The humanitarian
D

The problem I see with crop circles, is that it is a simple matter to find a complex, meaningful shape on the internet, grab a board with a couple of ropes on it, a steak and string line and you have a man made crop circle.
But if the evidence shows a complex shape that could not be practically achieved in a short space of time by a human then perhaps we have something.

I wish there was a timeframe for these things.,
Reactions: The humanitarian
T

The design looks too perfect. It would have had to be done with a birds eye view, surely.
D

While I am not saying this was done by ET, I would like to see someone do something this complex or more complex overnight and undetected. It is one thing to flatten a circle with a board and rope. But some of these circles are huge and complex.

I would love to see some of the hoaxers film how they do it so well in such a short time,
Look at this one, just google complex crop circles and click the images tab

This is a hell of a feat 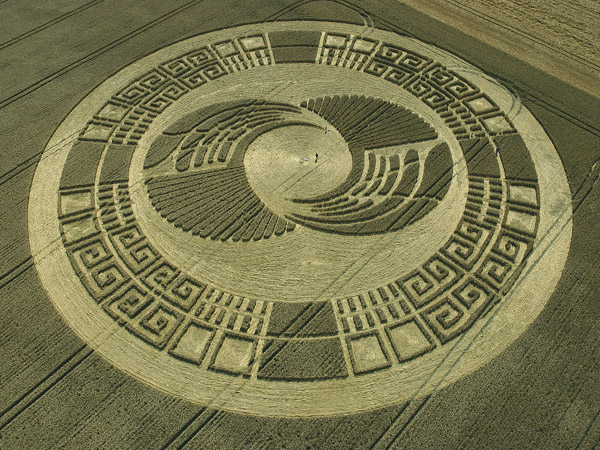