Image: Needpix.com
​
When Greg Yuelling decided to visit the historic U.S Civil War battle site with his family, he wasn't expecting to witness a bone-chilling paranormal activity. As the family drove through the battleground in their automobile, the foggy night had a spooky surprise in store for them best described by Mr. Yuelling himself:

We just went there as tourists, to learn more about the history of the Civil War and see the old battleground, where the Gettysburg Address was given and all that stuff. We were driving along one night and we started hearing noises, I heard things to the left and my uncle heard things to the right, and there was a fog, but the fog was weird, it was only in one patch not dispersed. Then we saw these shapes moving in the darkness, they were the size of humans, one of them ran right through the cannon. It was really exciting, but I also got this strange, ominous feeling, like something was telling me to go back there. I couldn't go to sleep but I was creeped out, so I didn’t go. 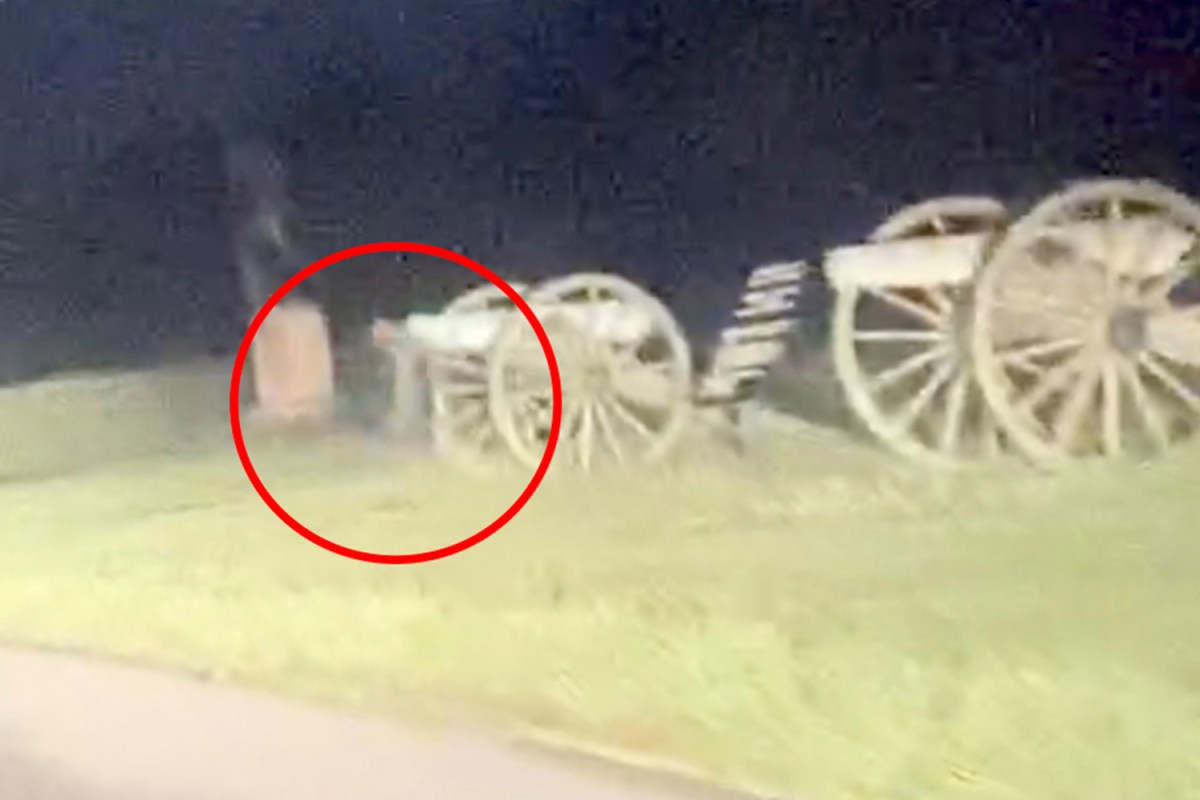 ‘Ghosts spotted running across the road in front of petrified driver’

TWO spooky apparitions were spotted running in front of a petrified driver at the famed Civil War battle site in Gettysburg, Pennsylvania. The chilling footage was shot by 46-year-old Greg Yuelling…

In 1863, Union and Confederate soldiers fought the bloodiest battle of the American Civil War in the town of Gettysburg, located in the State of Pennsylvania. It is estimated that close to fifty thousand soldiers lost their life in the hallowed grounds, which is now a National Military Park receiving over a million visitors a year. The site, known in popular folklore for having several haunted locations, is said to be a hotspot for all kinds of paranormal activity ranging from sightings of ghosts and other scary full-bodied apparitions, to weird noises and even a ghost locomotive.

Whatever it was it was i a hurry. Never seen a spook do that before.

Dundee said:
Whatever it was it was i a hurry. Never seen a spook do that before.
Click to expand...

Staff
I reminds me of the semi-invisible man filmed by jihadists getting inside a US tank in Iraq:

LETA said:
I reminds me of the semi-invisible man filmed by jihadists getting inside a US tank in Iraq: