'God of Fire' on Mars

Image: CNSA​
Chinese state media announced earlier today that its robotic mission to Mars had a successful touchdown. The six-wheeled Zhurong (Chinese for god of fire) rover made the trip to the red planet onboard Tianwen-1, a sophisticated craft that entered Mar's orbit back in February to scope out a desired location to land the rover on.

China is now the second country in the world who can boast of a successful landing on our ruddy neighbor. Previous attempts by other nations have ended in disaster due to the extremely complicated re-entry mechanics involved.

Shortly before 7:00 AM on Saturday, Beijing time, the Tianwen-1 orbiter dropped Zhurong above Utopia Planitia, a vast region formed after a large solar system body collided with Mars. The rover is set to study its geology using a suite of instruments which include: a tall mast camera to take pictures and help the vehicle in navigation; plus five additional instruments that will probe the mineralogy of local rocks, and atmospheric sensors to measure the weather.

After learning of the successful landing, Chinese President Xi Jinping extended his heart-felt congratulations to the science team on its "outstanding achievement" and commended them for being "Brave enough for the challenge, pursued excellence and placed our country in the advanced ranks of planetary exploration."

This accomplishment by China signals not only a huge leap forward in their technology, but also their desire to position themselves as a space superpower in what appears to be the beginning of a race for the frontier that is our solar system. Will rovers end up battling it out on other planets? 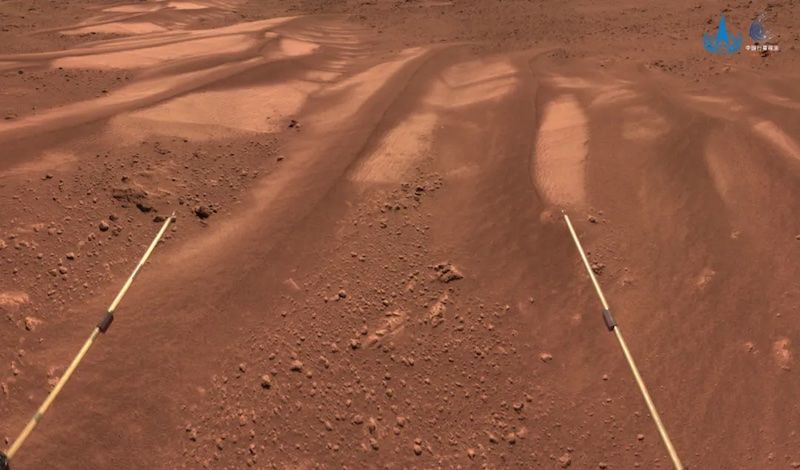 The rover has been analyzing its surroundings and even visited its own parachute. 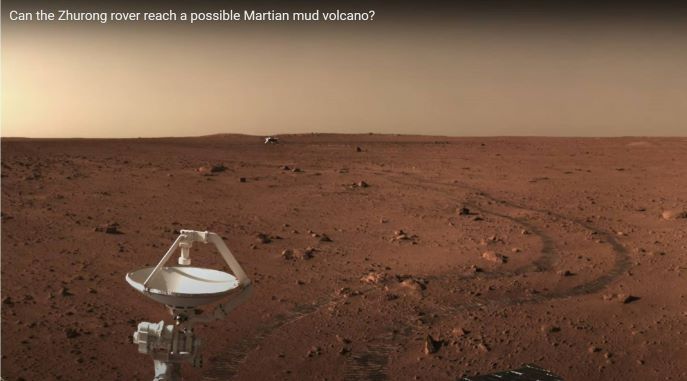 Hell there not mucking about are they.
That's a lot of ground to cover in a short time.
Gutsy move. go China
Lets hope the race is peaceful.