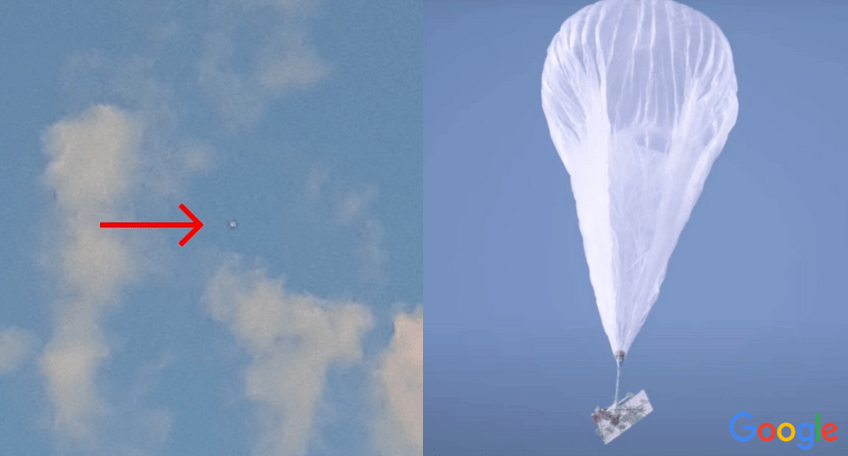 Image: CBS/Google
​
Texas residents woke up to strange sightings of unidentified objects flying overhead this Saturday morning. Several white objects were spotted high in the sky near central Texas that did not fit the description of any known aircraft. A concerned public immediately began to report the sighting to their local authorities and news stations hoping for some explanation.

The "UFOs" that caused all the commotion, however, turned out to be Google balloons from Project Loon, a program launched by the search engine giant to bring internet service to rural areas. Google launches these balloons high into the stratosphere which then drift about over regions with little or no online access.