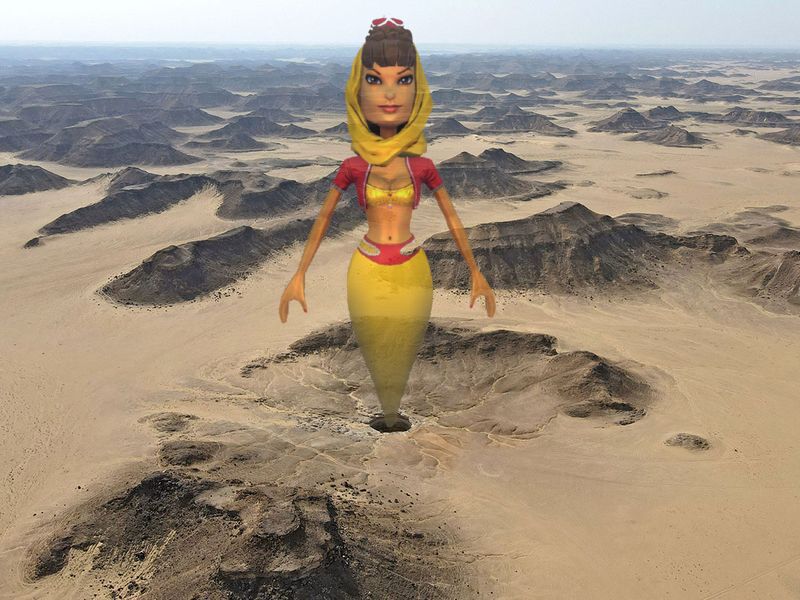 Image: AFP​
Locals would not dare go near it. Centuries-old tales of frightening apparitions and strange noises kept reinforcing the lore that something ominous lurked beneath it. Located in Yemen's Al-Mahra desert near the border with Oman, the Well of Barhout, commonly known as the "Well of Hell," over time became the repository of oral and written traditions legends are made of. Central to the folklore of the region, is the idea that the strange geological formation is a place of imprisonment for jinns, supernatural intelligent entities of questionable character found in Arabian and Muslim mythology.

With a depth estimated to be close to 800 feet, and obnoxious gasses emanating from its bowels, the mysterious desert chasm did not help its reputation or gained any sympathy from nearby residents, who caution the curious not to venture too close to it lest they get sucked into a place of torment and damnation. The well, largely ignored by academia for the past century due to political tensions in the region, is now getting the proper scientific treatment it deserves. Last week, the Oman Cave Exploration Team (OCET), a group comprised of geologists and professional cavers, finally mustard the courage to take an exploratory plunge into the infamous hole. The surprising findings are documented in the video embedded below.