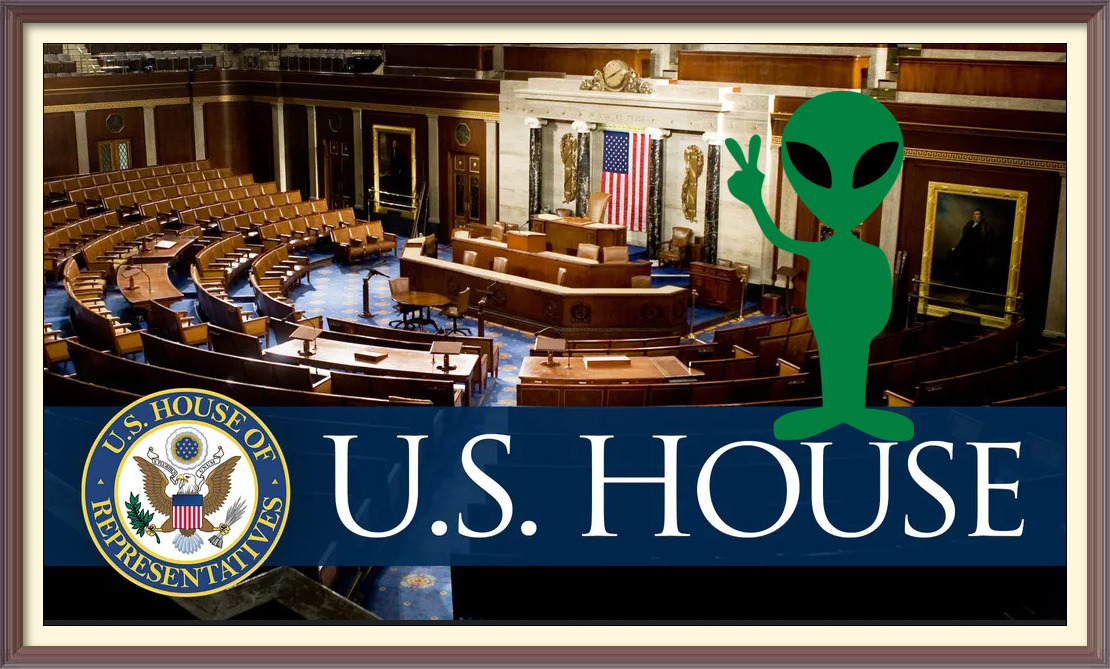 Image: USGOV/Pixabay​
The House of Representatives voted on Wednesday to pass legislation addressing the process of reporting UFOs by members of the armed services and civilian contractors doing business with the federal government. The new law is "one of the greatest efforts in recent history to foster transparency on this topic. This legislation may open the floodgates," said Luis Elizondo in a recent interview with Politico.

Spearheaded by Reps. Mike Gallagher (R-Wis.) and Ruben Gallego (D-Ariz.), this bipartisan piece of legislation provides an umbrella of protection for those secretly working on unidentified aerial phenomena projects who are prevented from disclosing any information about such programs to qualified government officials due to non-disclosure agreements and security oaths. In addition, the bill also calls for periodic compliance assessments by the Office of the Inspector General to ensure the DOD is fulfilling its end of the bargain.

As the House moves forward in its efforts to bring clarity to the UFO issue, the Senate is also drafting its own version of the bill which include amnesty clauses for UFO whistleblowers and the establishment of an enhanced reporting and collection protocol for the purpose of gathering and sharing extensive data on "Unidentified Aerospace-Undersea Phenomena." Both versions of the 2023 National Defense Authorization Act, with all of the proposed UFO provisions, will have to come together before it is presented to President Biden for his signatory approval. More at the link below. 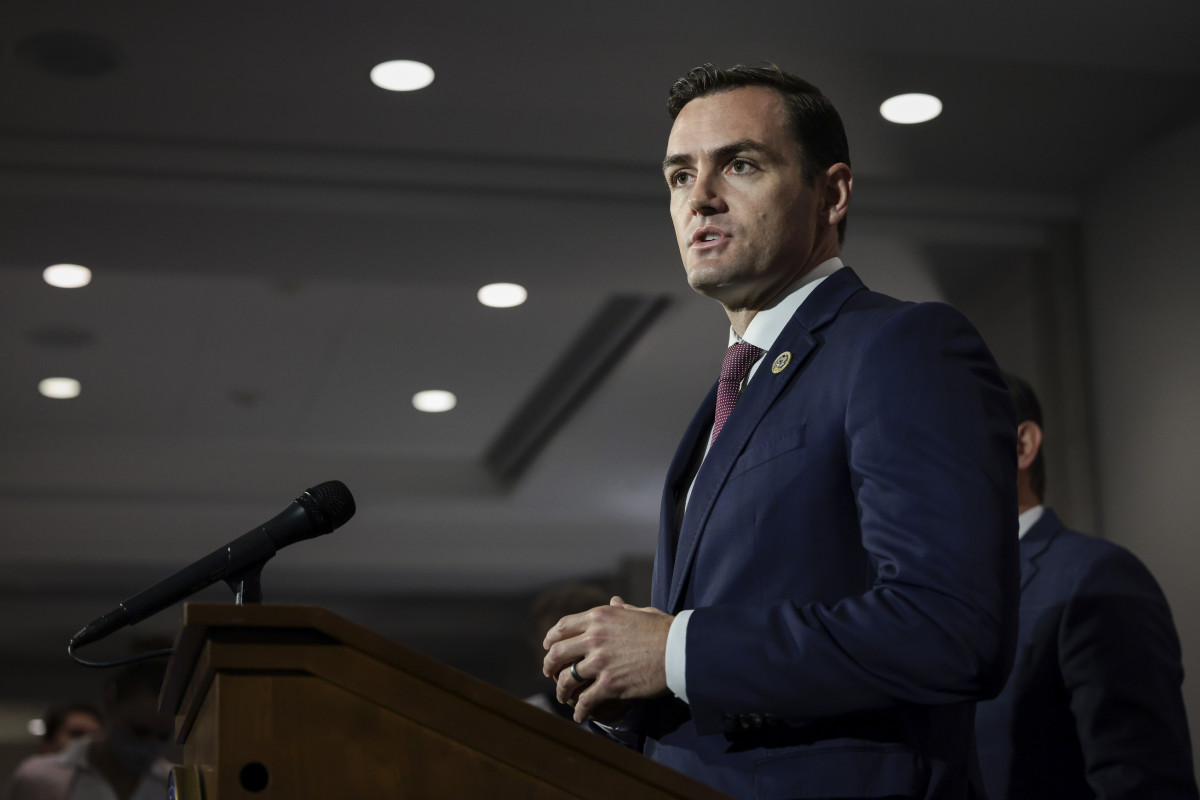 House votes to make it easier to report UFOs

“This legislation may open the floodgates,” said a former Pentagon official responsible for investigating the sightings.

A bipartisan amendment to the National Defense Authorization Act would establish a "secure system" for to receive reports about UFOs. The Senate has yet to take up the bill.

The House moved Wednesday to make it easier for government workers and military personnel to report sightings of UFOs by passing an amendment to the National Defense Authorization Act.

Staff
We are embedding the portion of the bill having to do with UFOs for you viewing convenience. Conversely, you may download the full version by following this link: 2023 National Defense Authorization Act 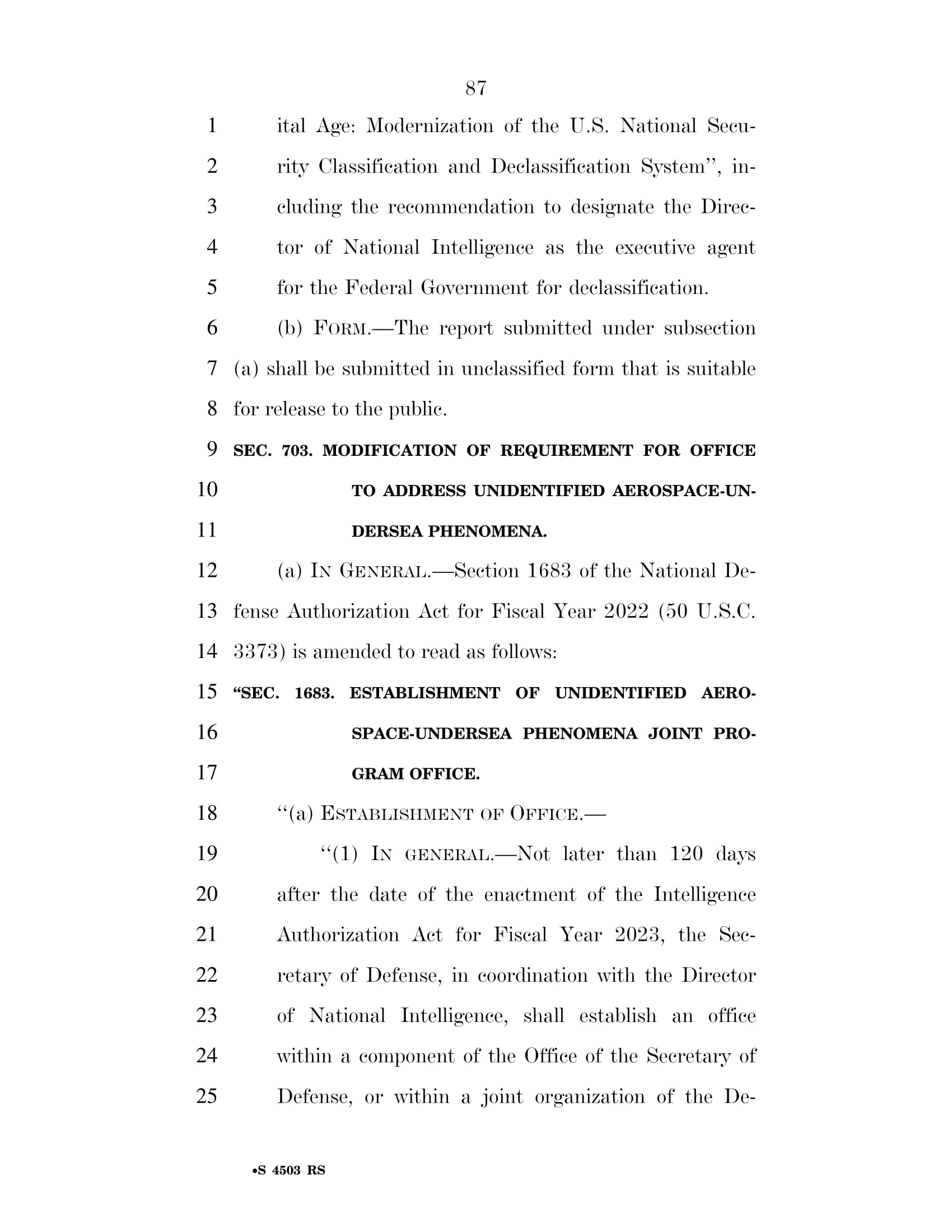 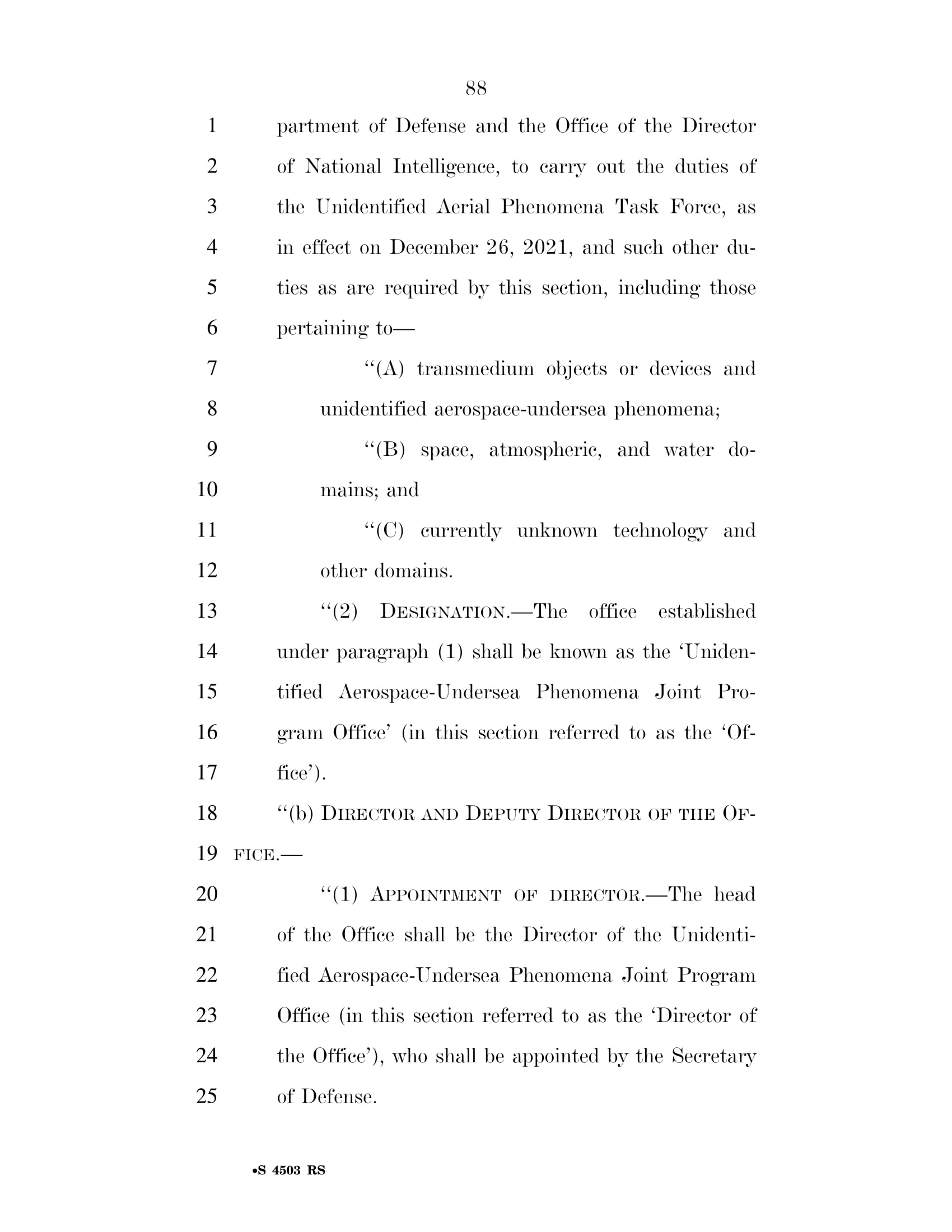 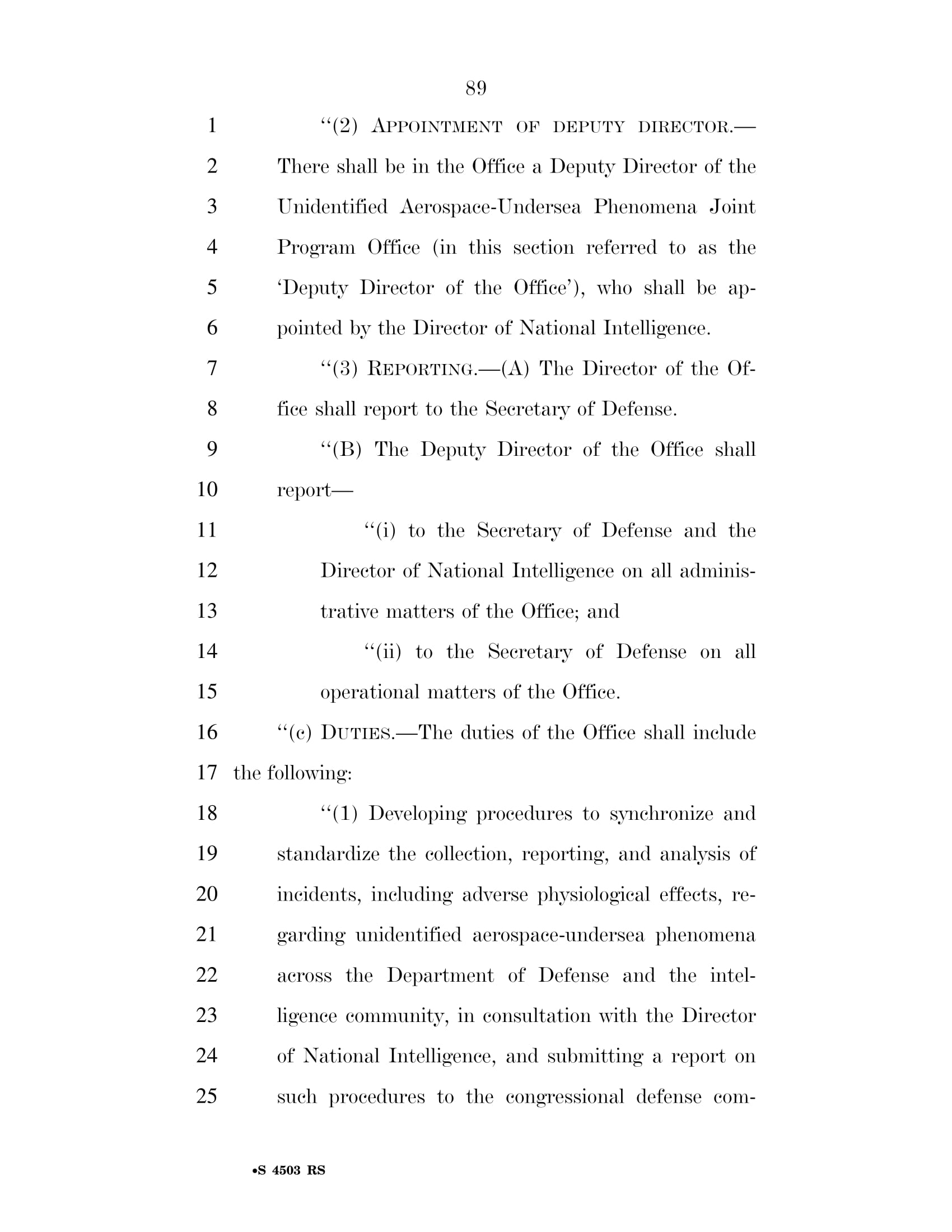 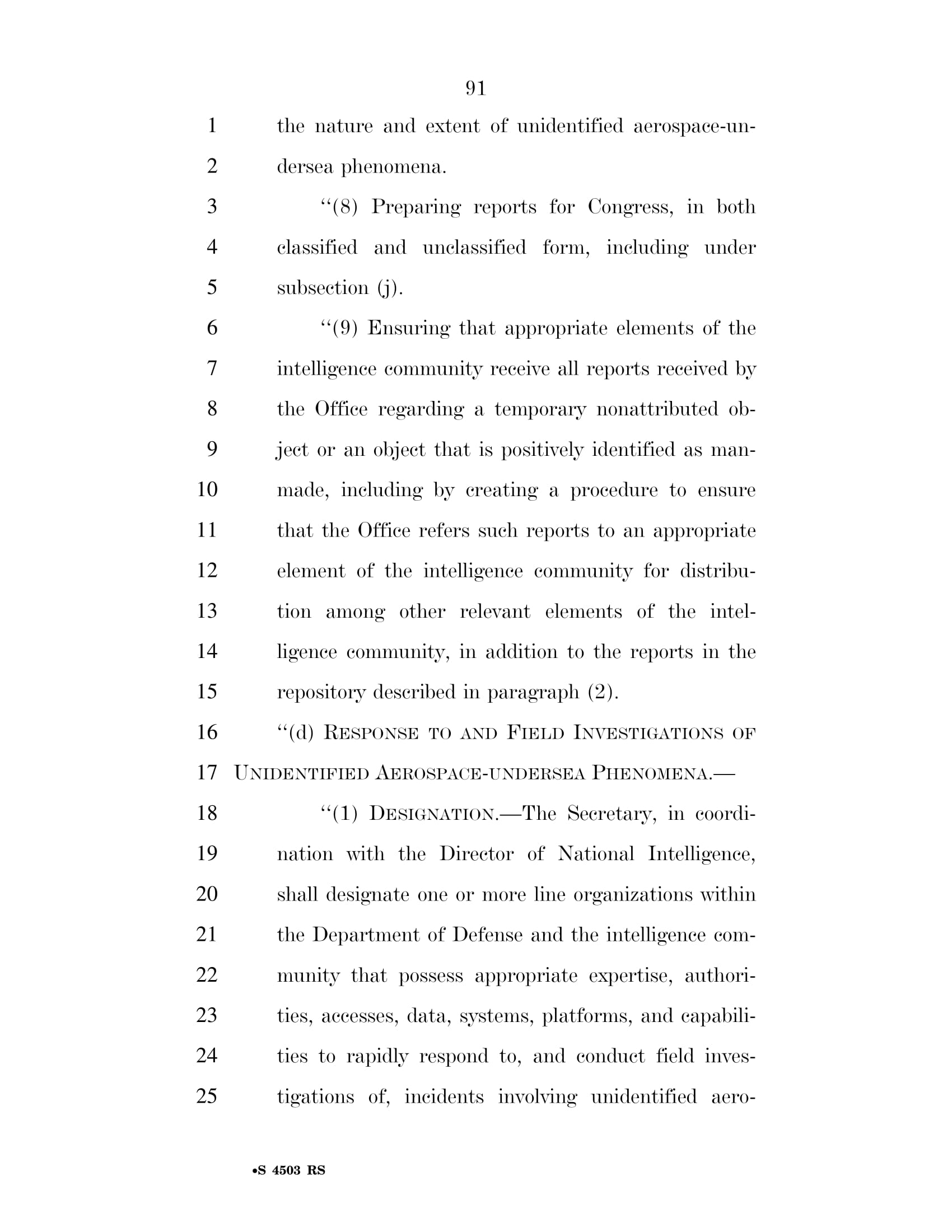 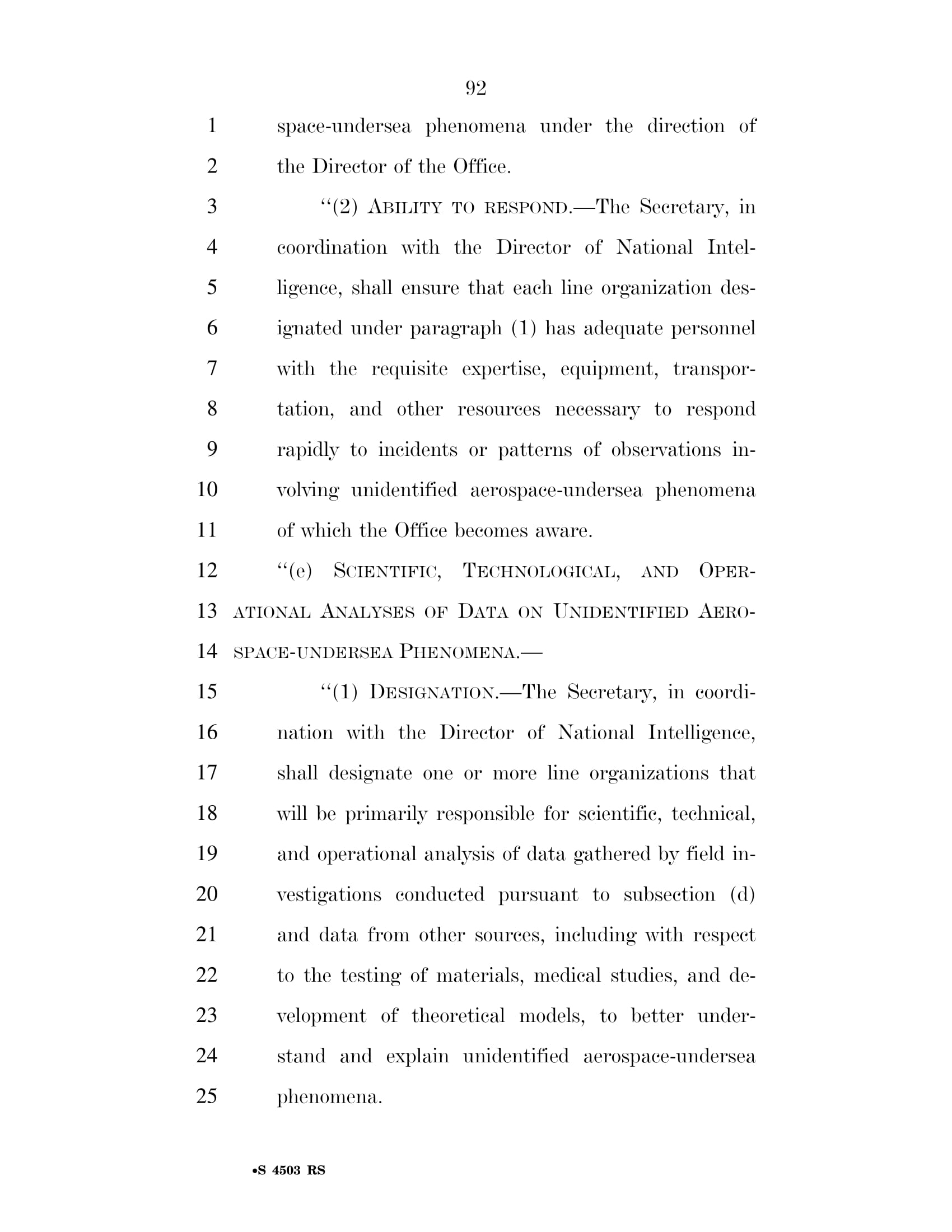 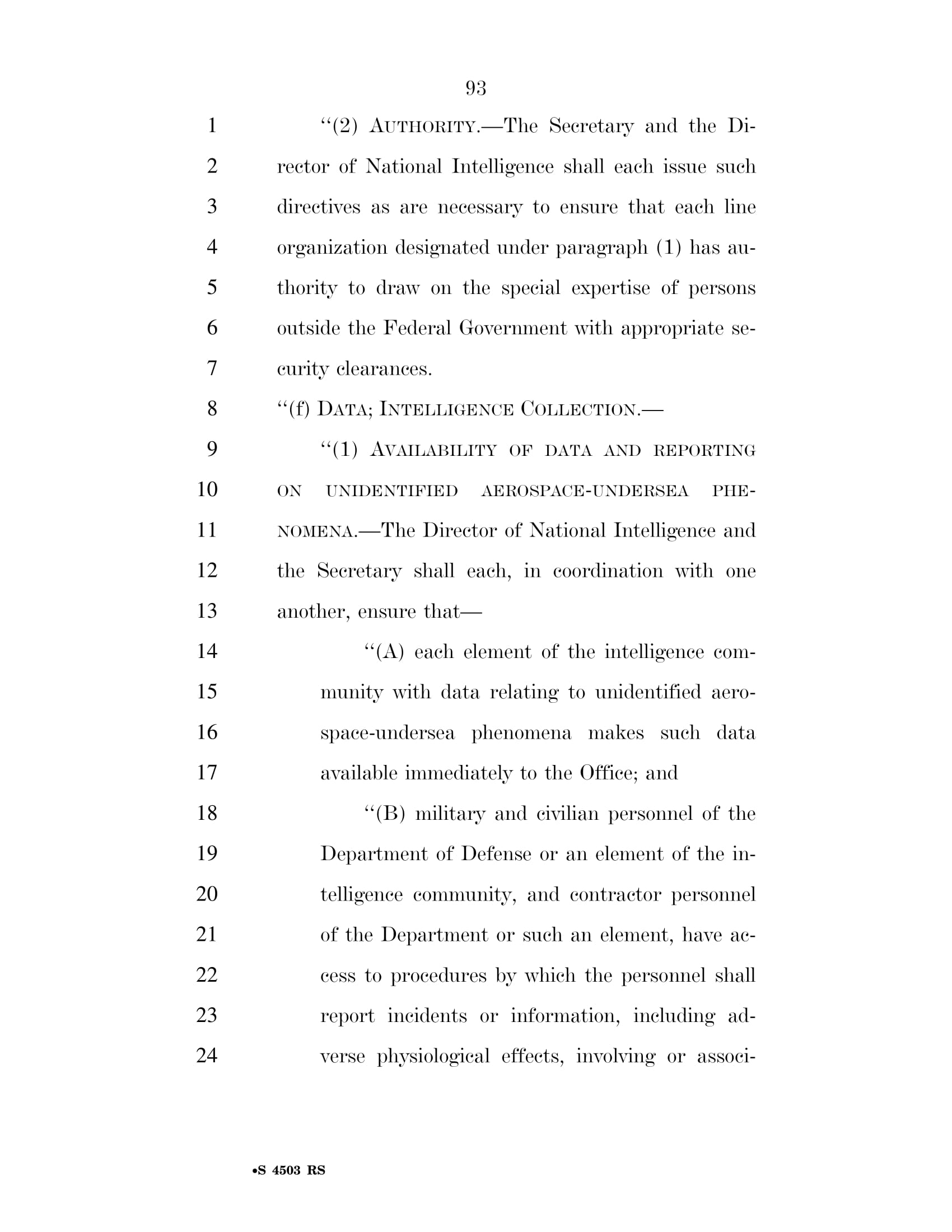 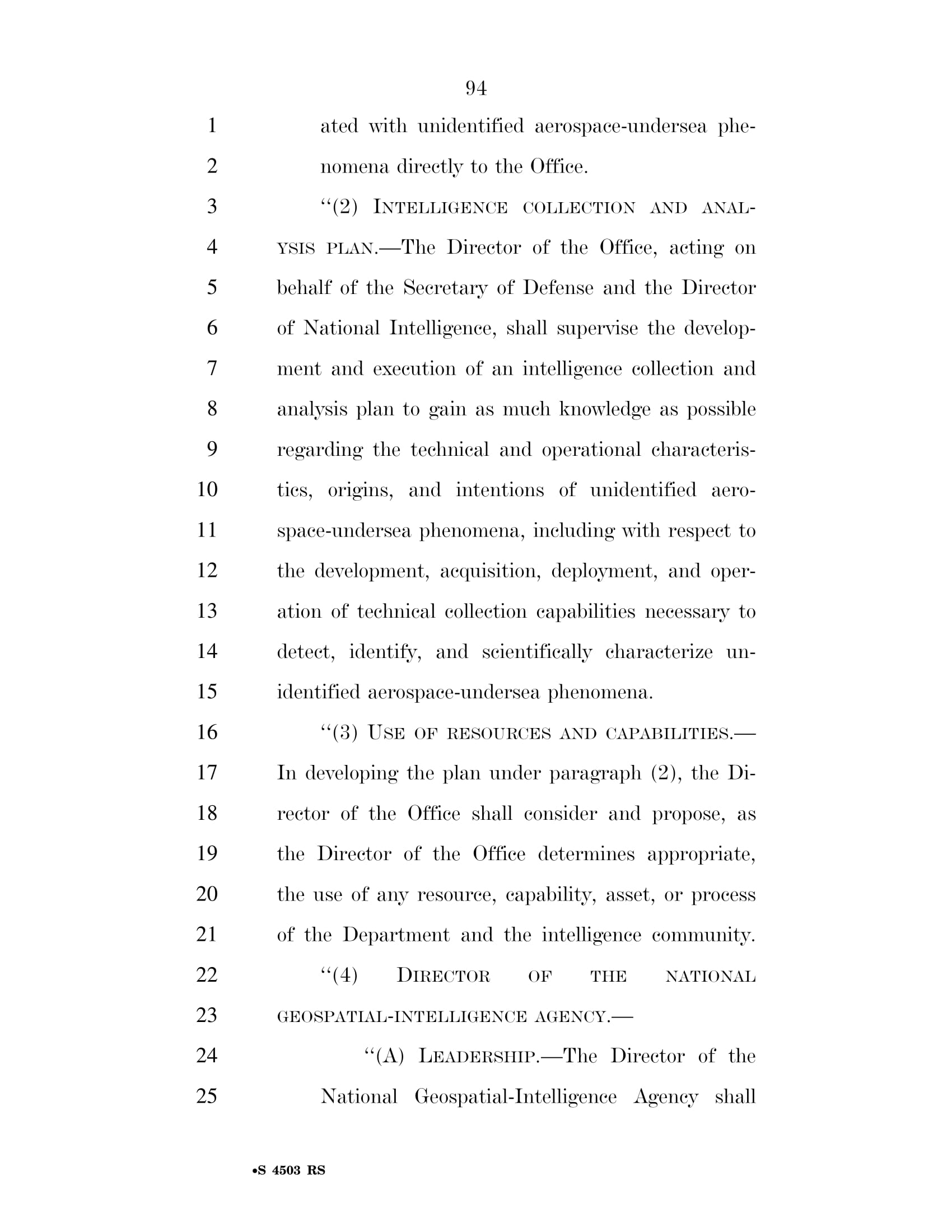 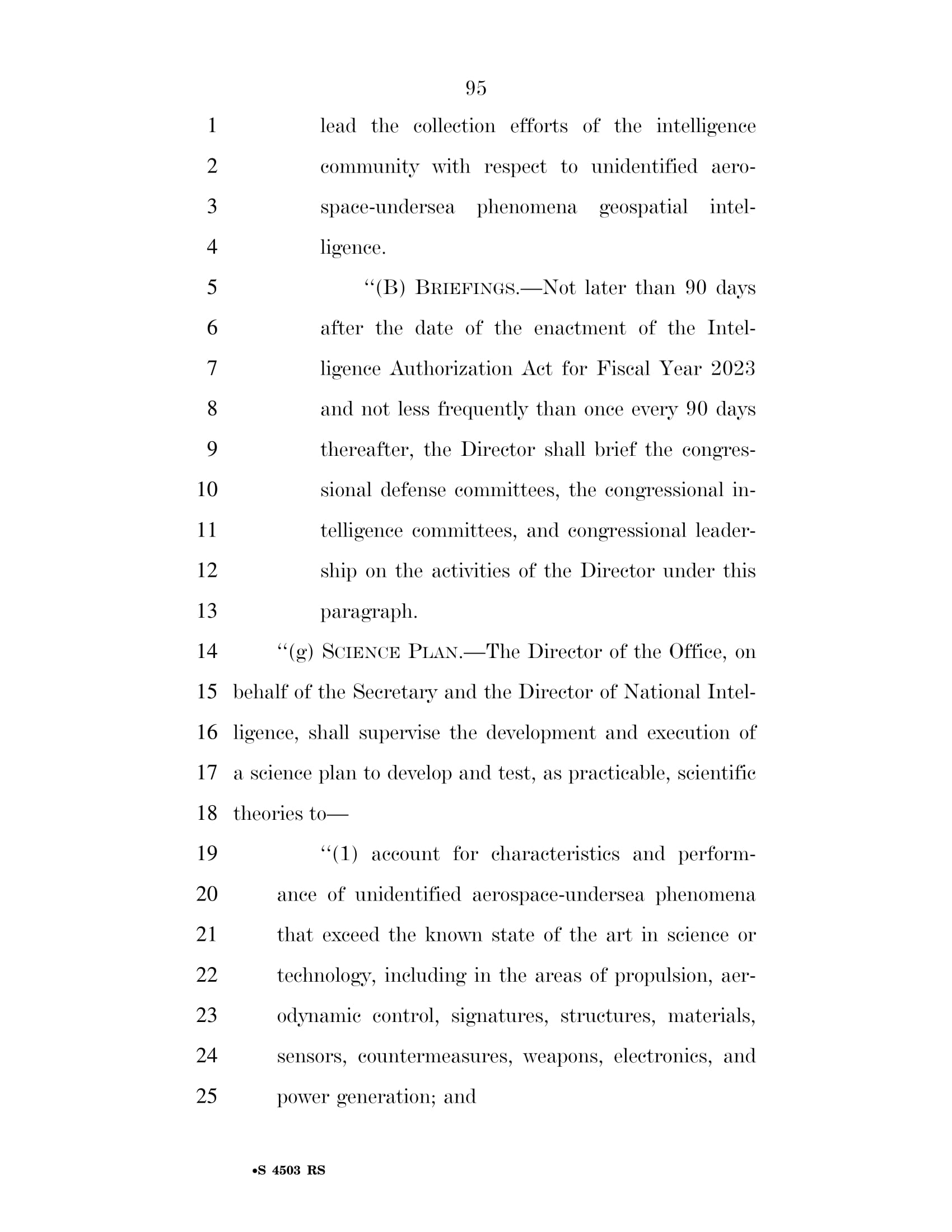 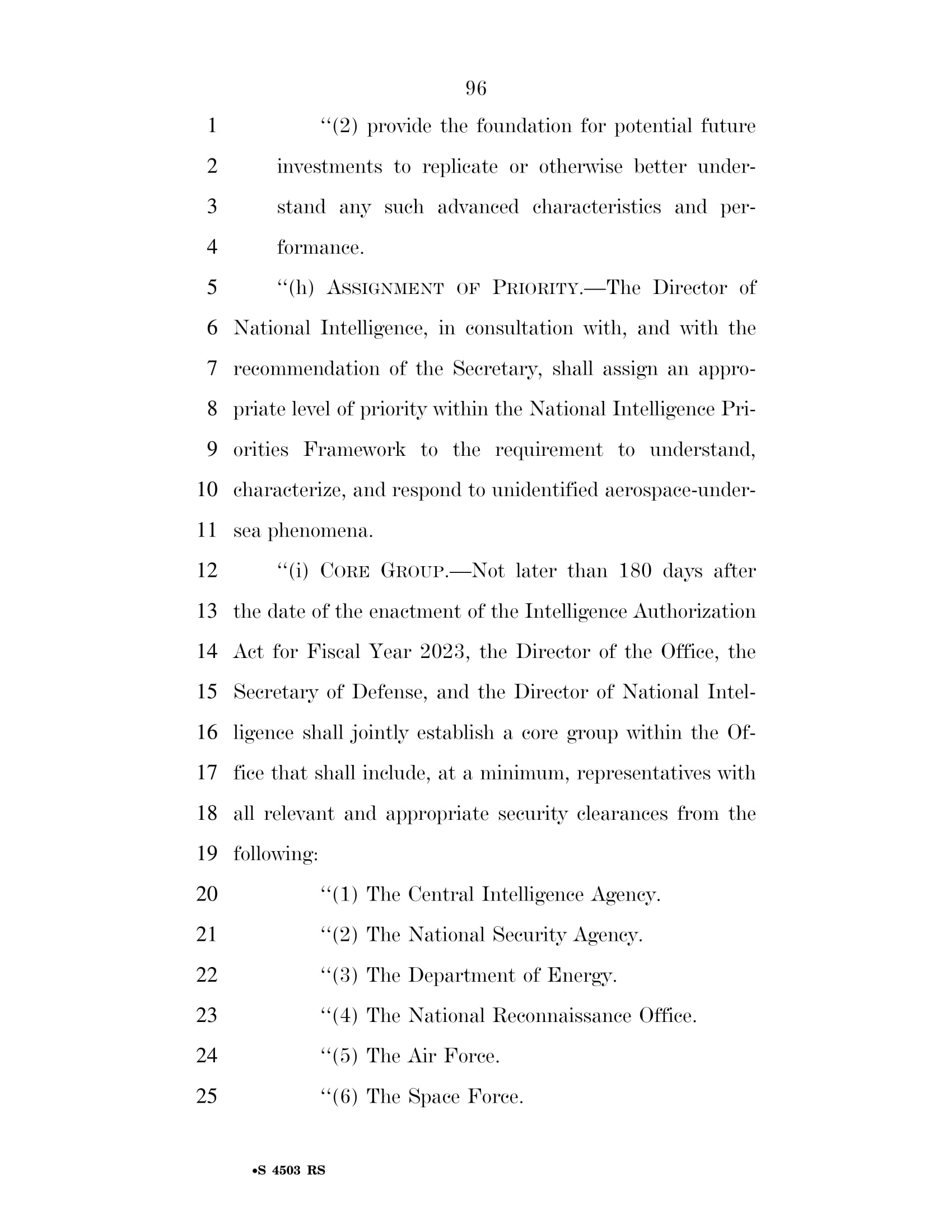 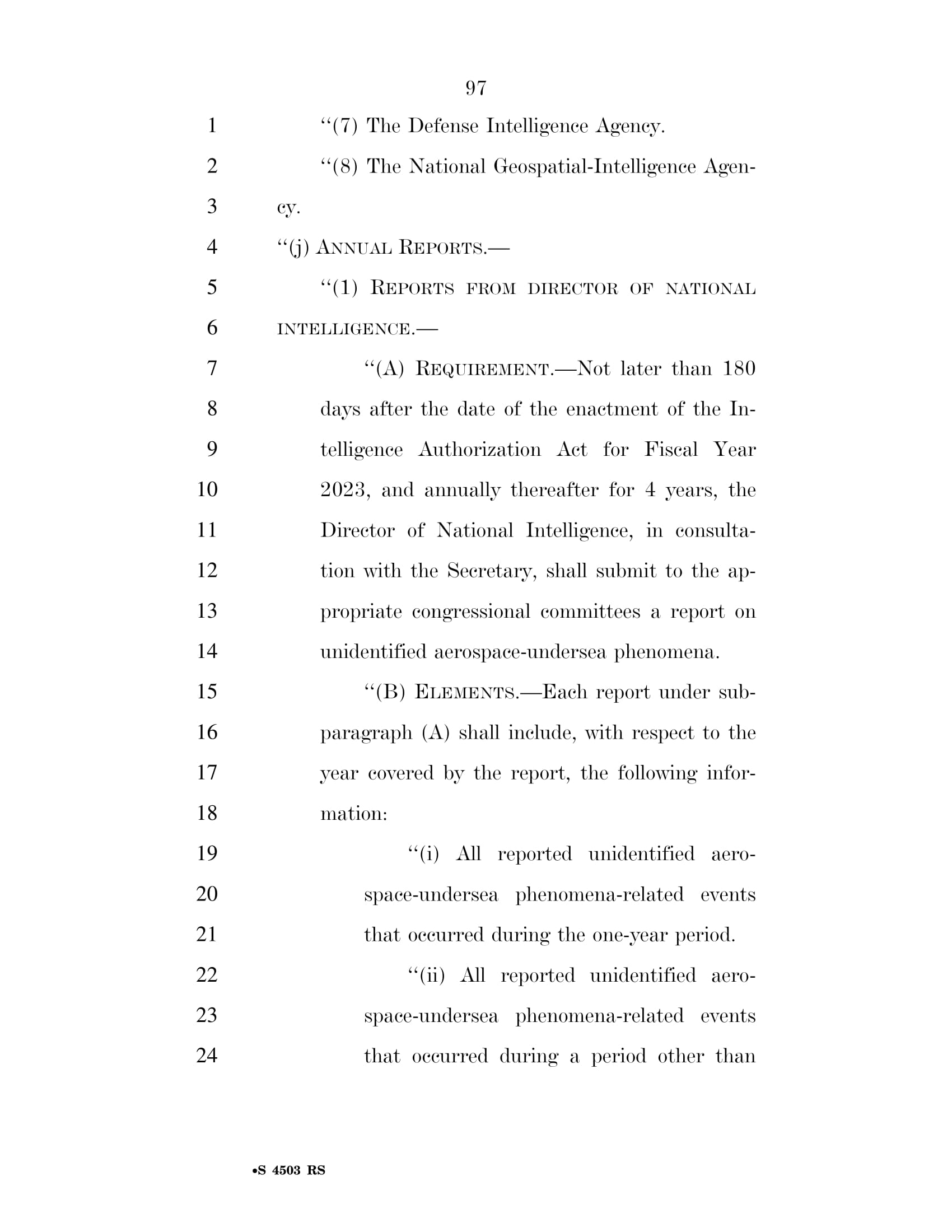 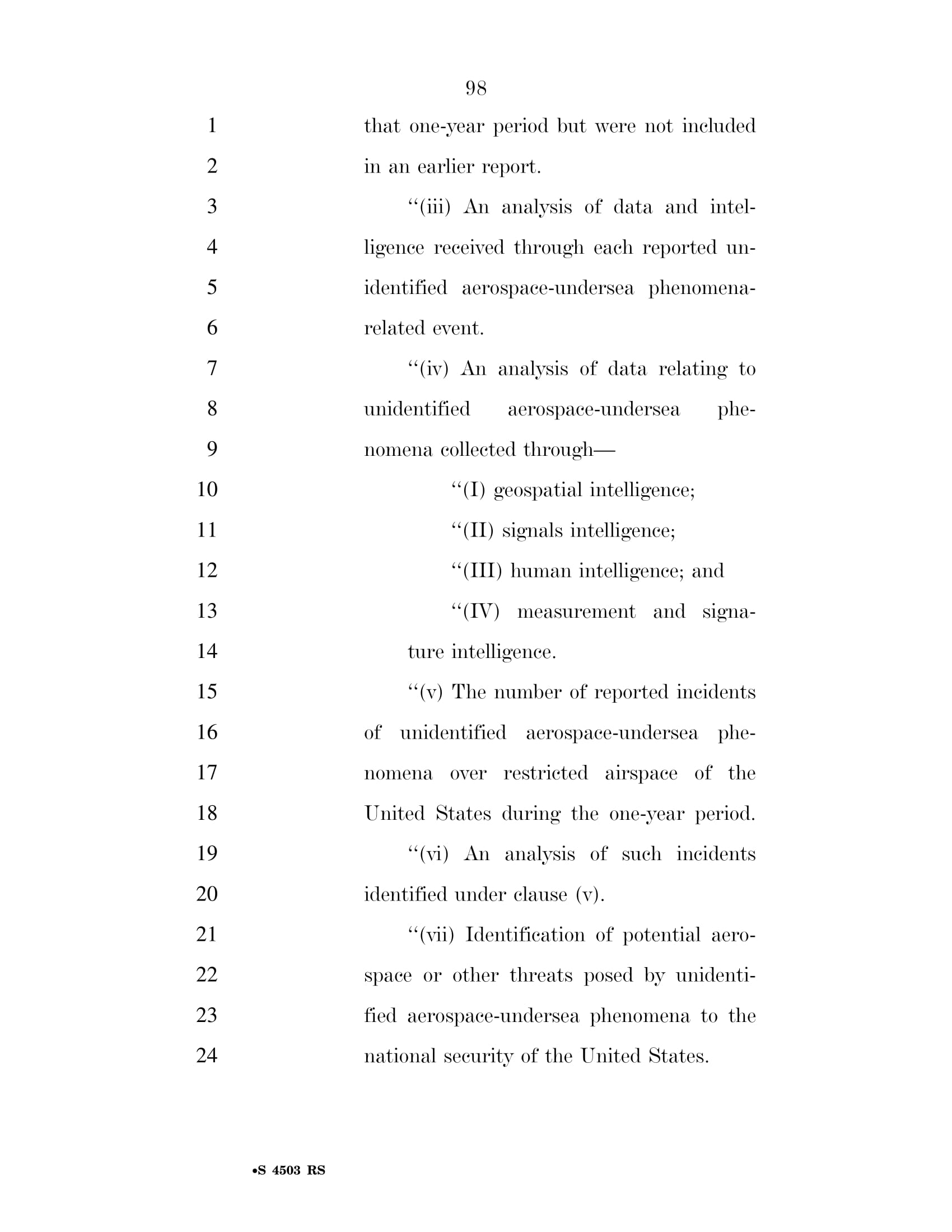 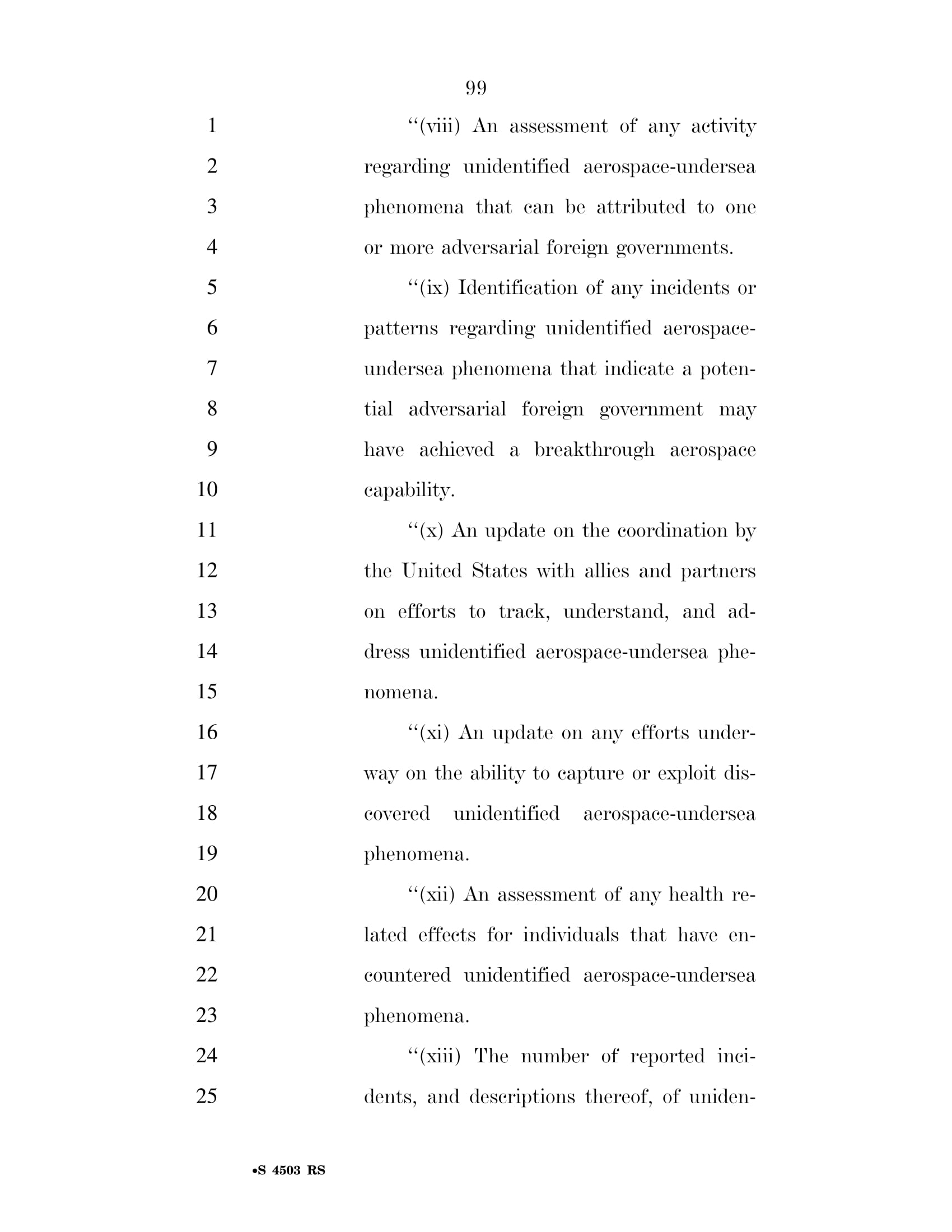 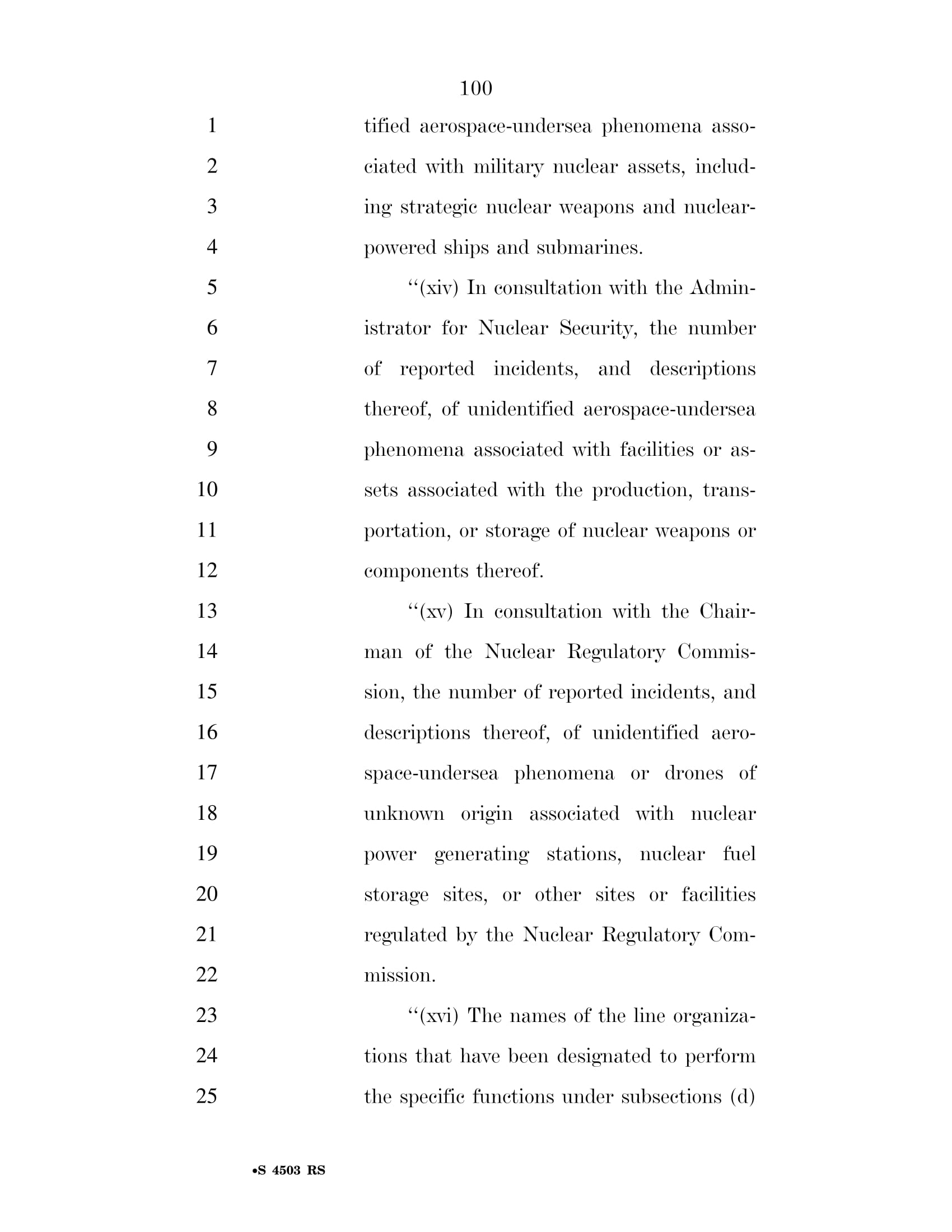