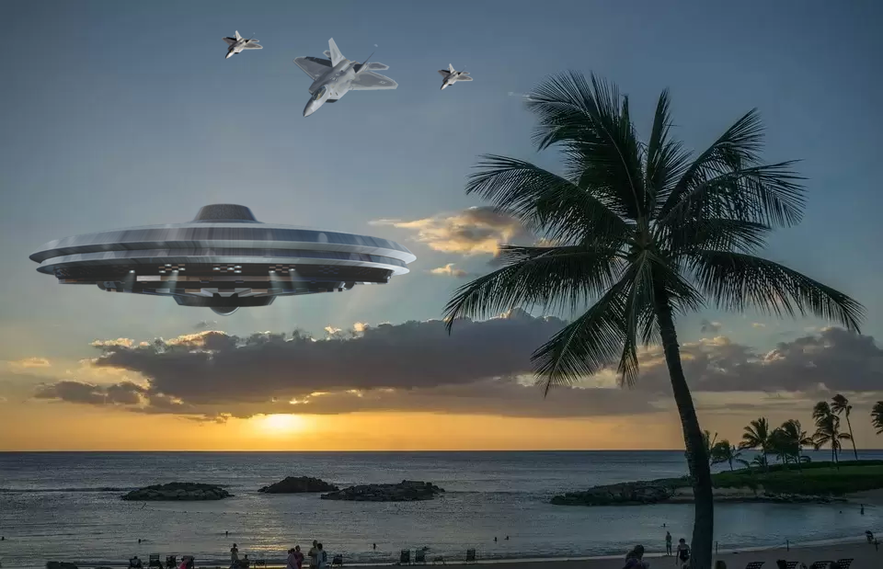 Image: Pixabay/Commons
​
A developing story first reported by Hawaii News Now - followed up by Tyler Rogoway of The War Zone - has the markings of a possible UFO event over the airspace of the tropical islands.

On the afternoon hours of Sunday, June 13, the FAA in Honolulu contacted Hickam Air Force Base to request air support for what many rumor to be a possible airliner in distress. At around 4:00 PM local time, two F-22s from the 199th Fighter Squadron were scrambled on an intercept course that apparently required additional fuel and firepower. According to sources, about an hour or so after the first two jets took off, another fully-armed F-22, and a FKC-135 refueling Stratotanker, were dispatched to the unknown coordinates to provide assistance for what they are calling an "irregular air patrol."

All this military mobilization prompted news outlets to reach out to the FAA and Hickam AFB, which responded with the following statement:

The FAA requested that U.S. Indo-Pacific Command “conduct an irregular air patrol and the situation resolved, prompting the fighters and a KC-135 Stratotanker (a refueling plane) to return to base. We cannot discuss further specifics of the situation.”

This cryptic reply - and the severity of the response - is fueling talk of a possible UFO or foreign nation incursion that may have threatened the air defense surrounding the islands. The FAA, for its part, is downplaying the incident in response to media inquiries by saying that they "have a close working relationship with the military.”

Staff
Another UFO incident over Hawaii. This time, the military said it was a balloon. The intercept of a suspicious balloon near Kauai's north shore is peculiar for a number of reasons.