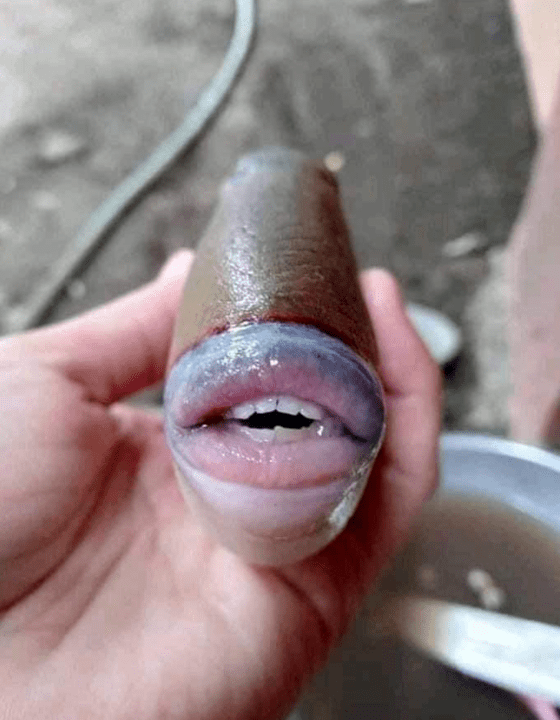 Image: Raff Nasir via Twitter​
Malaysia, a land of eclectic traditions and enthralling beauty, is paradise on the Indo-Pacific for the discerning visitor. But lurking beneath the Azure of its waters - wonders await the intrepid.

On July 2, 2020, Raff Nasir posted two pictures of a strange fish caught in the waters of Malaysia that went viral. The bizarre sea creature, later identified as a Triggerfish, is often found dwelling in the coral reefs of shallow tropical and subtropical coastal habitats of the world.

Known for being ill-tempered and biting divers if they intrude on his territory, the human-shaped-mouth-and-rows-of pristine-white-teeth-that-would- make-some-people-envious fish, soon found itself at the center of unwanted human attention before possibly ending up in an aquarium or a frying pan.
D

I jumped on this thread in anticipation....but instead...