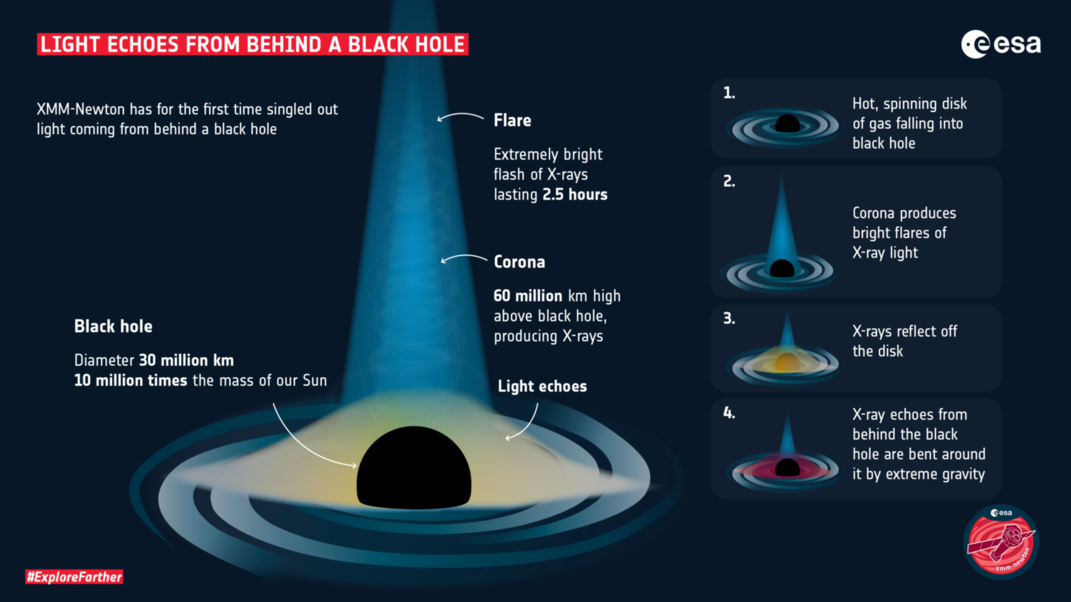 Image: ESA​
Yet another prediction made by Einstein's general theory of relativity has been confirmed by observational methods. A group of scientists over at Stanford University, in collaboration with astronomers and astrophysicists from the European Space Agency, used the XMM-Newton and NASA's NuSTAR space telescopes to observe the spacetime environment around a supermassive black hole lurking at the center of I Zwicky 1, a spiral galaxy about 800 million light-years away from us.

The study's primary focus was to gather images from an area near the event horizon known as the 'corona', a region bathed in X-ray light generated when falling gas and other debris spiral down the cosmic gurgler. To the team's surprise, the images revealed a far more exotic and unanticipated discovery.

You see, back in 1916, Albert Einstein predicted that we should be able to observe light from behind a black hole thanks to a complicated spacetime geometry that drags light around the collapsed object in unusual orbits. According to the theory, random flashes of light coming from the back side of the black hole, called light 'echoes', should make their way to our telescopes, provided we have the right viewing angle. And that's exactly what scientists observed.

Thanks to this groundbreaking discovery, researchers can now create a more accurate three-dimensional model of one of the most energetic and mysterious bodies in the universe. Further your knowledge about light echoes by reading ESA's public announcement below. 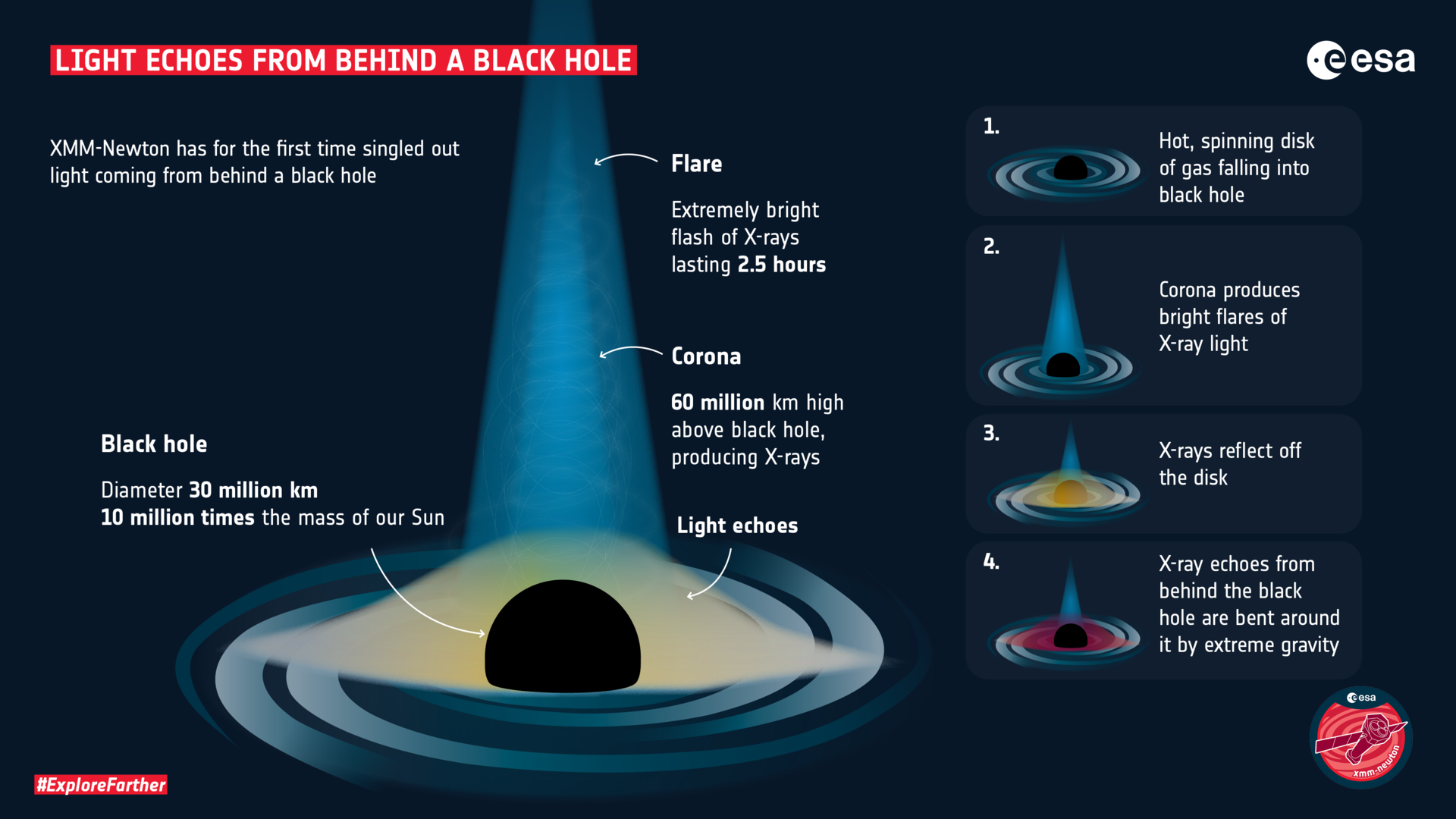 XMM-Newton sees light echo from behind a black hole