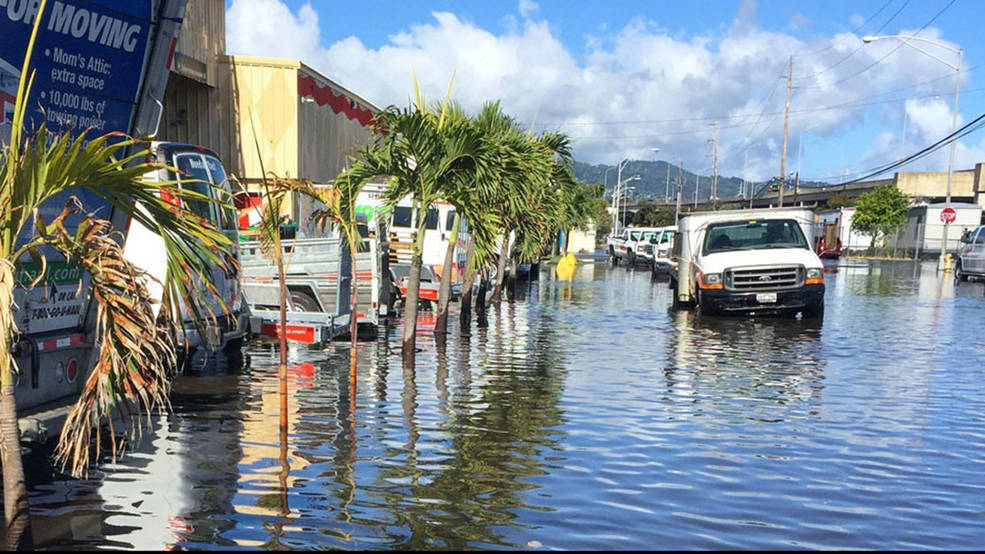 Image: Hawaii Sea Grant King Tides Project​
An 18.6-year lunar cycle has the government concerned. Our natural satellite has entered a disruptive 'wobbling' period in its orbit that will cause major flood surges along coastal regions. This natural process occurs when the moon, the Earth, and the sun line up in ways that influence how strong gravitational tides tug on extended mediums such as large bodies of water, like the ocean. During the critical phase of the 18-year cycle, high tides are amplified in a way that put low-laying areas at risk of catastrophic daily floods.

Although scientists have known about the axial precession of the moon since the early 18th century, the unprecedented level of climate change the planet is currently experiencing is expected to make matters worse. According to a NASA study, global sea level rise caused by global warming coupled with the wobble effect of the Moon’s gravitational pull will make for a truly dreadful combination that places all U.S. mainland coastlines and islands across the planet in peril of being inundated. Is it time to head for the hills? Comment below.
D

If I fish by the polenesian method, moon overhead moon below etc my catches are always very good compard to Random times.
Also my brother in law was at a deer farm and talking to the owner (his mate) the deers feed times and appetite matched his fishing computers predicted best fishing times which also matched the polenesians times in the book I have. I worked security for a few years and although people have debunked this, I can tell you first hand people would go troppo and we were always busy on a night of a full moon. So yeah I have no doubt the moon can casue all manner of things

Staff
Well, if the moon and climate change have their way with us, we are going to be cohabiting with the fish soon.
D

Yes i know what you mean. I think we need to change our approach. It seems very plain our governments are only willing to make token gestures and hope it all goes away. Perhaps we should just start preparing for the worst under the assumption we dont have the will to do anything. In Australia it was a stupid response. We all whined about the financial costs. Im my mind it was the wrong question. We should have asked will the proposed measures help. If yes the cost is irrelevant. If we get sick well medical bills suck. But do we want to get better? Well pay whats needed. We are all stupid. So yeah good call. We better mutate some fins and learn how to breathe under water.

Yeah i hape you like the taste of fish or seaweed if your a vegan. Sadly i am no Kevin Cosner lol 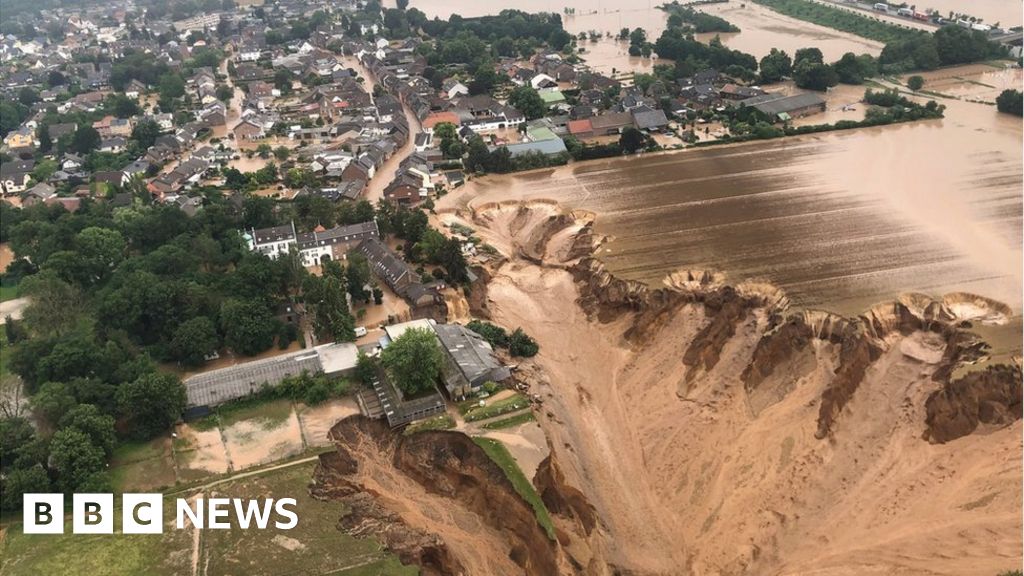 Europe floods: At least 120 dead and hundreds unaccounted for

As many as 1,300 people are still unaccounted for after the worst flooding in decades.
www.bbc.com

One side of my garage got semi-flooded. I'm fortifying now to prevent in future, only in case of flash flooding is this a problem, otherwise, the drainage is able to carry the water away.


Reading these horror stories, people fleeing their homes, mine feels like nothing - still a pain!
D