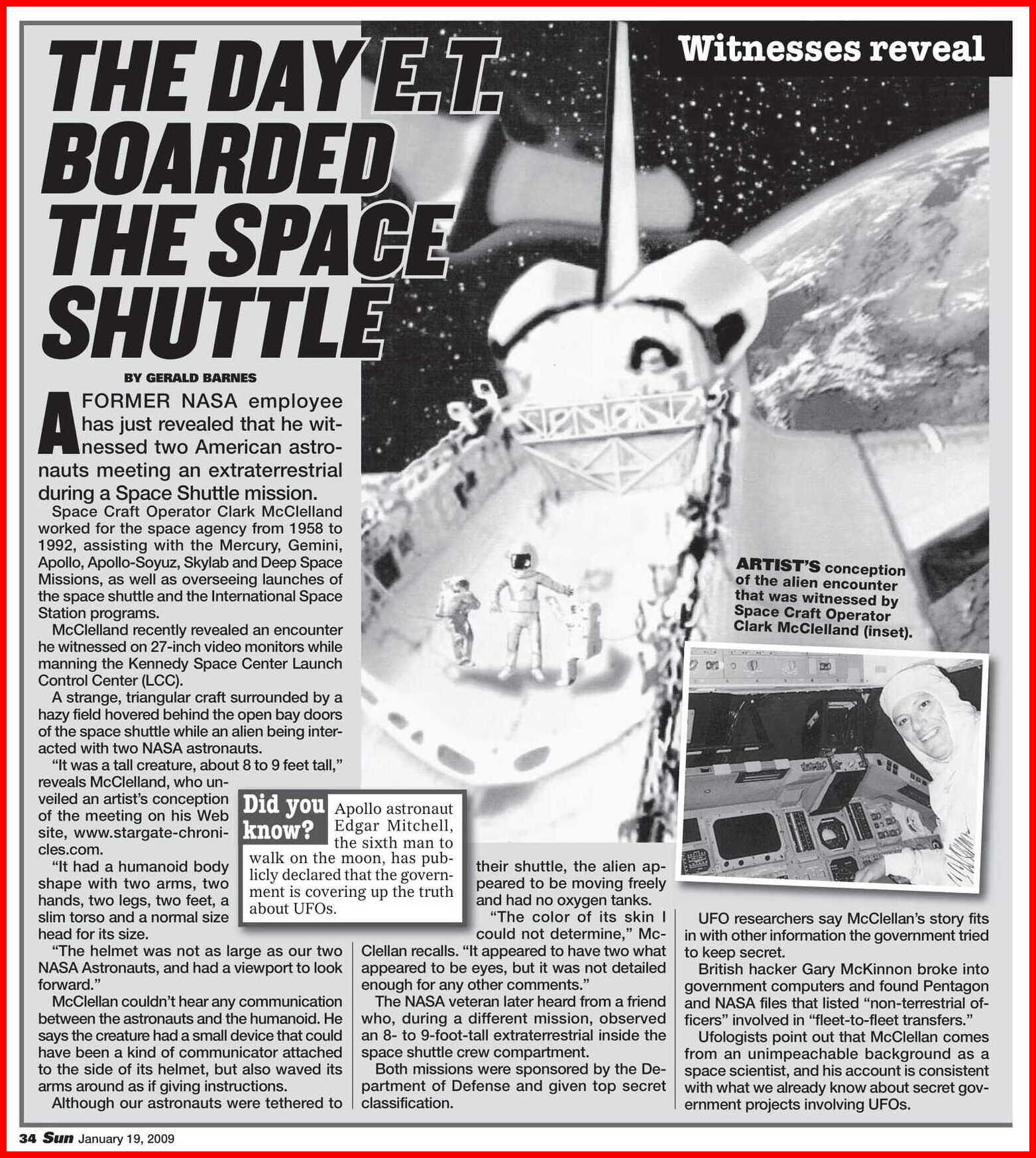 Image: American Media Inc​
NASA's recent announcement that it will launch a preliminary study on unidentified aerial phenomena was well-received by the UFO community. Although the budget allocated to such endeavor raised quite a few eyebrows due to its paltry amount, it was nevertheless a step in the right direction.

Despite this newfound open-mindedness on the subject, not everyone is convinced NASA is being genuine or truthful about its agenda regarding UFOs. For quite sometime now, conspiracy aficionados have been decrying what they perceive to be a continuing, massive cover-up perpetrated by the space agency spanning decades.

If the rumors are to be believed, NASA is not only hiding from the public the reality of extraterrestrial activity on our planet, but is indeed engaged in some sort of cosmic collusion with entities from other solar systems.

On its 2019 January issue, the American publication Sun published a compelling story supporting the allegations that NASA is liaising with aliens on a regular basis. The meetings reputedly take place in orbit, where some sort of technology exchange occurs and who knows what else. We are embedding the controversial story in the image posted above for your reading convenience.
Share:
Facebook Twitter Reddit Pinterest Tumblr WhatsApp Email Share Link
Top Bottom