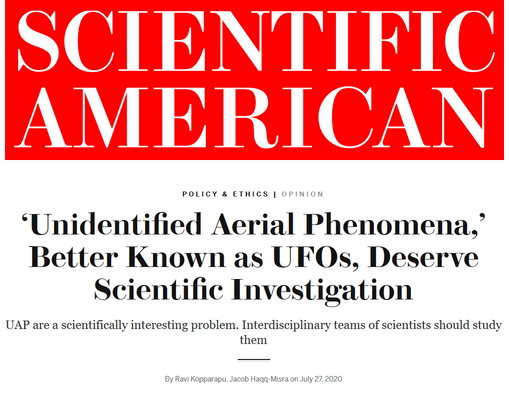 Image: Scientific American/Springer Nature
​
Ravi Kopparapu, a planetary scientist at NASA Goddard Space Flight Center, and Jacob Haqq-Misra, an astrobiologist who studies planetary habitability, published an article on Scientific American calling for the serious study of UFOs. The authors cite the recent confirmation of the Pentagon that unidentified objects are indeed appearing in our skies as a legitimate subject of scientific inquiry.

The academics also reference the culture of ridicule and perception of pseudoscience surrounding UFOs in scientific circles for the lack of interest and silence on the subject. This aura was fostered in no small part by the intelligence community in order to publicly suppress a phenomenon they could not explain. With our ever-increasing advances in technology and interdisciplinary collaborations, however, they hope to bring all available disciplines together to tackle one of the most elusive and vexing subjects of our times.

This SciAm article is a bold step in the right direction for a publication that prides itself in bringing the best and latest scientific research to the curious layman. Let's hope the trend continues. Read the complete article below: 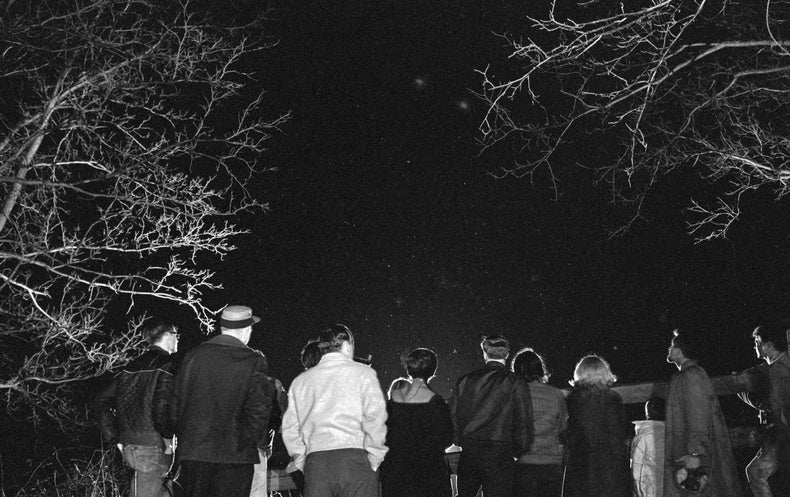 UAP are a scientifically interesting problem. Interdisciplinary teams of scientists should study them