Out of Time Artifacts 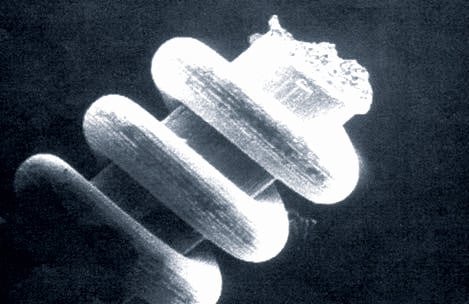 Image: CosmoTV​
On his last appearance on the Joe Rogan Experience, business magnate Elon Musk posited a hypothetical scenario whereby present-day humans could verify that our ancestors were indeed helped by an advanced alien civilization. All it would take, Elon suggested, was for archaeologists to discover a "one-cubic-inch piece of titanium inside one of the pyramids." Given that the alloy is not naturally occurring or available at the time when the megalithic monuments were constructed, Musk ruminated that such a find would be a good indicator of otherworldly forces intervening in the course of human history.

While we wait for scientists to unearth the exotic metal cube out of one of the thousands archaeological digs going on around the world, let us explore the controversial world of OOPArts, or Out-of-Place Artifacts. Considered a fringe subject by mainstream science, OOPArts challenge the established teleological model of a linear, gradual progression of human technological advancement by throwing into the archaeological mix anachronistic objects lacking any contextual explanation which possess a degree of sophistication deemed too complex for their era. Famous examples of OOPArts that continue to baffle scientists to this day, include the Baghdad Battery, the London Hammer, and the Antikythera mechanism. Although this is by no means an exhaustive list, these OOPArts have withstood any definitive attempts to place them within the origin narratives of preclassical antiquity.