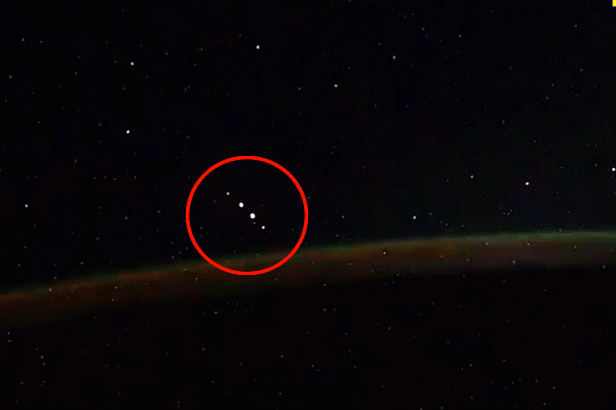 Image: Ivan Vagner/Roscosmos via Twitter
​
Ivan Vagner, a Russian cosmonaut orbiting Earth aboard the International Space Station, captured revealing footage of UFOs while filming the aurora borealis. Vagner posted the video on his Twitter account and provocatively asked his audience whether it was “Space guests, or how I filmed the new time-lapse...”

The footage, according to Vagner, was sent to Russia's space agency for further analysis. 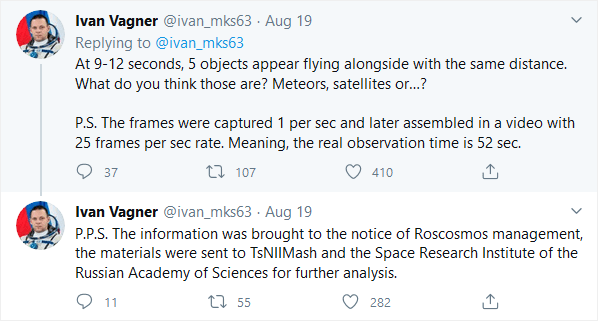