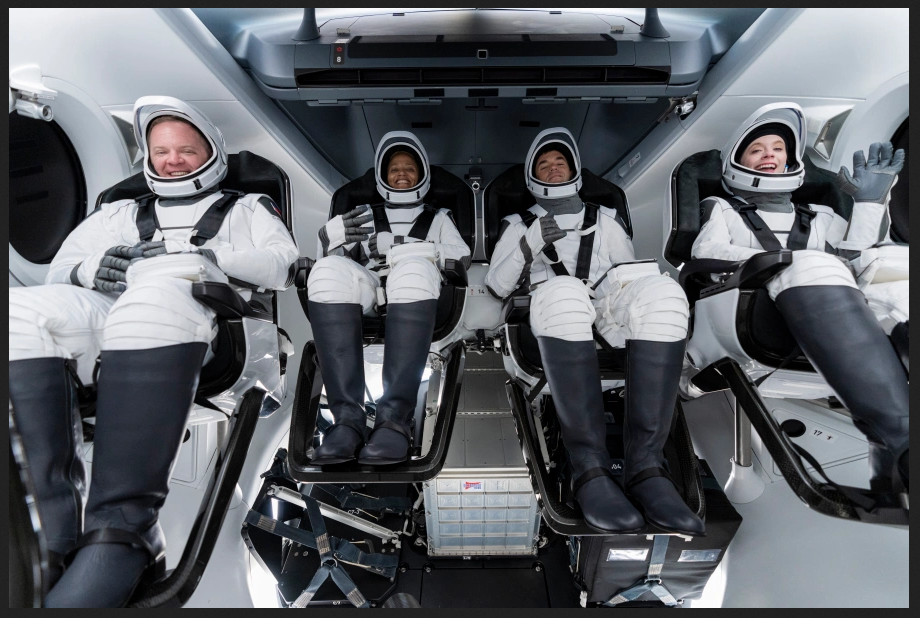 Image: SpaceX​
At the time of this writing, SpaceX's Inspiration4 crew of civilian astronauts have already completed their first day in orbit and are about to enter their second. Being stuck in a capsule the size of a minivan for 3 days with a trio of fellow space enthusiasts may seem like an extraordinary feat, but there are some creature comforts on board, like a toilet, and an assorted variety of food to munch on. And just in case one of the newly-minted astronauts gets a sudden panic attack and tries to exit the craft, complementary sedatives accompanied by plastic restrains - all courtesy of Elon Musk - should quell any space-induced freakout that may occur.

Having dispensed with the ugly facts of space travel, let's now concentrate on the positive side of the mission. The crew made history for being the first human spaceflight consisting of private space tourists. The Dragon spacecraft is "higher than the International Space Station, higher than the Hubble Telescope, honestly higher than any humans other than those who went to the moon," says Andy Tran, a supervisor for SpaceX. Orbiting at roughly 366 miles above Earth, the capsule is still a safe distance away from the inner Van Allen radiation belt and should not expose the crew to any extreme cosmic environment, though part of the mission is to gauge how much radiation accumulates in their bodies over a 3-day period. Godspeed.