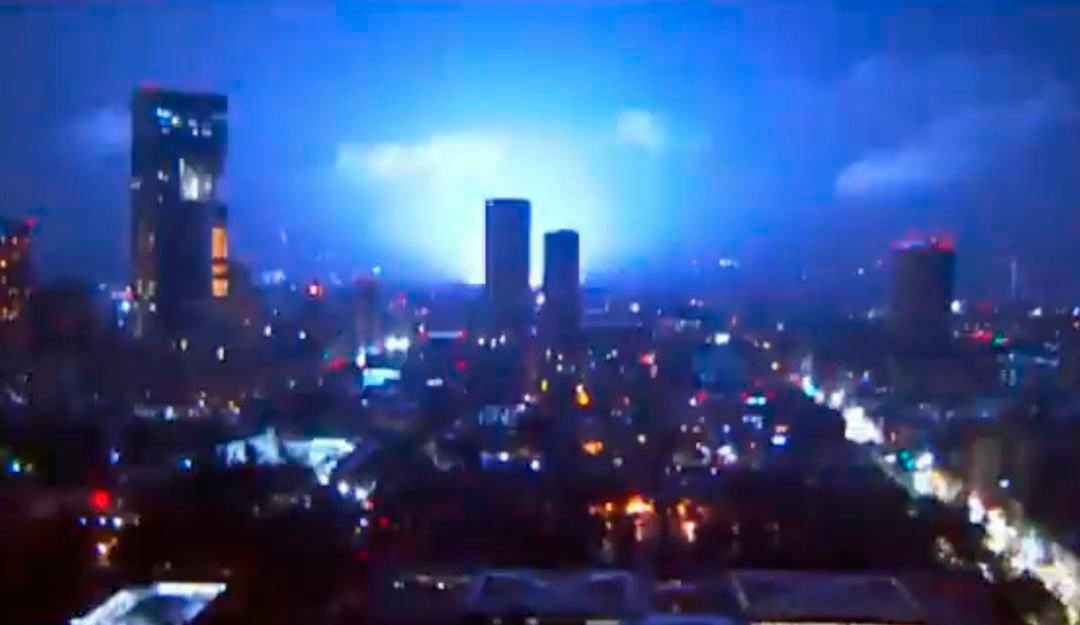 Reports indicate that the earthquake claimed the life of at least one resident and caused moderate structural damage across the region. The true shocker, however, was the mysterious light display in the sky during and after the earthquake, which caused the alarmed citizenry rushing to the streets to ponder whether the world was "coming to an end."

Although seismologists have a working hypothesis of how and why this light phenomenon manifests in regions prone to earthquake activity, it is nevertheless an unnerving sight to behold, specially when the ground is shifting beneath one's feet. Current geophysical models lend credence to the idea that the enormous amount of strain energy generated when tectonic plates collide and break, could, at least in theory, unleash some of that stored energy in the form of an electrical storm.