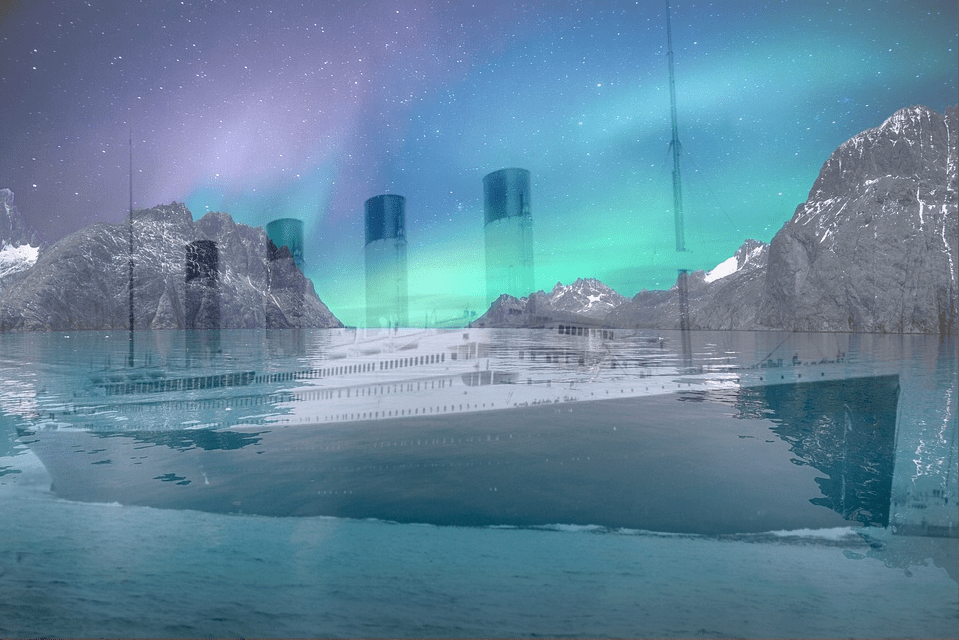 Image: Pixabay/Creative Commons (CC)
​
Leo may have been "King of the World" for a brief moment in the Titanic film. But little did he know that the King of the Solar System was about to throw a wrench of a magnetic kind in his maritime way. On the historic night of April 15, 1912, the RMS Titanic went down to a watery grave after it collided with an iceberg, causing the tragic death of more than a thousand passengers. The principal cause of the accident and its subsequent sinking, often attributed to a confluence of human errors and a myriad of engineering flaws, continues to be a subject of research that is slowly uncovering more clues about what really happened on that fateful night.

In a new paper (see link below) put forth by Mila Zinkova, a weather researcher at UC San Francisco, the author proposes that space weather may have been the primordial culprit of the sinking of the Titanic. According to Dr. Zinkova, a moderate to severe geomagnetic storm caused by a coronal mass ejection (CME) from the Sun, may have interfered with the navigational instruments on the Titanic, causing the ship to slightly deviate from its course and setting it on a collision path with the lurking iceberg.

According to historical records, on the night of April 15, the sky in the North Atlantic was ablaze with Northern Lights activity. Author Lawrence Beesley, who survived the calamitous event, described the aurora borealis around the ship as "a faint glow in the sky ahead on the starboard quarter, the first gleams, we thought, of the coming dawn." After compiling and analyzing several testimonies about the conditions in the sky that night, Zankova is almost certain that the magnetic disturbances around the Titanic were severe enough to slightly disrupt its magnetic compass, which threw the ship into a path of destruction.

You can be bloody unlucky can't you? So many things lined up to contribute to that disaster.

Dundee said:
You can be bloody unlucky can't you? So many things lined up to contribute to that disaster.
Click to expand...