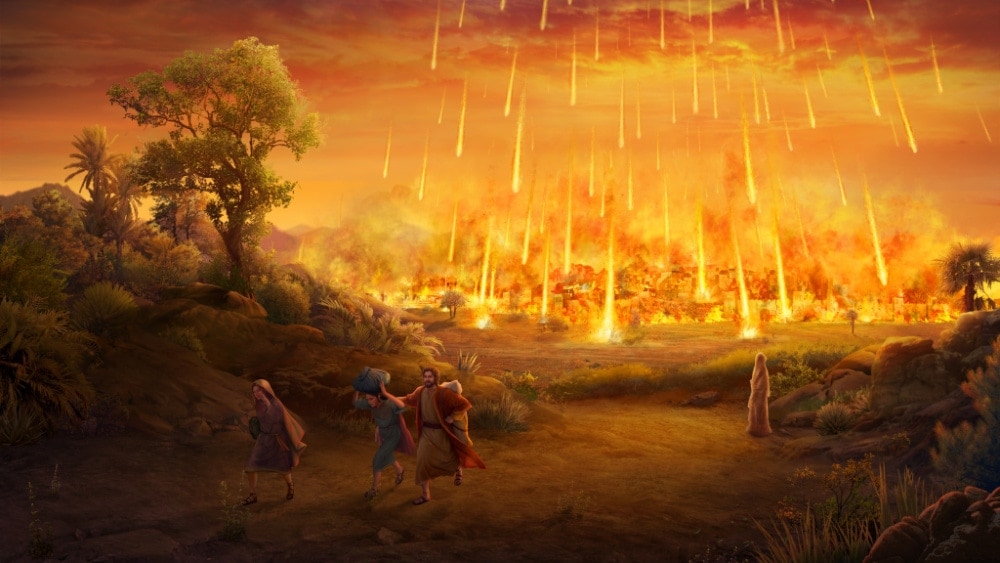 Image: Pinterest​
Then the LORD rained down sulfur and fire on Sodom and Gomorrah— from the LORD out of the heavens. Thus He destroyed these cities and the entire plain, including all the inhabitants of the cities and everything that grew on the ground. - Genesis 19:24

Archeologists working on a Middle-Bronze-Age city in the southern Jordan Valley northeast of the Dead Sea, believe they may have found the epicenter of one of the most catastrophic disasters that ever befell the region. Tal el-Hamman, a thriving urban center near the Dead Sea, was reduced to ashes in a single day of horror 3,600 years ago. According to a team of scientists who excavated the ancient site for more than a decade, the bustling metropolis and its surroundings were struck by a comet-like, icy solar system body magnitudes larger than the 1908 Tunguska meteor in Russia.

The extent of the devastation found in the "destruction layer" indicates a possible airburst of an asteroid entering the atmosphere at 38,000 mph (61,000 kph). Withing minutes of the explosion, a radially-expanding fireball elevated the temperature in the region to 3,600 degrees Fahrenheit (2,000 degrees Celsius), instantly setting everything on fire. The final punch came in the form of a searing shockwave moving at about 740 mph (1,200 kph). The scorching windblast leveled every building and reduced the 8,000 or so inhabitants of the city to charred bone fragments. 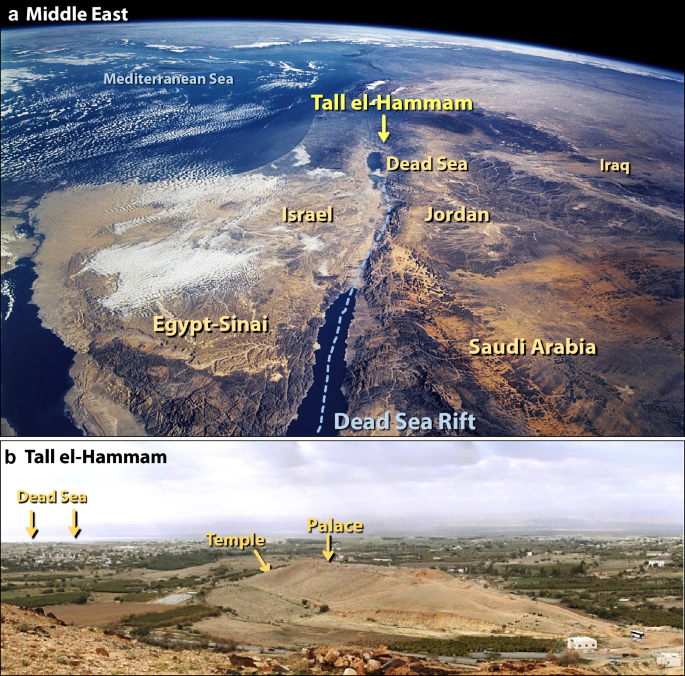 We present evidence that in ~ 1650 BCE (~ 3600 years ago), a cosmic airburst destroyed Tall el-Hammam, a Middle-Bronze-Age city in the southern Jordan Valley northeast of the Dead Sea. The proposed airburst was larger than the 1908 explosion over Tunguska, Russia, where a ~ 50-m-wide bolide...