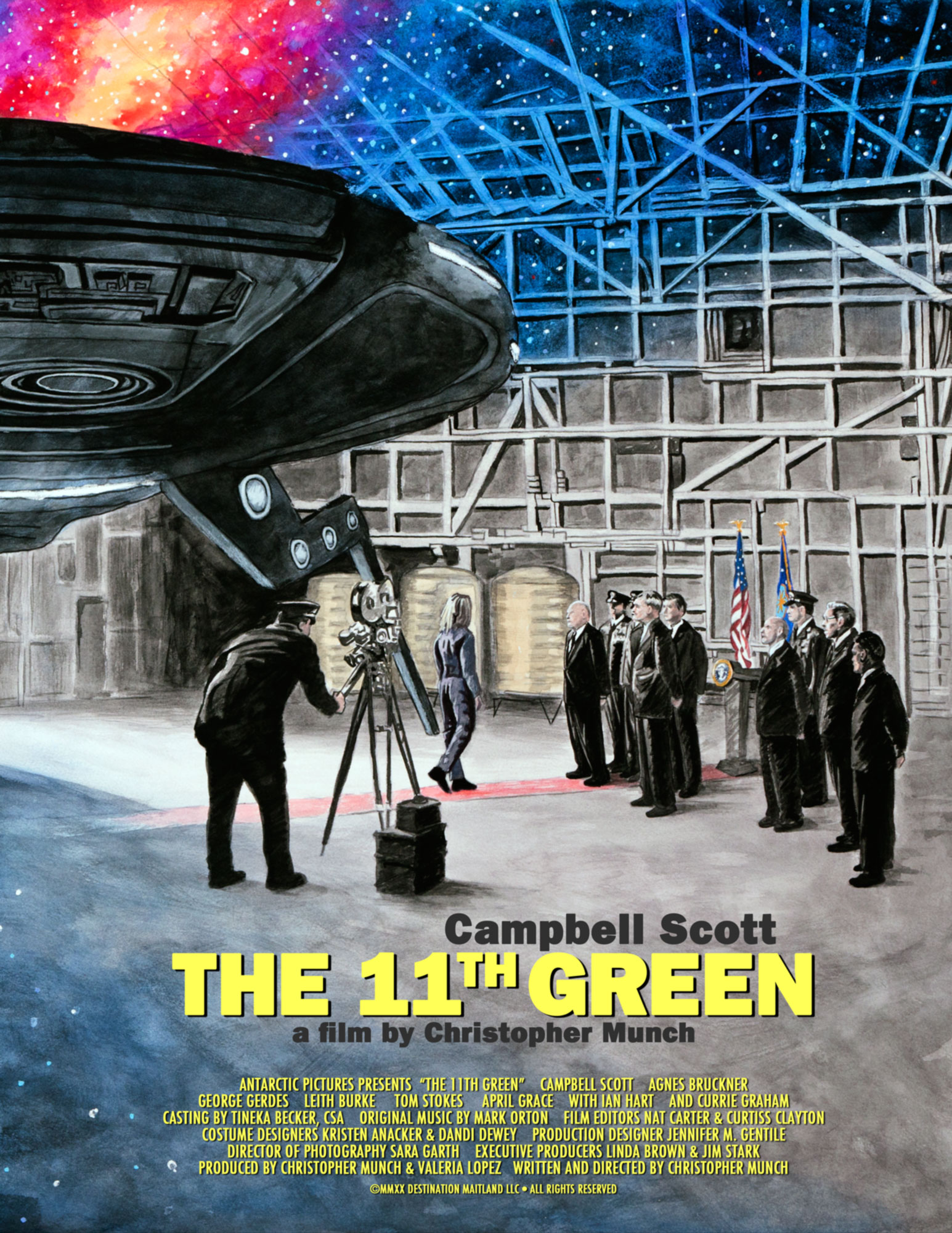 Image: imdb
​
In ufology, it is often said that uncertainty is the fire in which we burn. Lingering in a limbo between the fringe and the mainstream, lies the alleged extraterrestrial encounter between beings from other worlds and former President Dwight Eisenhower. UFO 'lore has it that sometime during the 1950s, several alien expeditions met with the then U.S. head of state at Holloman Air Force base in New Mexico. The visitors' purpose, according to sources, was to liaise with their human counterparts for the benefit of all the parties involved. The alleged events - relegated to embers of speculative fiction - have been revisited and rekindled in a new film by Christopher Munch.

"The 11th Green," alluding to Eisenhower's residence at a golf resort between the California/Nevada border, seeks to explore the legend behind the controversial E.T. encounters with an imaginative storyline peppered with often dark and M-rated overtones. Munch, who doesn't shy away from making generous use of creative artistic license to draw the viewer into a whimsical and intriguing narrative, weaves a compelling story that will not quench the uncertainty fire, but will almost certainly stoke it. Watch the trailer below and don't forget to comment.