The Case for Official UFO Ignorance

A thought-provoking article written by Douglas Giles - a philosophy professor and blogger - invites the reader to consider the possibility that we, as a species, may not truly understand the nature and origin of UFOs. Starting from a neutral position, Prof. Giles analyses the opposite and often extreme societal points of view that abound regarding the phenomenon and dissects them with a sharp but fair critique.

Dr. Giles, who is neither an ardent believer nor a rabid skeptic, posits that radical skepticism is contrary to the abundance of evidence pointing to the existence of unexplained objects for which we have no readily available explanation. This stalwart attitude that UFOs are nothing but a figment of the imagination, could be considered an extreme form of contrarianism not grounded in any solid argument, but rather fueled by an irrational superiority complex.

On the opposite end of the spectrum, we find radical believers. Equally dismissive of any point of view that goes against their preexisting paradigm, 'true' believers are self-assured that UFOs are of an extraterrestrial nature and frequently decry scientific authority as a marginalizing agent bent on covering up the alien visitation reality in service of the state. This type of rationality not only undermines any serious dialogue about the phenomenon, but also denotes an underlying predisposition to confirmation bias and - in the most extreme cases - paranoia.

Caught in the middle of this heated debate, are government institutions. Often accused of perpetrating a UFO cover-up in order to preserve their political sovereignty, Giles argues for the case of institutional ignorance about UFOs. While it may seem as if the government is trapped in a sort of perpetual authoritative disregard for the phenomenon, the reasons for this historically active public dismissal could simply be rooted in the conjecture that UFOs exceed human comprehension. Whether you agree or disagree with Giles' premise, it is undeniable that this article significantly elevates the conversation to another level. 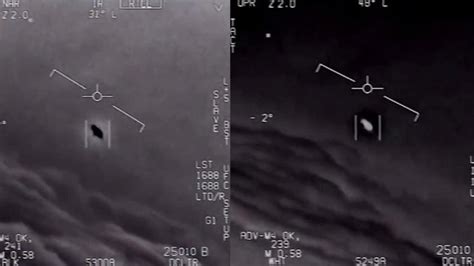 UFOs: What If There’s Nothing to Disclose?

The truth is out there, and it lies somewhere between the extremes of skepticism and believe-anythingism. That’s especially the case for the phenomena we call UFOs