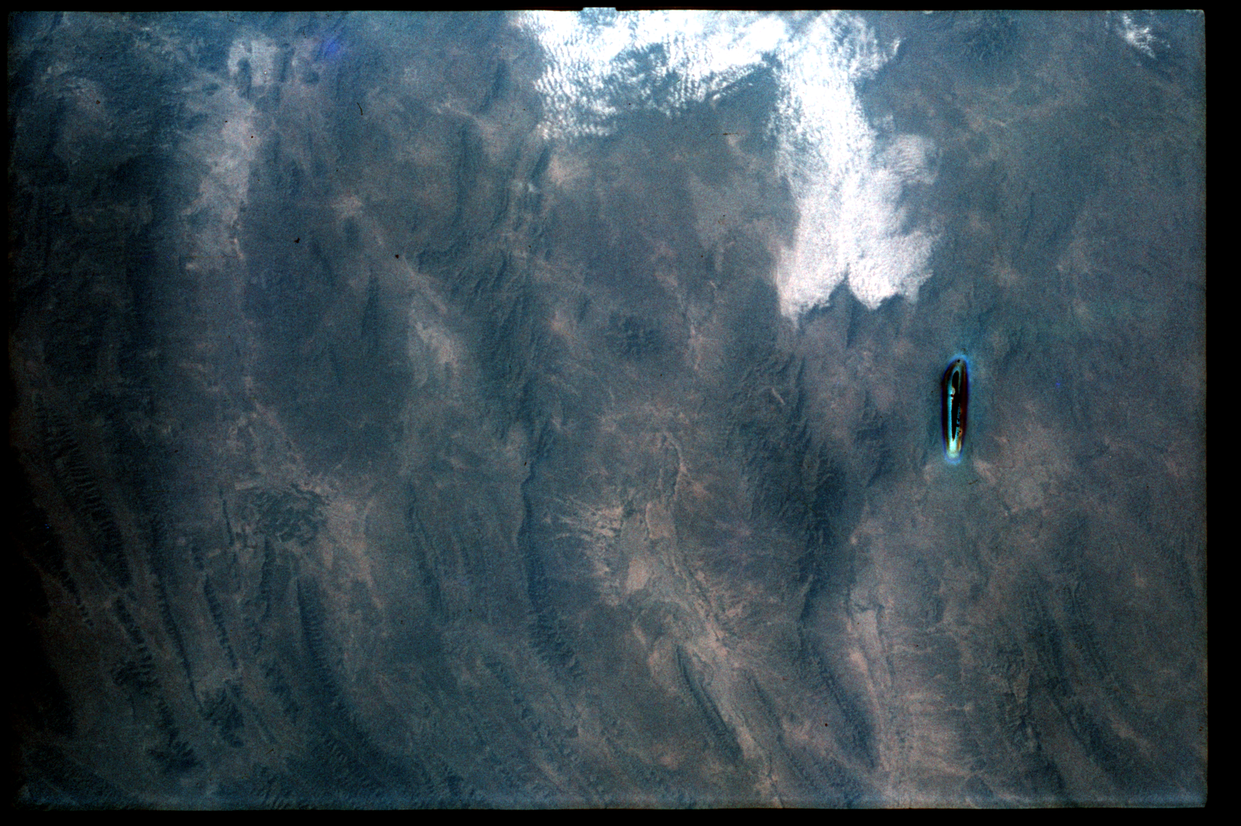 Image: NASA​
Brigadier General James McDivitt, an American United States Air Force pilot, aeronautical engineer, and NASA astronaut, was privy to one of the most enigmatic UFO sightings in the early days of the US space program. On June 3, 1965, while orbiting over the Hawaiian islands in the Gemini-4 space capsule, McDivitt spotted a large cylindrical object keeping pace with the spacecraft. Surprised by the sudden appearance of the mysterious companion, McDivitt quickly grabbed one of the two free-floating cameras on board and began documenting the unidentified object.

Posted above, is the highest resolution image available of the UFO photographed on that fateful day. Although McDivitt never claimed the image depicted an extraterrestrial craft - and there's a great deal of NASA controversy surrounding the details of the story - it is nevertheless a rather interesting piece of ufology lore. Below, is an excerpt of a 1974 interview for FATE Magazine where McDivitt goes over the details of the bizarre encounter:

"I was flying with Ed White. He was sleeping at the time so I don't have anybody to verify my story. We were drifting in space with the control engines shut down and all the instrumentation off (when) suddenly (an object) appeared in the window. It had a very definite shape -- a cylindrical object -- it was white -- it had a long arm that stuck out on the side. I don't know whether it was a very small object up close or a very large object a long ways away. There was nothing to judge by. I really don't know how big it was. We had two cameras that were just floating in the spacecraft at the time, so I grabbed one and took a picture of (the object) and grabbed the other and took a picture. Then I turned on the rocket control systems because I was afraid we might hit it. At the time we were drifting -- without checking I have no idea which way we were going -- but as we drifted up a little farther the sun shone on the window of the spacecraft. The windshield was dirty -- just like in an automobile, you can't see through it. So I had the rocket control engines going again and moved the spacecraft so that the window was in darkness again -- the object was gone. I called down later and told them what had happened and they went back and checked their records of other space debris that was flying around but we were never able to identify what it could have been. The film was sent back to NASA and reviewed by some NASA film technicians. One of them selected what he thought was what we talked about, at least before I had a chance to review it. It was not the picture -- it was a picture of a sun reflection on the window."
Share:
Facebook Twitter Reddit Pinterest Tumblr WhatsApp Email Share Link
Top Bottom