The Ghostly Footprints of White Sands

Image: New Mexico (BCE) Commons​
New Mexico, a land that continues to enchant both residents and visitors alike for its stunning beauty, local mythology and traditions, boasts of being the only state with the largest variety of the most dazzling landscapes in the nation. Ranging from arid and inhospitable terrains, to snow-capped mountains and lush expanses of electric green vegetation irrigated by the crystal-clear waters of meandering arroyos, the state is now at the center of a scientific revolution that promises to rewrite the settlement history of the Americas forever.

Ensconced in the southern part of New Mexico, lies the White Sands National Park, a two hundred twenty-seven square miles national preserve of pristine, white gypsum dunes surrounded on all sides by the White Sands Missile Range, a military testing area operated by the United States Army. Over the course of many decades, the region has been the fulcrum of profound events in human history, such as the first nuclear weapons test and the occasional crash landing of extraterrestrial vehicles. Now, a set of footprints discovered in a prehistoric dried lake bed is pushing back the arrival date of the first humans to the American continent to more than 20,000 years. 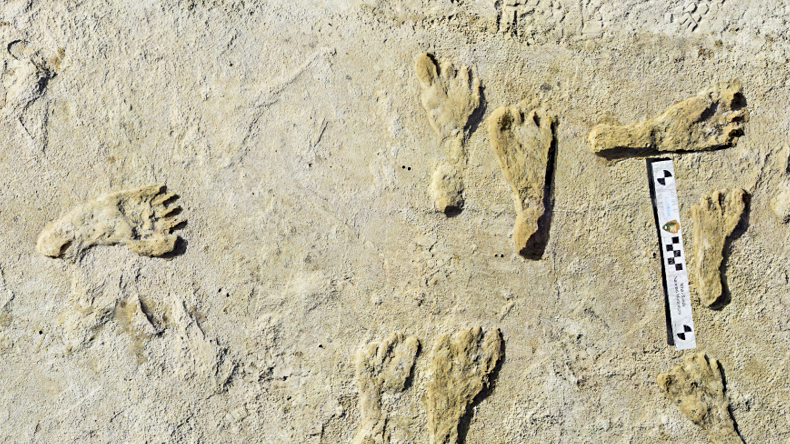 A team of scientists dated the footprints along an extinct lake bed in New Mexico and found them to be between 21,000 and 23,000 years old — far older than reliable evidence has suggested to date.