Staff
President Trump is back in the spotlight after news of his website launch began percolating throughout social media. After months of silence, the former President decided to make the record of his presidency clear on a new platform that highlights his achievements in office while omitting his less-than-stellar record handling the COVID pandemic and other issues. Critics cite this new move by Trump as a desperate attempt to stay relevant and possibly as a way to reach a voter base that hopes for a second Trump term. Visit the site by following the link below. Well i don't know what to say but there are some things i like in Trump, the way he fought with China for that trade stuff and tried to make peace with North Korea. Also have some things in common like the stock market and real estate.
D

Drumpf has never been 'relevant' in his entire life.....if his dad didn't leave him money and the keys to his business empire he would just be another retired old white guy in the New York area. As it is he owes just about every bank money, has filed many bankruptcy claims, has had multiple lawsuits against him for any number of things, has harrassed women repeatedly over the years, had an affair with a porn star then paid her to be quiet, and in general is a rude offensive person;....why any intelligent moral person would support this man is a mystery.
Reactions: Dundee
D

I have to agree with you Doc. Your last comment nails it. By and large most folks are decent. How anyone could support the man baffles me. He has no redeeming qualities that I can see. I don't get it either.
Reactions: Dr Wu
D

It saddens me that so many people in my country (even some relatives and friends) like this buffoon.
Does that mean they are bigots and biased white people like him?
H

It may just mean they have been taken in by his bull.
Reactions: Dr Wu
F

Who likes paying taxes, paying way more tariff to China than it should be? who like war? peace is better and which women would love transgenders in women's toilet, sports and etc? And yes the Stock Market, people like the Stock Market to perform well, who don't like to make money?

There are many things Trump really did good imo.
L

I can't listen to anymore of the Lying Bullshit that comes out of that mans mouth,
Lets hope the US has come to its senses and its just his loonies that get excited.
Reactions: Dr Wu
S

Yeah 2024 and then in 2028 Ivanka, Charlie Kirk or Kayleigh McEnany could run

Skarlett said:
Yeah 2024 and then in 2028 Ivanka, Charlie Kirk or Kayleigh McEnany could run
Click to expand...

Yes. And Barron, too. A Trump dynasty in power per saecula saeculorum!
F

Too bad we cannot put rockets on his ass and that website and launch them both to Mars!

Occult Hunter said:
Too bad we cannot put rockets on his ass and that website and launch them both to Mars!
Click to expand...

Occult Hunter said:
Too bad we cannot put rockets on his ass and that website and launch them both to Mars!
Click to expand... 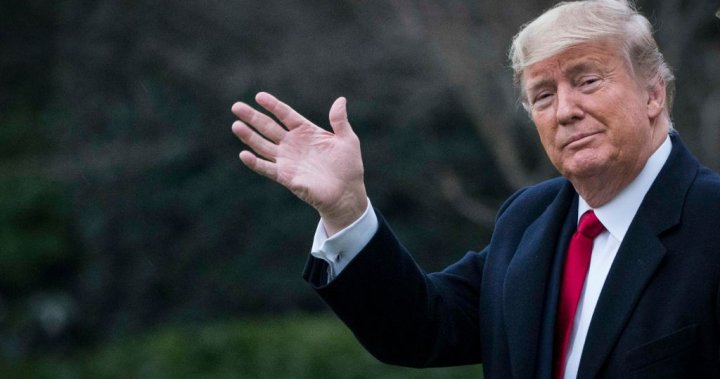 Trump launches new website with fault-free history of his presidency

Donald Trump has launched a new website for his supporters to get in touch with him.

globalnews.ca
"
Former U.S. president Donald Trump incited an attack on the U.S. Capitol, got himself banned from social media, downplayed the coronavirus pandemic while 400,000 people died and was impeached twice during his single term in office.
But you won’t read about any of that on his new official website, 45office, which presents a rosy and scandal-free account of Trump’s time in the White House." 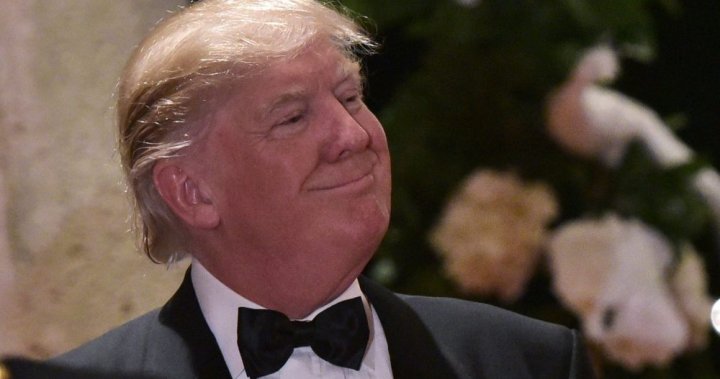 Trump crashes wedding to toast himself, complain about election loss

Former U.S. president Donald Trump stepped up to speak during a wedding reception held at his Mar-a-Lago resort in Florida, video shows.

globalnews.ca
"
Video recorded by a guest shows the Florida resort owner and ex-president rattling off a list of grievances during a donor’s wedding reception on Saturday night. Trump can be seen attacking the Biden administration on Iran, China and the southern border before he says something about newlyweds John and Megan Arrigo. It’s unclear if he said more about them before the witness started recording.
“Do you miss me yet?” Trump said during his speech, before exaggerating his vote total in the 2020 election."