Trump Storms Out of 60 Minutes Interview

Image: Commons​
CBS warned the nation it was coming. Clips of the much-anticipated contentious interview were peppered throughout the week on CBS' syndicated network of television stations to whet the appetite of a divided populace that can't seem to get enough of what is coming out of Washington. This Sunday evening, millions of viewers tuned in for what many are considering to be a show of "poor and biased journalism" coupled with the "intransigence and rose-tinted warped reality" of the current Commander-in-Chief. For those of you who missed the interview, follow the link below and don't forget to comment. 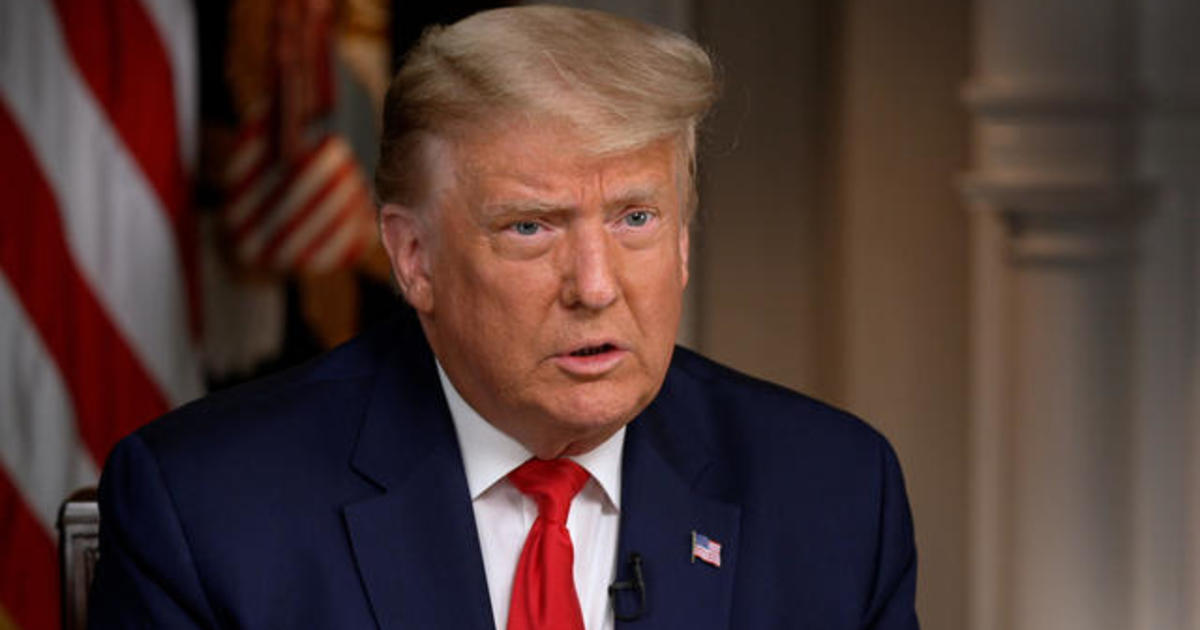 I haven't see the video but I will say I am no fan of Trump. He's an obnoxious poor excuse for a human being. If it hadn't been for his father who left him money and connections we would have never heard of him nor be in this pickle today.
Having said that I do think the media has been hard on him but he invites that kind of attitude from others because he is so mean spirited and unkind. He's the uncle that no one ever invites to the family reunions because nobody likes him.
H

Nor do they invite him to the funerals of people they do like.
D

It has got to the point that is is no longer worth watching his interviews becasu it is the same rubbish over and over. I watched the 60 mins interview. Waste of time. He is an idiot.
H

What bothers me is that the system does not allow for the party to change the leader as easily as we in the UK can.
I'm sure there must be many Republicans who detest the man himself, but can't bring themselves to vote for the other side. Whilst thinking that if they don't vote it is a waste as they want their party to remain in power.

I am not very good at politics. Especially other countries. So I don't really understand the US system other than the basics we get on the idiot box.
But I think he is going to lose massively. I don't think it will be small. I have to believe that the silent majority have had enough. Hell he has made the US an international joke. I genuinely feel sorry for the folks over there. It's embarrassing
H

If the silent majority think that way, we will know by next weekend.

If he does lose, then the aftermath will be interesting.

I wonder who he would pardon before he went.

Let's hope , if he loses, he has enough sense to bow out gracefully and leave.

Staff
If I were Trump, I would give meself a retroactive presidential pardon for any and all alleged crimes and misdemeanors during my administration just in case they try to come after me if they manage to boot me out of the White House.
D

LETA said:
If I were Trump, I would give meself a retroactive presidential pardon for any and all alleged crimes and misdemeanors during my administration just in case they try to come after me if they manage to boot me out of the White House.
Click to expand...

I watched an interview with a lawyer the other day and he claimed Trump has 9 major pending lawsuits, and more minor ones, waiting for when he is not President.

Dundee said:
I watched an interview with a lawyer the other day and he claimed Trump has 9 major pending lawsuits, and more minor ones, waiting for when he is not President.
Click to expand...

Holy cow! Not to mention the wrath of Iran for droning one of its top military leaders. He better fight to stay four more years lol.
D

Yeah.... Naaaa let them crucify him. There are 230000 covid victims wanting justice.
H

...Let's hope , if he loses, he has enough sense to bow out gracefully and leave...

He might, but he has already wound up his hard line followers. So the damage is already done.

In a way it's funny. He claims that if he doesn't win it is because the election is rigged.

No one seems to have thought of saying that if he did win it would appear the election is rigged.

Antisocial personality disorder (sociopath) signs and symptoms may include: Here is the list from the Mayo Clinic...

For a minute there, Wu, I though you were reading out my resume.

Then I remembered I never take unnecessary risks.

Staff
Al Gore made an appearance on CBS News yesterday. He is looking fabulous and shows no sign of cognitive decline. He's still sharp as ever. He should run again.
H

And now the fun begins.
D