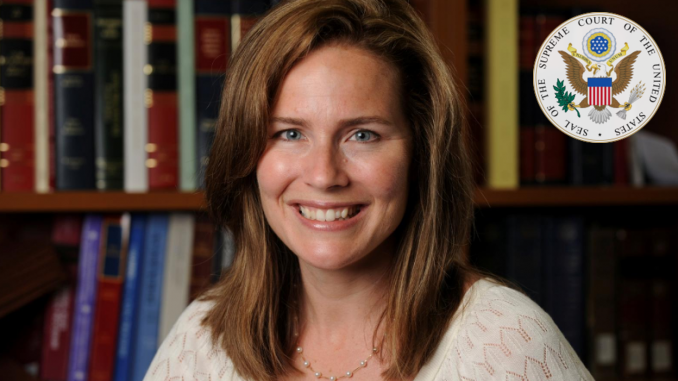 Image: Notre Dame University​
Trump will announce his SCOTUS nominee on Saturday afternoon. Judge Amy Coney Barrett appears to be the favored candidate to assume the vacant position after Ruth Bader Ginsburg's passing. Ms. Barrett, a former professor at Notre Dame School of Law and a current judge in the United States Court of Appeals for the Seventh Circuit in Chicago, has been reportedly making trips to the White House this week, and sources say the jurist made quite an impression on President Trump after a three-hour-long meeting. Barrett, a devout Roman Catholic and mother of seven, is already attracting criticism for her stance on abortion and ObamaCare's birth control mandate, which she cited as a "grave violation of religious freedom."

Earlier this week, the President hinted that he would contest the presidential election should he find himself on the losing side in November. Trump, who is bringing into question the legality of the mail-in ballots, would need all nine justices to preside over a potential litigation about the validity of the presidential results. In the meantime, critics of the administration point to his extremely conservative choice for the SCOTUS as another Trump powerplay to stack the bench with justices that would be more likely to rule in his favour.
D

All I can say is disgraceful, history will judge trump hard, future generations will think their ancestors crazy. Lets look forward to a world without a madman at the helm.
R

Dundee said:
All I can say is disgraceful, history will judge trump hard, future generations will think their ancestors crazy. Lets look forward to a world without a madman at the helm.
Click to expand...

I understand where you're coming from, but I feel like it could also go the opposite way. People when bringing him up might mention witch hunting and an undeserving impeachment.
I can't predict the future but that's my thought lol
Reactions: Dundee
A

I don't have an issue with the pick.

The problem is blocking one pick (Obama's) while installing another without delay. No issue if they wait until the election cycle is complete in January.

There are serious problems:

Yes Hillary Kill Lists, Trump Meme-lords, Alex Jones megaphone, all make a lot of noise and confuse the public, but truth eventually shines: that he's fraud and everything he touches turns to sh*t is inevitable.

I have faith in the people in the US, that the silent majority will speak with there voting on election day. I believe that even though it makes for entertaining TV showing crazy Redneck Republicans, most folks are just down to earth resonable people. On that alone he is unelectable. Here is hoping.
Reactions: Area201

Staff
Honorable Justice Amy is now part of the SCOTUS. The only difference between her and the other justices is that she makes the black robe look good.
D

Several problems exist here...the first being that the 'honorable' thing to do would have been to wait until after the election to nominate a judge. Obviously ugly politics raises it's head again. McConnel (and Graham) is mostly to blame for this as well as Drumpf of course.
McConnel is so far to the right he makes other righties look liberal. IMHO he is one of the main reasons our govt is effed up in the last 20 years. He has actively opposed any ideas if they are not from the right. And they/McConnel didn't allow Obama to nominate at the end of his term. This is the kind of jerk McConnel is.
Regarding Barrett, she doesn't have much experience on the bench according to the record, she's probably too young, and she's a borderline fanatic religious Catholic. She even belonged to a sect in the Church that was more conservative than normal.
The judges, imho, should be moderates and 'non religious' as much as possible. I think it is very dangerous to have people like Barrett on the court who have outspoken insular religious and right wing views. They should be open minded at least...she simply is not.
Having said that I consider myself a moderate...I find some good ideas on both sides of the aisle but I would like them implemented by reasonable intelligent men and women who understand the complexities and can look at all sides....that's not the case with Drumpf, Mc Connel and Graham...all extremely biased people and in Drumpf's case a mean spirited egotistical bully.

Staff
I wouldn't be surprised if McConnel is a reptilian.
Reactions: Dr Wu and Dundee

Staff
Justice Amy sided with the government in a legal dispute regarding a FOIA request. This decision may affect how agencies respond to inquiries regarding UFOs as well. Read the story below: 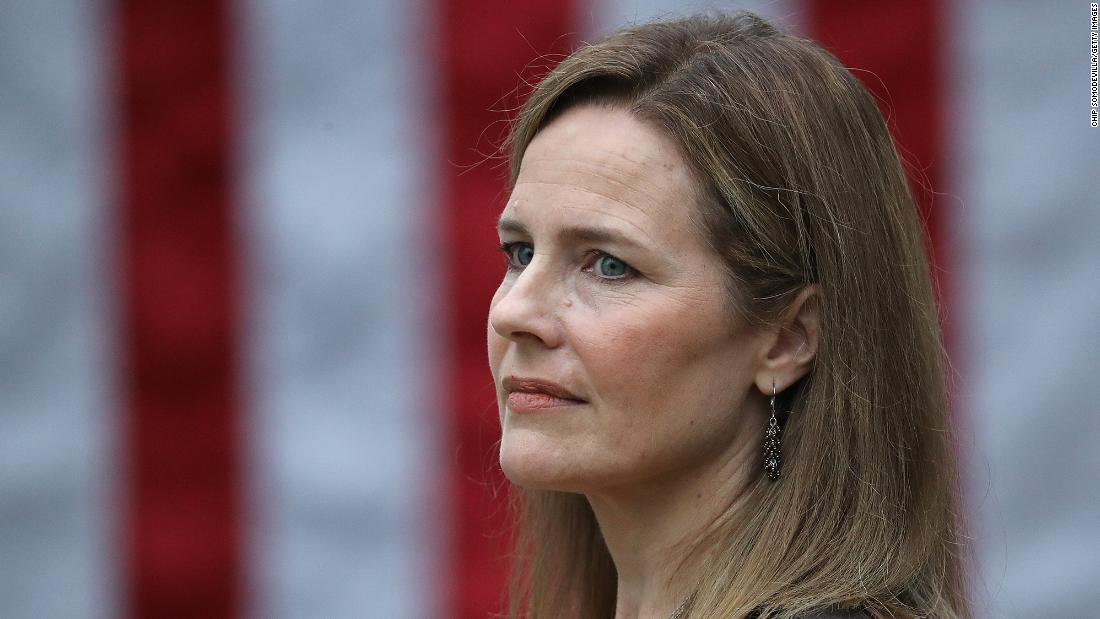 Justice Amy Coney Barrett penned her first Supreme Court majority opinion on Thursday, writing a 7-2 decision that will shield federal agencies from having to disclose certain materials under an exception to the Freedom of Information Act.

LETA said:
I wouldn't be surprised if McConnel is a reptilian.
Click to expand...

No he is a Toad! We should not insult reptiles.
Reactions: LETA

Occult Hunter said:
No he is a Toad! We should not insult reptiles.
Click to expand...

Wasn't Trump supposed to be draining the swamp ?

HAL said:
Wasn't Trump supposed to be draining the swamp ?
Click to expand...

The swamp creatures kicked him out

Apparently he was too swampy even for them......

Staff
Here is a pictorial representation of the D.C swamp: