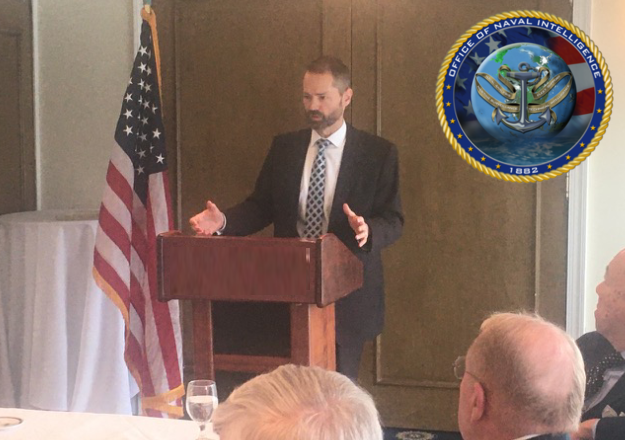 Image: USNPAA​
An article posted today by Politico revealed the identity of the Pentagon's new UAP Task Force director. In the piece, Brennan McKernan was named as the second successor to Luis Elizondo, and the fourth director to take the reins of the shadowy program dedicated to study UFOs since its creation back in 2007. According to online references, Mr. McKernan is a Navy intelligence analyst and author with ample experience navigating the intricate waters of intelligence gathering, analysis, and dissemination. It should come as no surprise, then, that his identity has remained hidden from public knowledge for so long.

Las week, McKernan - and the deputy director of naval intelligence, Scott Bray - briefed members of the House Intelligence Committee and the House Armed Services Committee about UFOs in a classified setting. During the briefing, McKernan and Bray presented and discussed sensitive evidence of UAP incursions into US territory and the measures being implemented to figure out their true origin and nature.

This is the second time in a two-week period that Washington representatives and lawmakers have convened to receive a classified UFO briefing ahead of the public report expected to be released by Congress on Friday, June 25th. If everything goes according to plan, we will soon have a more comprehensive picture of what the government knows or doesn't know about the phenomenon. And hopefully - a little bit more information about the new key players involved in this ongoing AATIP saga.
Share:
Facebook Twitter Reddit Pinterest Tumblr WhatsApp Email Share Link
Top Bottom