UAPJPO - Focus on them Aliens! 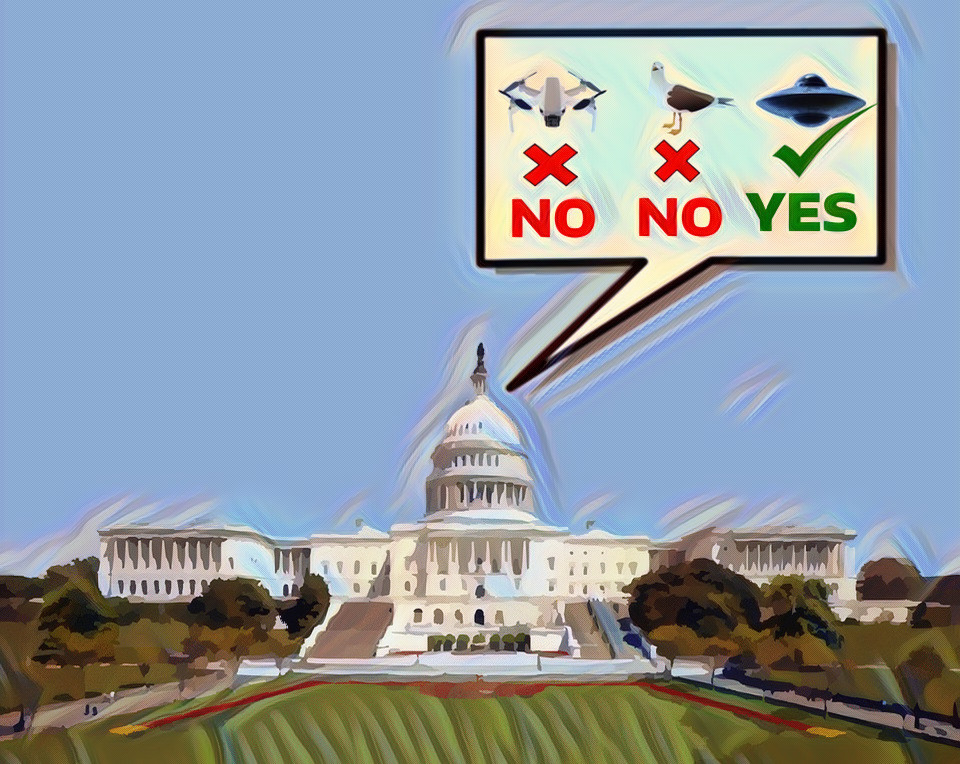 Image: Pixabay​
The US Senate is becoming increasingly frustrated with the way the Pentagon is handling the UFO issue. The 2023 Defense Authorization Act provides ample opportunity and budgetary freedom to finally tackle the mystery of unidentified transmedium vehicles once and for all. But the Defense Department is not playing ball as intended.

The recent rebranding of the Airborne Object Identification and Management Group (AOIMSG) to the All-Domain Anomaly Resolution Office (AARO) is simply not good enough, lawmakers say. The UFO investigative group must join forces with other agencies in order to investigate truly anomalous objects that DO NOT meet the criteria for potential "man-made" objects.

To this end, Senator Mark Warner, who is the current chairman of the Senate Intelligence Committee, is proposing to redefine and expand the role of AARO to facilitate and expedite the information flow across various branches of the military and intelligence community regarding UFOs. The proposal also states that renaming AARO to Unidentified Aerospace-Undersea Phenomena Joint Program Office (UAPJPO) "reflects the broader scope of the effort directed by the Congress."

Senate report on INTELLIGENCE AUTHORIZATION ACT FOR FISCAL YEAR 2023. This report is by the Intelligence (Select)
www.congress.gov 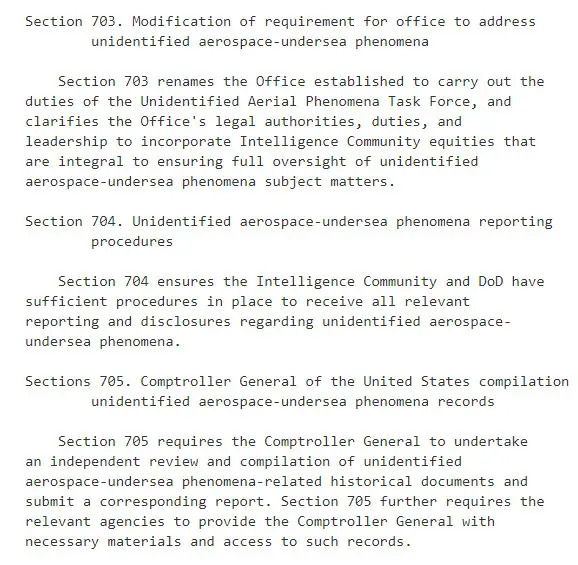 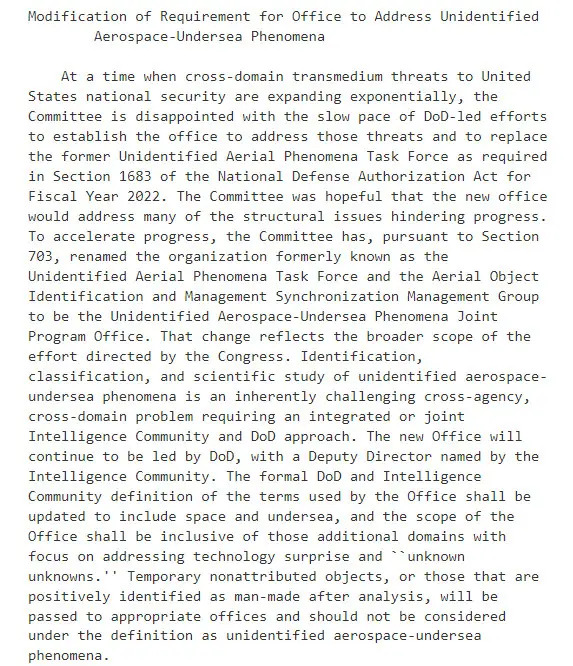 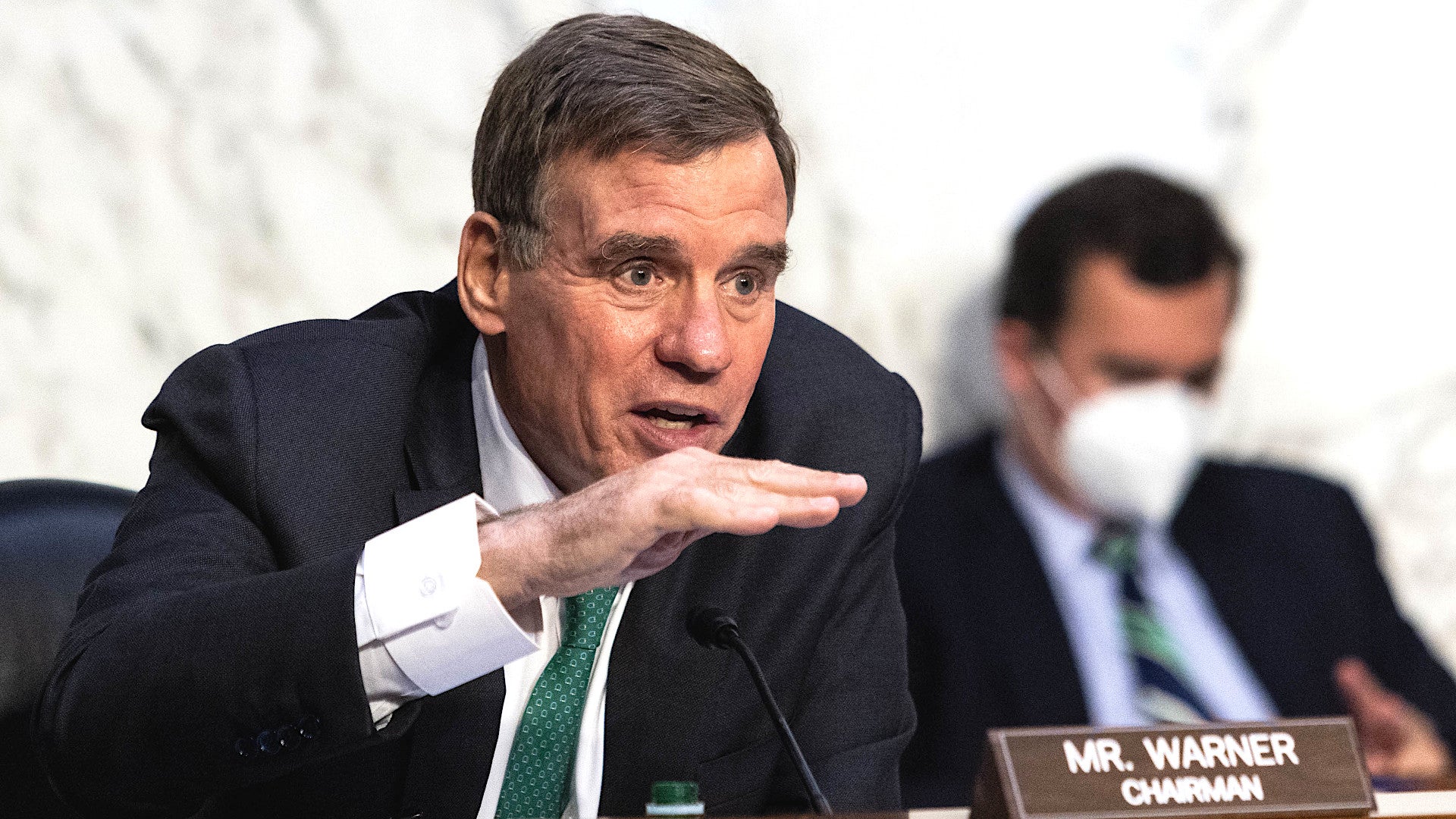 A newly released Senate report criticizes the Pentagon's responses to what it says are 'exponentially' growing threats posed by unidentified phenomena. The Senate’s Select Committee on Intelligence (SSCI) has released its Explanatory Report for its Intelligence Authorization Act 2023 language, which has provided context for Congress’s more significant push for transparency regarding Unidentified Aerospace-Undersea Phenomena (UAP).