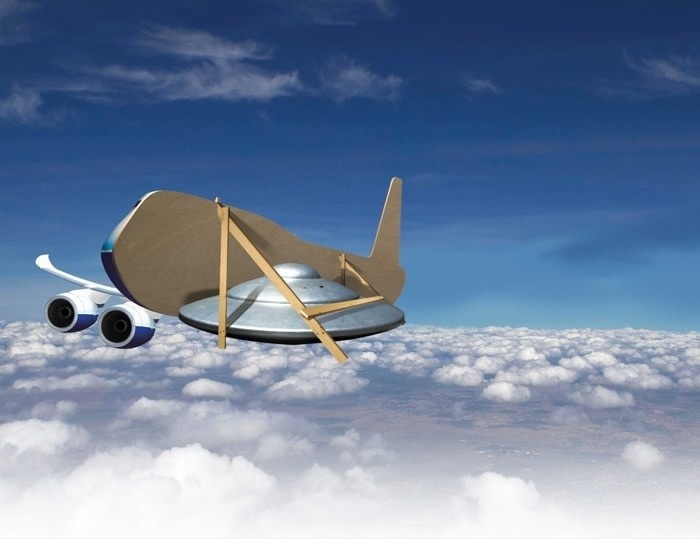 Image: Pinterest​
Bob Pliskken, a former U.S. Marine Corp intelligence analyst, wrote a very interesting piece about the meaning of "signature management," a phrase found within the paragraphs of the recently released Unidentified Aerial Phenomena Task Force report. While everyone was concentrating on the scarcity of information contained in the preliminary brief handed to the public on June 25, connoisseurs of intelligence parlance immediately recognized the importance of this obscure phrase and why it was included in the language of the document.

According to Pliskken, signature management was used on the report for the specific purpose of conveying to the informed reader the difficulties encountered when military sensors try to probe UAPs. When read in its proper context, the meaning of "signature" - a term of ubiquitous use in defense circles - becomes synonymous with "identification." Contrary to conventional aerial platforms such as passenger airplanes, helicopters, or what have you, which are more than willing to broadcast their presence in order to be identified by proper receiving stations that are passively or actively scanning the skies, it is apparent that UFOs try to hide or obfuscate their electronic signature whenever possible.

Much to the bewilderment of the U.S. military - who considers this form of active jamming a deliberate act of deceptive aggression - UFOs are incredibly sophisticated at masking their presence in order to avoid detection when it suits them. Experts in electronic warfare who have analyzed UFO data and reviewed witness testimony of close encounters, are not afraid to speculate that the level at which UFOs utilize signature management is light-years ahead of us. With some willing to suggest that this phenomenon is able to manipulate the very fabric of perception of the measuring apparatus and/or the human individual in charge of it. Learn more about signature management below. I believe there is a disconnect between Unidentified Aerial Phenomena (UAP) researchers and the Intelligence Community (IC), due to misunderstanding of how the IC works and what its mission actually is.