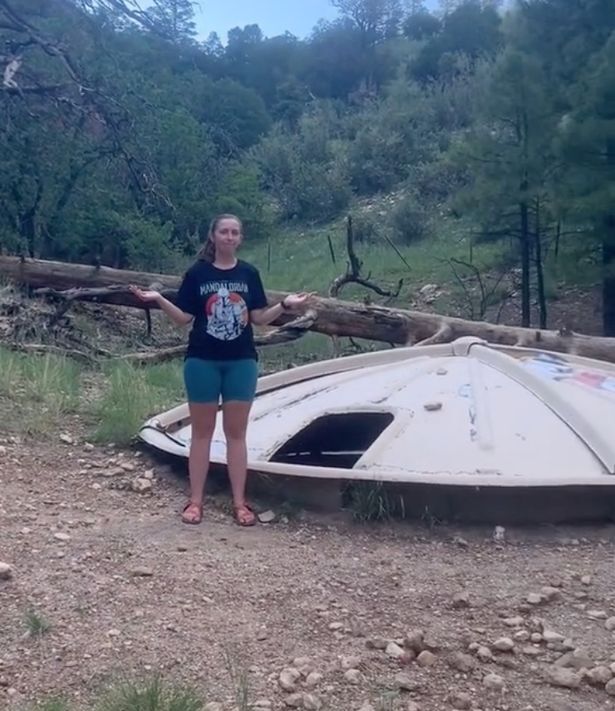 Image: TikTok/allymurray222
​
Ally Murray, from Flagstaff, Arizona, is asking online denizens to help her solve the mystery of a saucer-shaped object that appeared on her backyard. In a TikTok video gone viral, Ally is seen standing next to the metal artifact as she makes an appeal to the conspiracy community of the popular app to take notice of the disc lying in her property:

If anybody from Conspiracy TikTok is here, I think it'd be interested in the UFO I just found in my backyard.
Click to expand...

Although Ally is almost convinced the object is not of alien origin, she's skeptic of the possibility that it could be part of a fallen satellite:

Okay I know for a fact that it's not a UFO but I would assume that it's a UFO than a satellite, so TikTok help me out.
Click to expand...

On a second video, she takes a closer look inside the strange object, which has several openings and is filled with rocks and water. As she pans inside, she questions the audience about a curious opening that has her intrigued:

I wanna know that hole, back there, what that is. Now I haven't had anything other the stick.
Click to expand...

After more that 2 million views and countless hypotheses offered as to the origin of the saucer, we are still no closer to an answer. And so, chances are this backyard object will remain unidentified and Ally's questions unanswered for the time being.