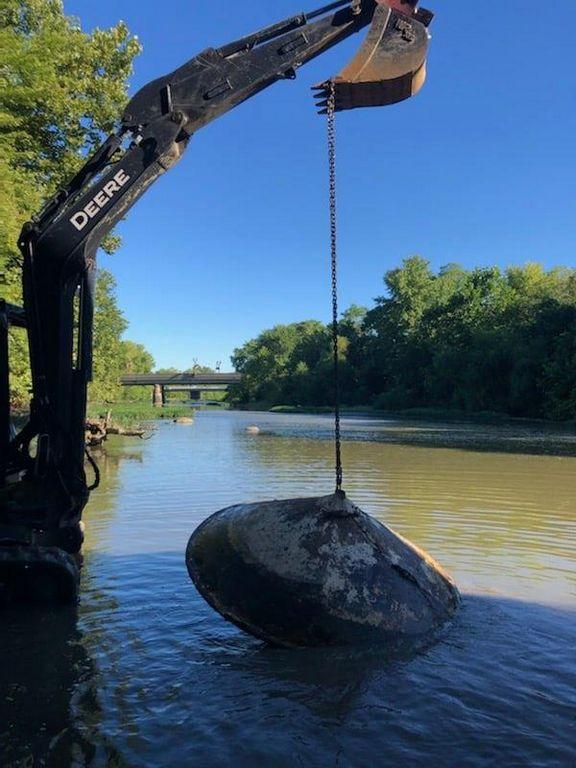 Image: City of Delaware
​
The Olentangy River in the State of Delaware gave up some of its secrets on 22 August - when a group of city workers and volunteers conducting a river cleanup - discovered a saucer-shaped piece of metal resembling a UFO.

The 880-pound mysterious object, which had to be lifted from the water with a backhoe, perplexed both local residents and the city government, which posted pictures of it on their social media accounts and even asked NASA whether the chunk of metal was perhaps "a lost Apollo capsule that overshot the ocean and splashed down in our Olentangy River." 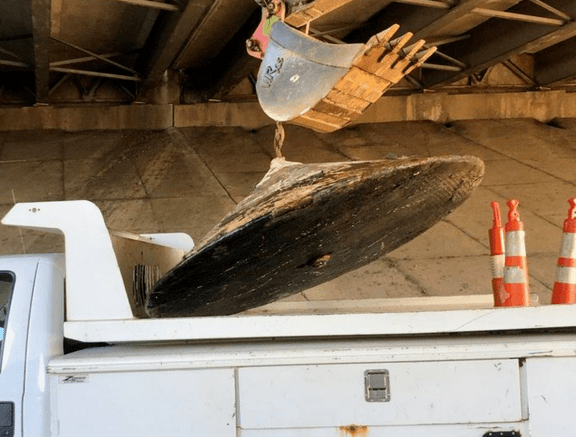 Image: City of Delaware
​
The object, much to the chagrin of online alien enthusiasts, who ran with the story as if it were a modern-day UFO crash retrieval, turned out to have more humble origins. Two eagle-eyed individuals following the online brouhaha quickly identified the disc as a "floating top" from the nearby Whitesands Campground. Gene Monte, owner of the campgrounds, later confirmed that indeed the object belonged to him, thus ending days of speculation and in the process shattering dreams of UFO fans all over the world:

"We have tops that float in the water flat-side up. Like smaller tops, they can be made to spin when a swimmer climbs aboard. The flood washed out my beaches and everything, and I had the top sitting on the grass area where the campers go,” Monte said. “One of the campers said the water was so swift it picked up the top and floated it right down the river."
Click to expand...

The humanitarian said:
Would make a good story, another one, if it was in fact a UFO, now it is a ... IFO.
Click to expand... 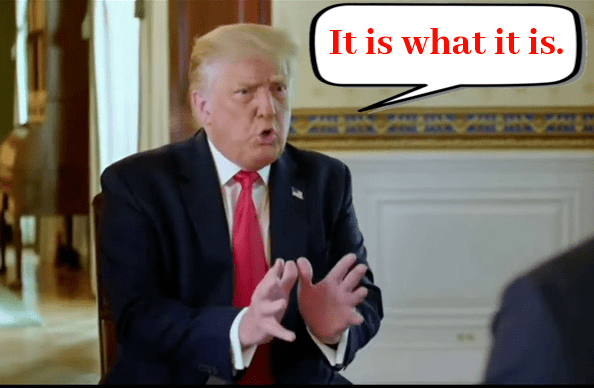 I bet there is a bunch of heart broken truthers this morning.....Oh so sorry! Maybe next time.
D

Alien Origins said:
I bet there is a bunch of heart broken truthers this morning.....Oh so sorry! Maybe next time.
Click to expand...

I really find your constant use of the term Truther as a derogatory description offensive...

noun
informal•US
plural noun: truthers
There is nothing wrong with healthy skepticism of a governments official explanation of things. Plenty of examples throughout history show our governments are quite happy to lie to us when it suits. You called me a truther lol, I find that amusing.

I guess you must be one of the sheep then that believe all the governments explanations without question of all it does.
Dolly the clone sheep.
Good little robot :)

An honest question, why are you behaving like this?
I would expect it from some sulky little kid, but an old bloke like you has been round the traps.
Why are you constantly trolling, this is a great place Leta has made, where all trying to make it work.
Your never ending stream of smart arse comments about Truthers and so on is not exactly a welcoming invitation for someone who has had an experience they may like to share but is a little shy.
Were all guests here, why are you always shitting on Leta's front lawn?
Share:
Facebook Twitter Reddit Pinterest Tumblr WhatsApp Email Share Link
Top Bottom