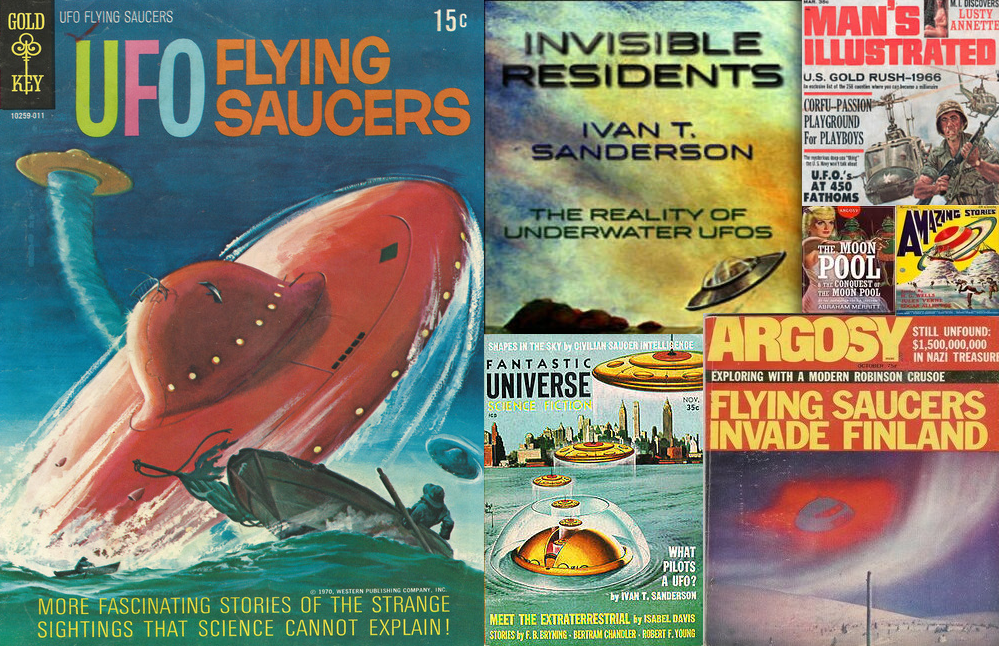 In 1970, Sanderson wrote a book titled, Invisible Residents: A disquisition upon certain matters maritime, and the possibility of intelligent life under the waters of this earth, revealed that a startling number of UFO sightings (more than 50%), “have occurred over, coming from, going away over, or plunging into or coming out of water.

Logic dictates that if a large portion of our planet is covered in water, it makes absolute sense for an advanced civilization visiting Earth to establish their base of operations deep under the ocean and away from prying eyes. Space would be the next logical choice, but we have all but saturated our useful orbits with strategic satellites capable of detecting any and all activities not only from near-peer adversaries, but those originating from other worlds as well.

Sanderson, who didn't mind engaging in a bit of outside-the-box-thinking, speculated that USOs might not necessarily come from outer space, but rather be an aquatic civilization native to our planet who evolved in tandem with their terrestrial counterparts. These "invisible residents," as he called them, would inhabit the deepest parts of our oceans and thrive using the unlimited amount of resources found in the watery medium and further down below, referring to regions beneath the ocean floor.

An early edition of the popular American pulp fiction magazine Argosy, featured and interesting article by Ivan T. Sanderson on USOs. We are embedding it below for your reading convenience. 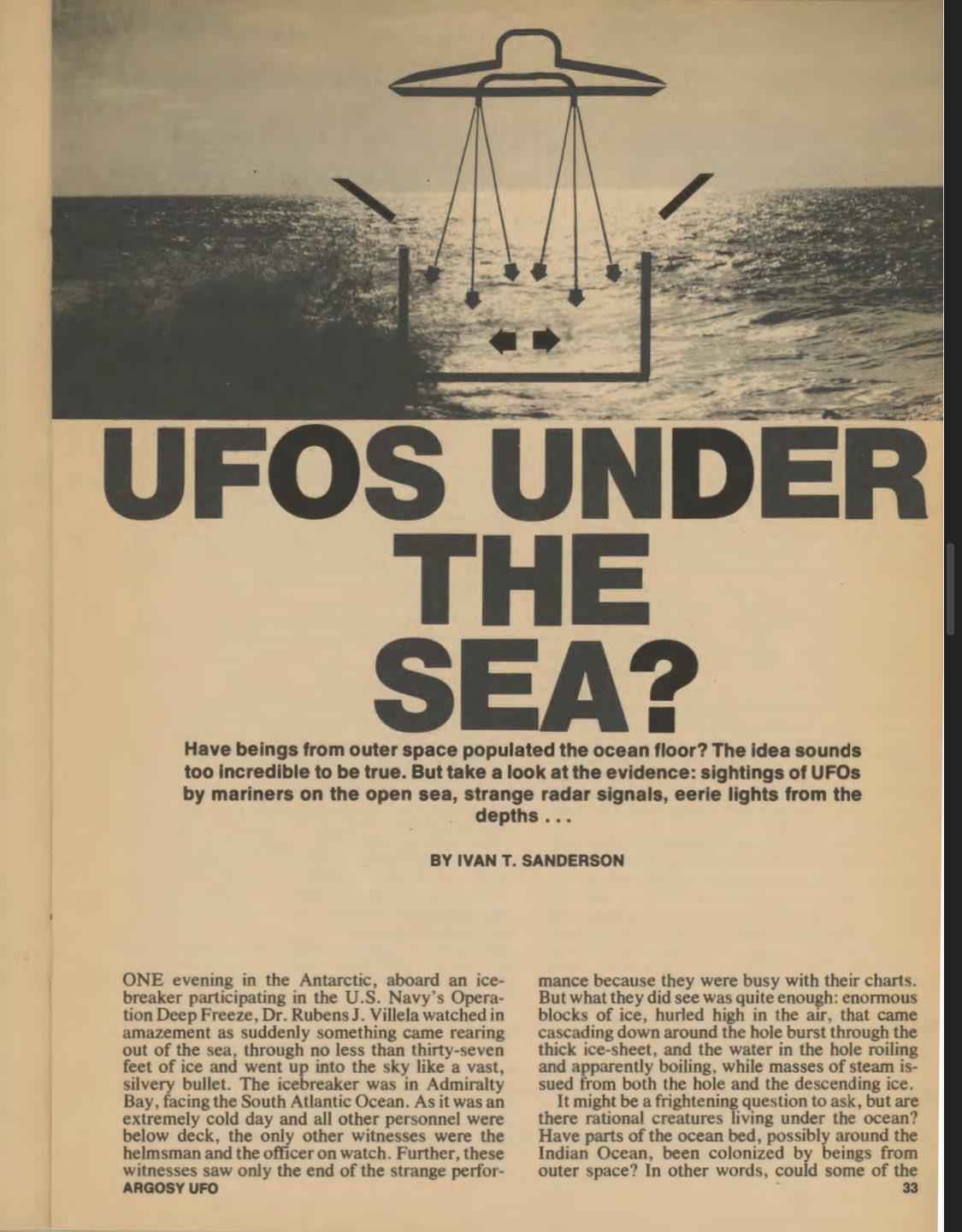 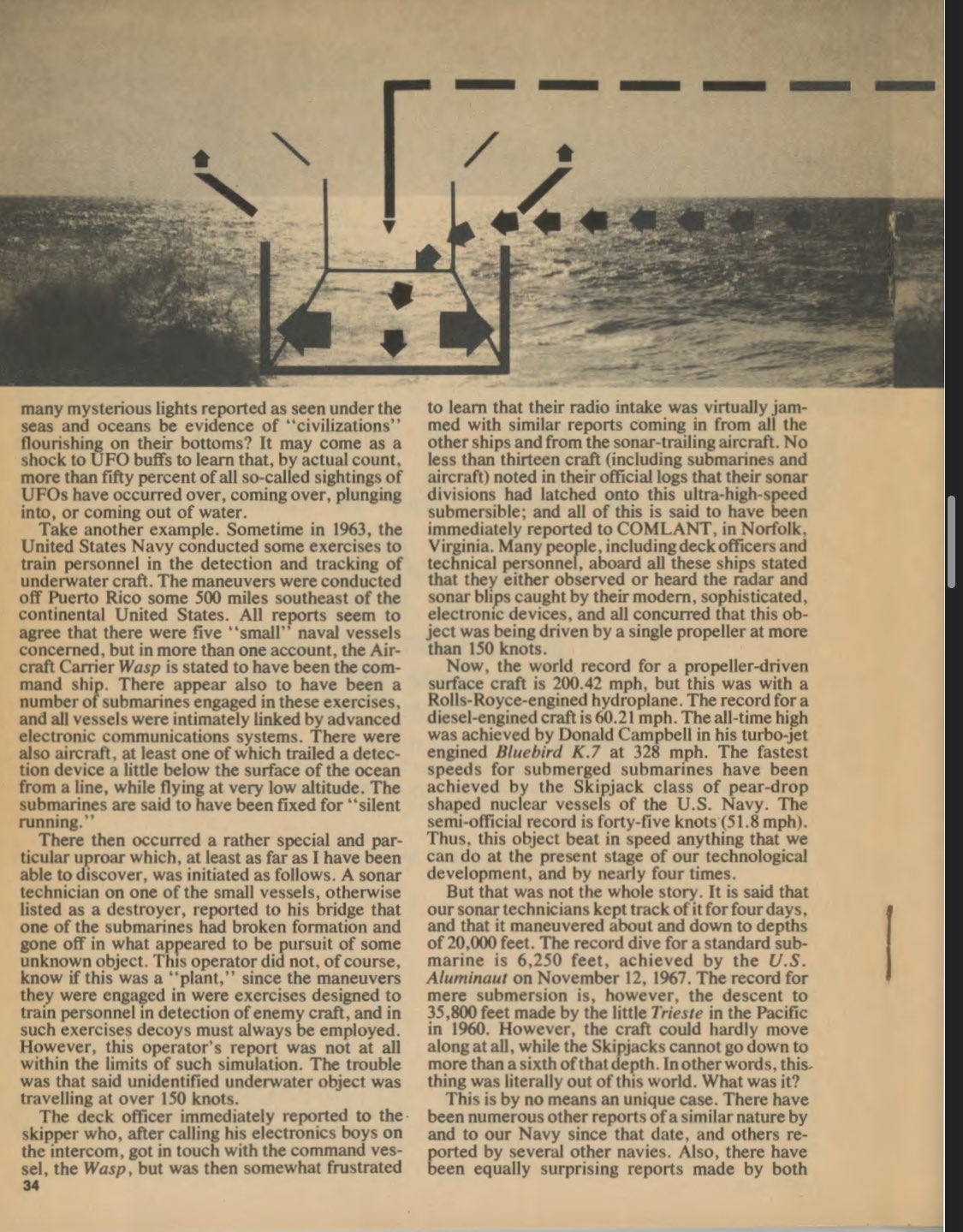 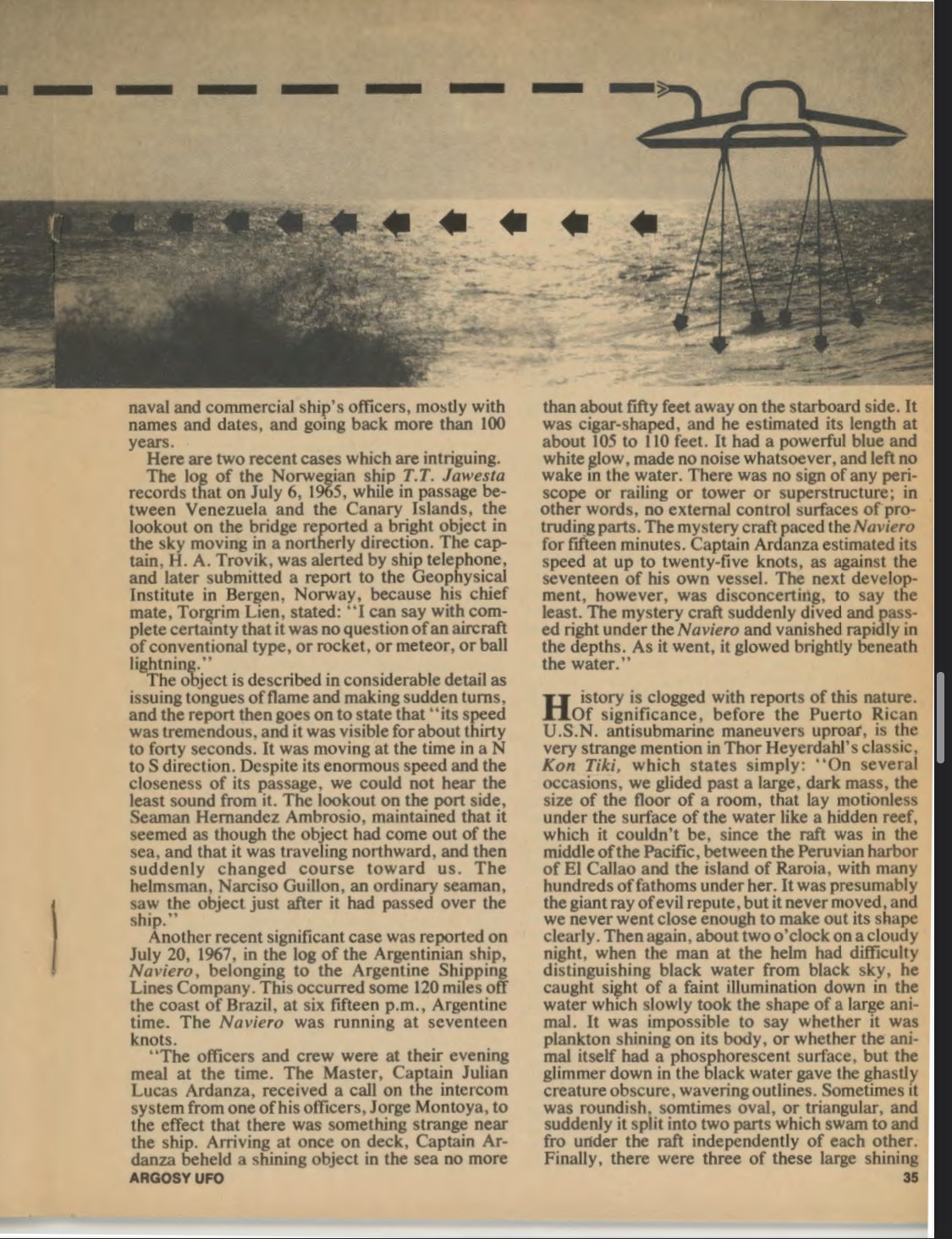 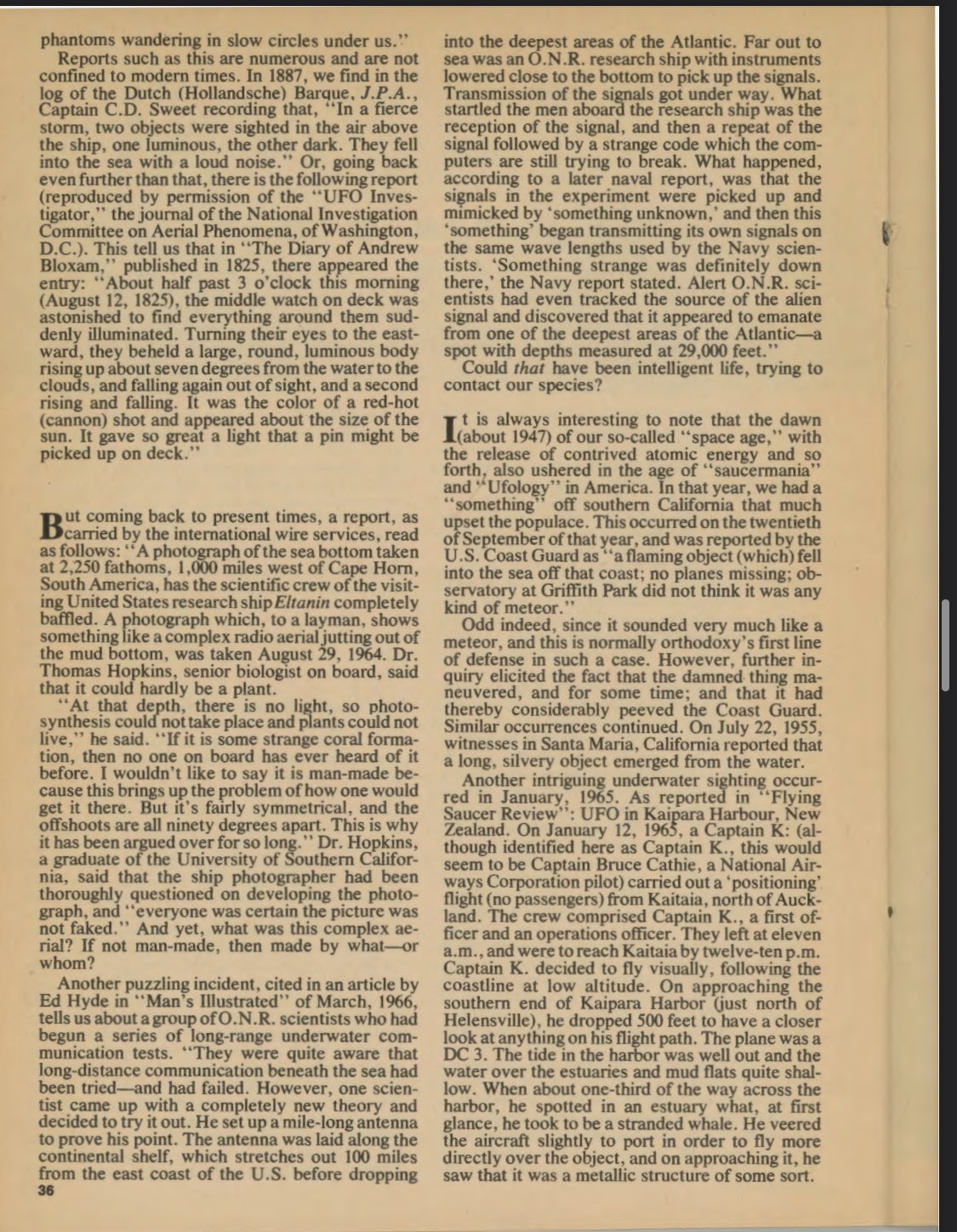 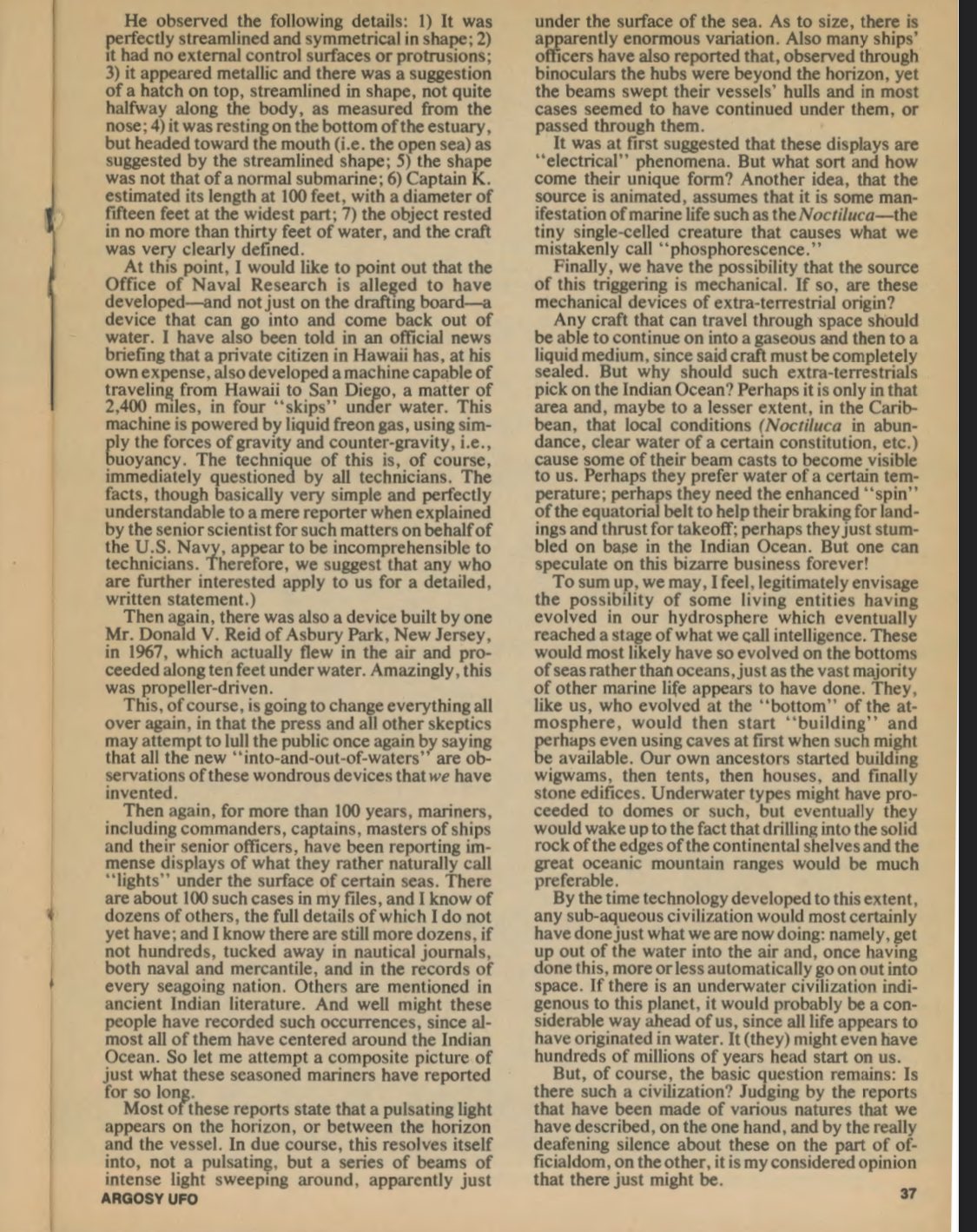