Vixen Demon on the Loose 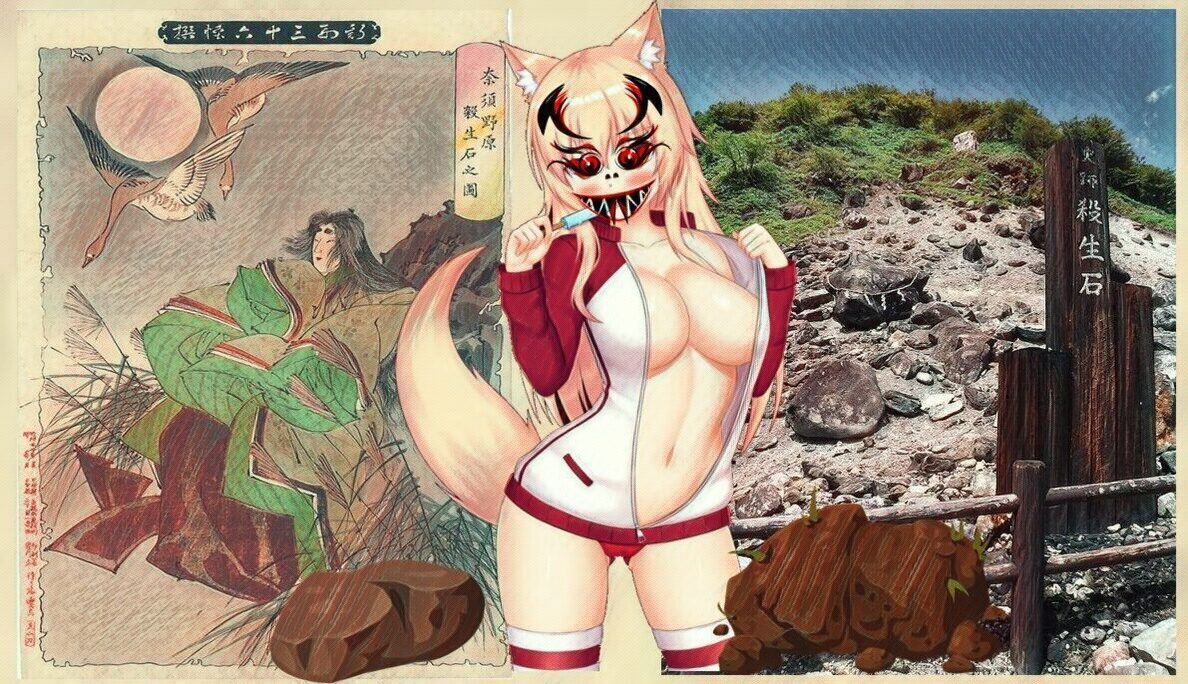 Image: Commons/Pinterest​
Alarming reports coming from the land of the rising sun speak of an ancient evil spirit recently set free and on the prowl for its next victim. We are referring to the Japanese legend of Tamamo-no-Mae, a nine-tailed, shape-shifting fox spirit responsible for causing havoc all over East and South Asia during the Bronze Age.

Lore has it, the evil fox spirit first began its campaign of mischief during the reign of Emperor Zhou, the last Chinese ruler of the Shang dynasty. According to legend, Tamamo-no-Mae possessed the body of a royal concubine and seduced the powerful king into committing unspeakable acts of violence against his own subjects, which eventually led to a massive uprising that ultimately ended his reign.

After the demise of Emperor Zhou, Tamamo-no-Mae took a trip to India, where she beguiled crown prince Banzoku. So powerful was her enchantment over this ruler, that she reportedly made him cut off the heads of a thousand men just to satisfy her bloodlust. Around 780 BC, the fox spirit returned to China, where it yet again possessed the body of another court concubine in order to carry out various and sundry nefarious activities.

Tamamo-no-Mae's history of perversity finally ended in Japan, where she became the "most favored courtesan of Emperor Toba." This ruler, however, wised up to her treachery thanks to a court astrologer, who alerted the Emperor about the otherworldly nature of his consort. With a death sentence hanging over her head, Tamamo-no-Mae had no recourse but to escape to the volcanic region of Nasu, where she supernaturally embedded herself into a stone called the Sessho-seki, or "Killing Stone."

A popular tourist attraction located in the Tochigi Prefecture, the Killing Stone was recently found split in half much to the consternation of its inhabitants. Word that the spirit of Tamamo-no-Mae had escaped its self-imposed imprisonment soon spread far and wide throughout the world. With some tabloids - who are not shy to capitalize on their reader's superstition - even suggesting the spirit of Tamamo-no-Mae may have redeemed its frequent flyer spirit miles to book a one-way ticket to Moscow.
Share:
Facebook Twitter Reddit Pinterest Tumblr WhatsApp Email Share Link
Top Bottom