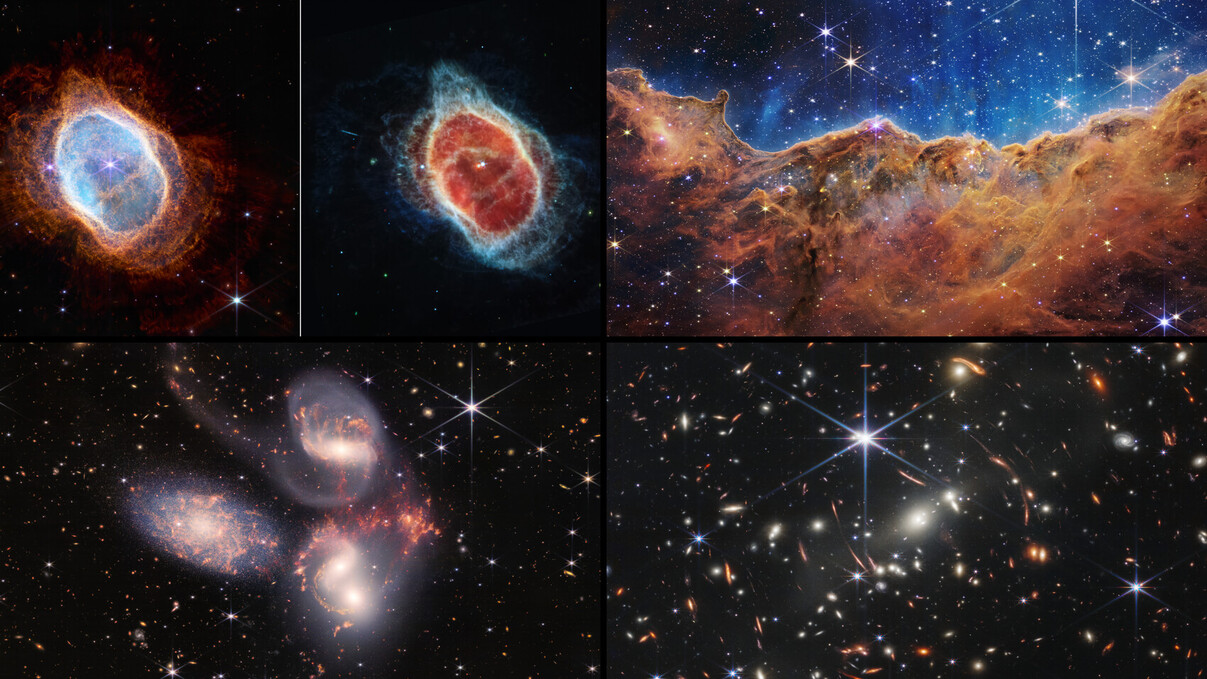 Image: NASA/JWST/ESA​
Four additional James Webb Space Telescope images were released today by NASA as part of their public outreach program. Yesterday, President Biden and Vice President Harris got briefed about the preliminary observations Webb is now conducting of the cosmos. The breathtaking images show with incredible detail how clusters of galaxies looked just a few million years after the creation of the universe.

Conspicuously absent from the stunning imagery display were exoplanets. Online UFO enthusiasts were hoping that NASA would release actual images of these abundant gassy giants and super earths known to exist and orbit just about any star peppering the visible universe. Instead, all they got was a spectrum graph with cryptic wiggly lines supposedly showing the atmospheric composition of WASP-96 b, a hot exoplanet orbiting its parent star every 3 days.

While it is undeniable that Webb will produce fantastic data and advance our understanding of the universe in unexpected ways, NASA critics suspect paradigm-shifting information will continue to be withheld from the public. The carefully curated process of conveying information to the public about what is seen by our most sophisticated instruments remains a hot topic of controversy among conspiracy aficionados, who suspect NASA is less than forthcoming when unusual things are captured by one of their space platforms. Follow the link below to download the hi-res images captured by the Webb Telescope.