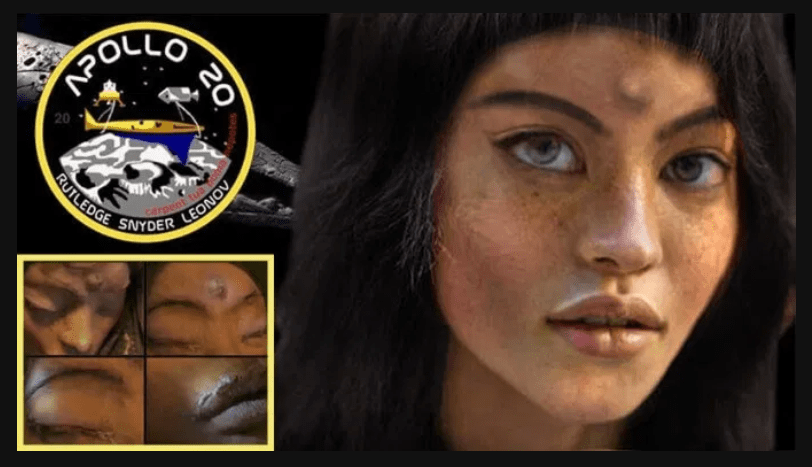 By January 1970, NASA had completed two successful Moon landings, and the rockets for Apollo 18 and 19 were almost ready to be taken to the launch pad. But cuts to the federal budget in the previous years put an end to the manned lunar space program. Or so we are told...

It is widely believed in conspiracy theory circles, that 3 more Apollo missions were covertly carried out by the United States in a joint collaboration with the former Soviet Union. And that on these moon expeditions, incontrovertible proof of alien life was found and recovered.

Stories of these alleged classified Apollo missions started appearing online around 2007, when a mysterious youtuber by the name of William Rutledge, uploaded a video to the popular streaming site claiming to be real footage of the Apollo 20 US-CCCP joint voyage to the celestial body. The mission's directive, according to the source, was to land near the Tsiolkovsky crater on the far side of the moon and explore a 2.5-mile-long alien spaceship previously spotted from orbit.

Rutledge, who also claimed to be the one of the Apollo 20 astronauts, described in detail the remarkable finding of a humanoid female alien in stasis inside the enormous ship, whom they labeled "Mona Lisa." 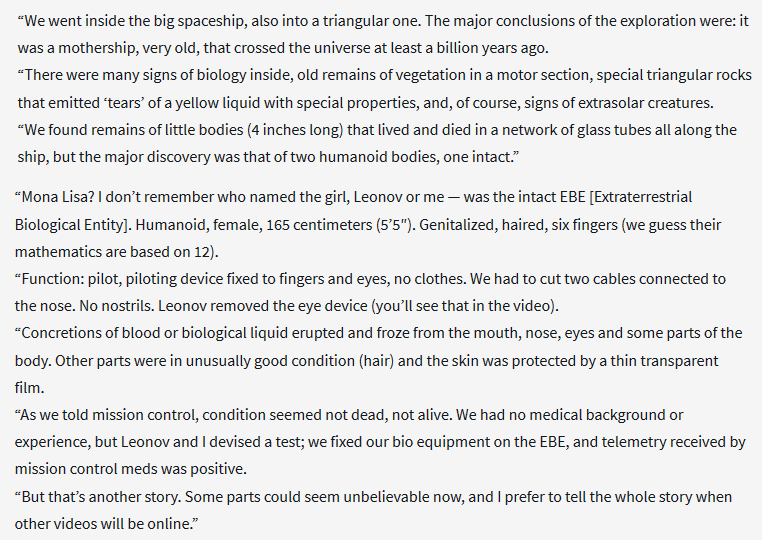 According to William, Mona Lisa was taken back to Earth as a living relic and proof that alien life exists in the universe.