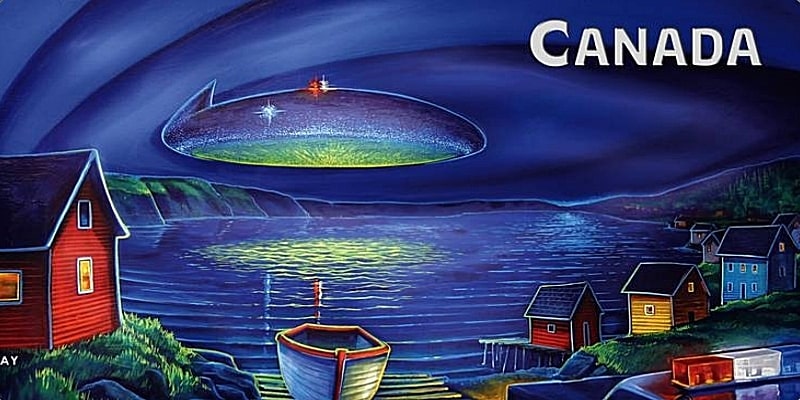 Image: Royal Canadian Mint​
In the early hours of October 26, 1978, Canadian Constable James Blackwood was dispatched to the scene of a UFO sighting in progress in the coastal community of Clarenville, New Newfoundland. Shortly after arriving, the alarmed residents directed his attention to a bright, fin-tailed, oval-shaped craft hovering above the water near Random Island. The perplexed officer, who initially thought the emergency call was probably the product of someone's imagination running wild, was suddenly confronted with the reality of having to deal with a genuine, unidentified flying object in his jurisdiction.

Uncertain as to what procedure he should follow, Constable Blackwood grabbed a pair of binoculars and turned on his patrol car's lightbar. To his amazement, the UFO responded in like manner by displaying lights that mimicked the cruiser's. The UFO, which remained silently hovering up in the air for approximately two hours, eventually began to slowly ascend until it vanished from view.